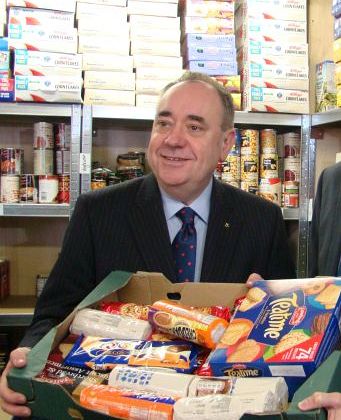 Benefits for the north-east’s poorest pensioners have been reduced by £3million since 2010, with a cut of £90million for Scotland as a whole.

Research by the House of Commons Library has shown 50,000 Scottish pensioners have lost benefits since 2010 with a cut of £90 million to Savings Credit, and pensioners across Scotland will lose out further as the benefit is to be scrapped for all new pensioners in 2016.

The cut has had a substantial impact on pensioners in every part of Scotland with 1,900 fewer people receiving it in Aberdeenshire – a reduction of £3,075,344.

Savings Credit is paid to poorer pensioners who have saved for their retirement. A single pensioner could receive up to £20.52 per week, or £27.09 per week for a couple.

As set out in the White Paper Scotland’s Future, following a Yes vote the Scottish Government will provide Scotland’s pensioners with a guaranteed pension of £160 a week from 2016-17, a triple lock and the continuation of Savings Credit.

“Scotland’s pensioners who have worked hard for their retirement are being hit hardest by these cuts.

“The UK Government has taken away £90million from some of Scotland’s most vulnerable residents since 2010 and in Aberdeenshire alone the benefit has been slashed by more than £3million.

“There are now 1,900 fewer recipients of savings credit in Aberdeenshire than there were four years ago despite Scotland paying more in taxes in each of the last 30 years than the rest of the UK.

“It is a pity that the people who have made these contributions and are now in retirement are not enjoying the benefits of their hard work.

“A Yes vote in September will mean that Scotland’s wealth can work for the people who live here – which includes a fairer welfare system and greater protection for our pensions.”

3 Responses to “2,000 Shire Pensioners Lose Out To Westminster Cuts”