The Land Rover and Diorama are moving on at the end of August. With thanks to Martyn Smith, Marketing & Events Organiser, Grampian transport Museum. 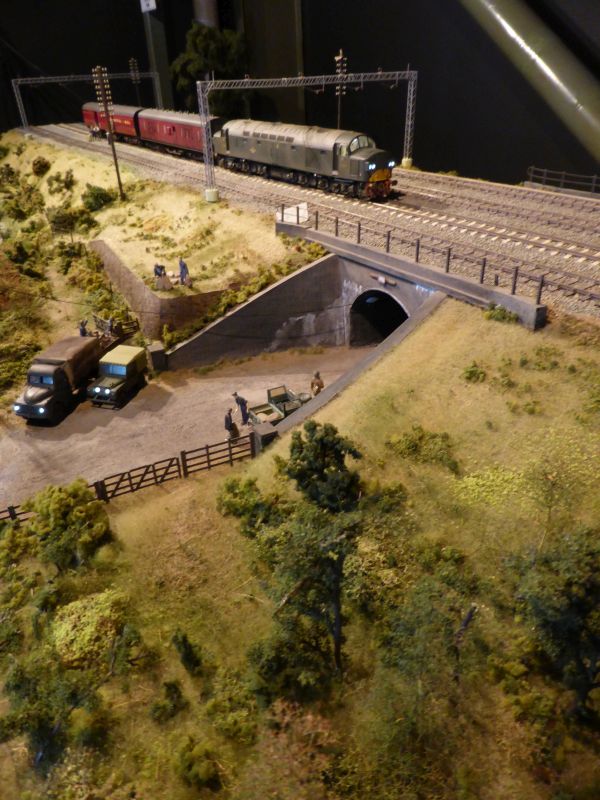 Time is running out for members of the public to catch a glimpse of history at the Grampian Transport Museum.

As part of this year’s Great Train Robbery exhibit, a Series 1 Land Rover and Austin Loadstar truck – two of the actual vehicles used in the raid – have been reunited for what is believed to be the first time since the night of the robbery.

The first serious exhibit of its kind, The Great Train Robbery provides an accurate and balanced insight into the events which took place in the early hours of 8th August 1963.

Still billed as the ‘Crime of the Century’ the temporary exhibition, produced by the British Postal Museum and Archive, is further complimented with evidence from Scotland Yard and private collectors.

To help set the scene an absolutely accurate Son et Lumiere model, showing the Bridego Railway Bridge in Ledburn, arrived at the museum in June having been kindly loaned by the Luton Model Railway Club. However at the end of this month both the scale model and Land Rover will be returning to their respective owners.

Mike Ward, museum curator, explains what having the diorama means for museum visitors:

“The robbery took place in the days before rolling news channels and social media meaning there weren’t any pictures taken at the time of the raid. However the Luton Model Railway Club has done a fantastic job of recreating such a detailed scene from the Police photography taken in hours after the event. Our Great Train Robbery exhibition is a fair and accurate account of the raid and its effects on all those involved. We’ve been very fortunate to have such a powerful and topical exhibition this season.”

The Austin Loadstar truck, along with the British Postal Museum & Archive exhibits, will remain at the museum until the end of the 2014 season.