The launch of Grampian Transport Museum’s 2013 season offers the public a host of exciting additions. Aberdeen Voice photographer Rob attended a preview and was highly impressed with the pride and passion which museum personnel have invested in the preparation of the exhibitions, epitomised by Marketing and Events Organiser Chris Anderson spending 3 hours polishing the chrome on the royal Daimler. 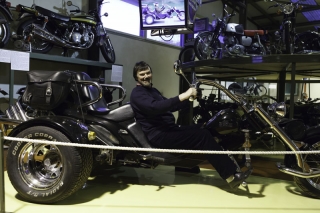 In this its 30th anniversary year, staff and volunteers at the Grampian Transport Museum in Alford have been busy making preparations for it re-opening on Friday the 29th of March.
A brand new exhibition area, ‘Pop Icons’, will reflect popular culture and design from the 1960s to the 1990s, bookended by one of the first and last Minis ever built.

This winter has also seen the addition of several exciting new exhibits to the museum’s collection including Billy Connolly’s motor trike – as featured in his world tour of England, Wales and Ireland – and a stunning supercar manufactured by Ascari, a company with fascinating connections to the North East of Scotland.

Grampian Transport Museum are also delighted to announce that a star of the big screen will also be unveiled at it’s preview event tomorrow evening. 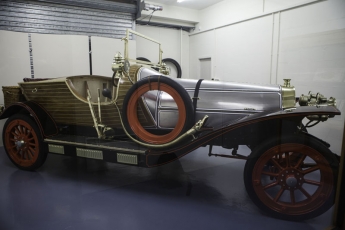 A late addition to the 2013 season, ‘Chitty Chitty Bang Bang’ will be on display to visitors from this Friday.
The car is one of 6 built for filming the iconic 1960’s movie and is coming to the end of an extensive restoration which GTM visitors will be able to view for the first time.

For the first time those visiting the museum in 2013 will be able to scan QR codes to view further content on their mobile device.

To facilitate this, codes will be placed next to various exhibits in order that visitors can view a range of images and video content from both the museum’s own archive and the British Pathe archives.

“Our staff and volunteers have been working hard to prepare for the new season and we are now putting the final touches together before we welcome our first visitors of 2013 on the 29th March.

“We are sure that visitors will enjoy the new exhibition and the opportunity to interact further with the collection through the use of new technology.”

The new season will be launched when the museum opens at 10am on Friday 29th March.