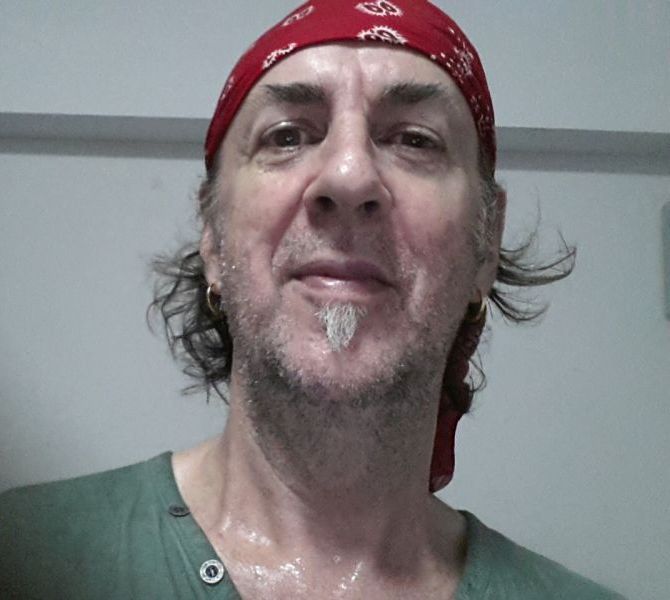 Too old to rock and roll – too young to crochet. Alex Pithie shares his experiences as a seasoned, working musician.

All those years ago on the frosty and otherwise barren rock they call the United Kingdom, when I first picked up a guitar and eventually started making vaguely bluesy noises like Peter Green, Keef and Eric and Jimi, I was stoked enough to go out and bankrupt myself buying a ’69 Fender Stratocaster – a white one just like Jimi’s, but right-handed.

Call it naivety but it never occurred to me that I was doing anything that might make me a fortune or a star one day.

I was getting more than enough buzz off the HH amp, my cool Fender axe, fierce pedals and small town adulation to think seriously about actually making a living doing this. I spent most of my time worrying how I was going to pay for all that ‘hip’ gear.

I eventually spent years as a ‘rock star’ on the road in the UK, and after my last original band – ‘RUDE’ – finally broke up, I got a Marshall 4×12 speaker top cabinet, and a Shure 57 microphone in compensation for my troubles as lead guitarist for more than 300 gigs.

The cash from the 300 or so gigs we did had gone to pay for roadies, strings, petrol, replacement Ford Transit vans, Ford transmissions, food, lodgings and bail.

In them days, anyone in Scotland with an inkling to go the whole hog and try the superstar rat race had to go south to London where the showcase gigs, the record labels and the music press lived. But parochial hicks from the sticks like us were way too modest and humble to embarrass ourselves, and only a few ever made it down there, their ambition and talent overtaking their modesty.

And a few even made it. Well Annie Lennox did OK.

But when you’re a gigging musician even though you know there’s a bigger picture, more money, fame and fortune, record deals, the whole nine yards, when you are in love with music and the gig, the lifestyle, it’s really secondary that success may or may not await you.

Realism prevails, and a lifetime just playing well, practicing, surviving and hoping for the big break, any break, are part and parcel of being where you love to be best – on the road playing.

Sure, you write songs. You demo them. You even do the label tour hawking your songs. But if that fails, you know that you’ve got enough gigs ahead to pay for that sexy guitar you’re eyeing up! Or the new baby! (Or new hairstyle if you’re a drummer!)

Good musos do it all day-to-day, day after day and maybe make a living. The better ones plot for the big time minute by minute, and generally go for it, ending up at least on some Caribbean cruise ship ‘reading’ standards night after night for three months at a time. It’s kinda big time.

Or land a gig as a sideman with a star (Aberdeen’s Dave Flett and Manfred Mann’s Earth Band/Thin Lizzy) or write that hit song that puts them on the map, however briefly (Aberdonians, The Shamen).

But if you ever get on stage and the band really nails it and you play that cover or that groove right on the money, there ain’t no better feeling.

Fact is, you leave your nerves behind you the minute you cross that line on to the stage and into the world of show business where nothing is more important than playing to the best of your ability to entertain the crowds.

After a pint or three of course.

You can impress them too with your skills or chops, but first and foremost – entertain them. You know you are working well when they tap their feet, dance, smile, sing along, cheer and applaud. The applause – what my friend Michael Joseph Kenny calls “spray” – is the most precious commodity in show business after talent (or a drummer who lives in the pocket).

And if the band is not smiling as they play, the spray when they stop will always do the trick – the exceptions being the drummer having a bad hair day or if the singer is pissed that he spilled beer on his new velvet trousers!

One Response to “Confessions Of A Scottish Rocker”