Torry has some amazing buildings, wonderful open spaces, history, and biodiversity. Victoria Road School is an important part of the community, and it should be rescued and not demolished. Suzanne Kelly reports 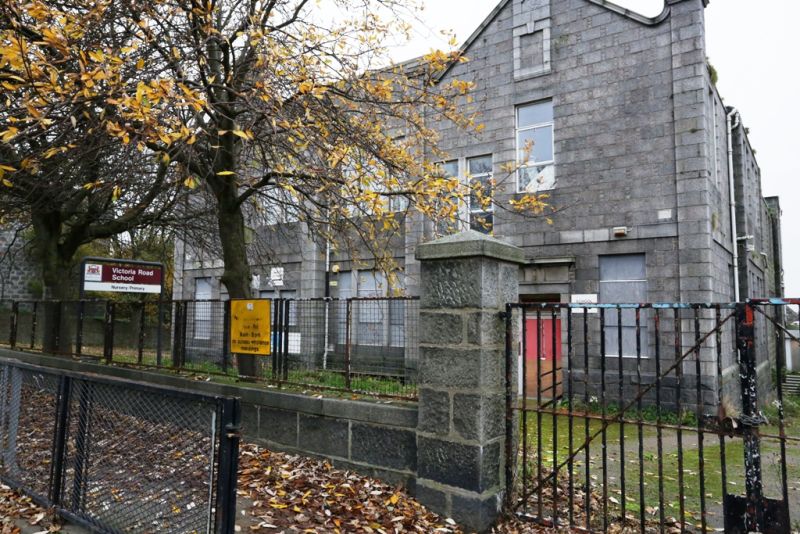 Torry has taken more than its share of hits in the past.

The original fishing village cottages were torn down for the oil and gas industry; it had a sewage plant plunked on the coast next to Nigg Bay, and its green open spaces and coastline are under a number of threats.

Tullos  Hill was denuded of animals and gorse for a tree planting scheme despite strong local opposition. It was made to sell coastal lands some years back to help the city balance its books.

Despite building new social housing on the school’s doorstep, the school was closed. Now there are plans to flatten one of our most recognisable landmark buildings, Victoria Road School,

Even though Victoria Road School was closed during the austerity cuts (and it should be noted that parents who worked for the council were strictly forbidden from protesting the closure of the school and its services) it remains an important, iconic, historic structure which should be re-designated as much-needed housing.

If the building is remodelled for housing, possibly with public spaces as well, it will benefit the local and wider Aberdeen communities. The council will hopefully be convinced to choose this greener option of re-use rather than destruction to save this important part of our built heritage.

Perhaps even more importantly, choosing a greener path will benefit the environment as there will be considerably less of a carbon footprint associated with re-use of the existing structure. Aberdeen has four of Scotland’s top ten most polluted roads; and two of them (Market Street and Wellington Road) impact on Torry.

The city is behind in its CO2 targets; continuous loss of green belt and destruction of buildings which could be renovated add to this avoidable pollution. Such initiatives have been used in other parts of the UK for quite some time, and it is time Aberdeen embraced such schemes which will preserve the fabric of our granite heritage which creating housing.

“ Torry Public School opened on 2 May 1873 on Abbey Road. The local Fishermen’s Association had voted £1400 towards its construction. As the population grew in size there was a need to expand the school. In 1905 the old Abbey Road school was extended considerably, at a cost of £8700, and renamed Victoria Road Primary School. Part of the old building was incorporated into the infants’ section of the ‘new’ school.”

The school was built from the generosity of the Torry fishing community. 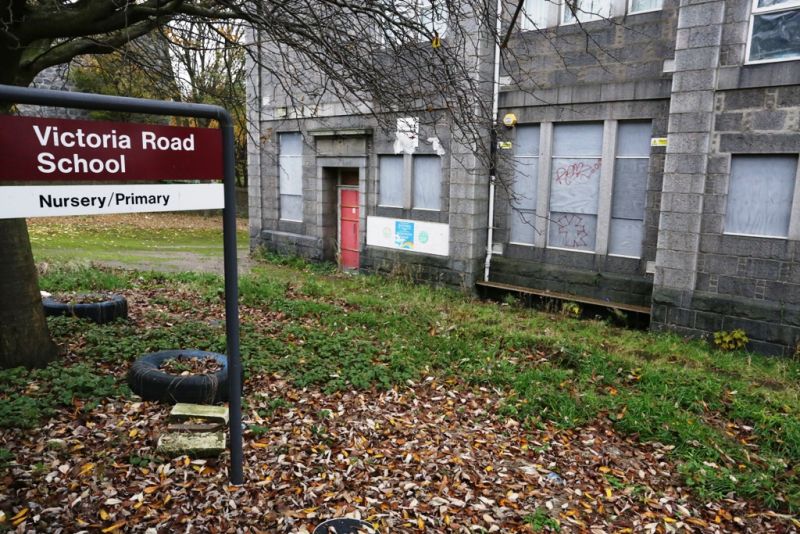 The Old Torry area has unique local history, architectural character and environmental sensitivity as well. Doing anything to further alter the nature of the residential area would only be detrimental.

The community was not long ago asked to sell some of its green land to the Fisheries Commission so they could enlarge their own building’s footprint; the gift to the local residents was an all-weather pitch – which was meant to benefit the Victoria Road School children.

Later on social housing was built in the area; one of the main reasons the housing was welcomed by existing community was that the family housing would increase the number of pupils at Victoria Road School. The closure of this much-loved school and community centre has had a detrimental effect on the residents and the area.

It is a building which can easily be re-used for the benefit of all. The housing proposal for this site will benefit the community; it should be the option taken.

Local resident Fraser Mitchell had this to say:

“Granite is part of our city’s USP (that’s Unique Selling Proposition for those not fluent in marketing-speak.) ‘The Granite City’ and ‘The Silver City’ – the alternative names by which Aberdeen is known throughout Scotland, Britain and the rest of the world – conjure up images of imposing structures as Marischal College, the Music Hall and the Town House.

“Somehow ‘The Concrete n’ Glass City’ just doesn’t have the same ring to it. But you just need to take a walk or a drive around Aberdeen to see how many recent buildings just don’t seem to fit in with the established ones and look, well, very much out of place. Like a blueberry muffin in a tray of rowies.

“This is why we should be doing our utmost to preserve our existing granite heritage and, where structures are threatened, use our creative energies to ‘reboot’ them for the 21st century.

“The impending demolition of the Lower Hospital at Cornhill, parts of which date from 1822, shows the danger of leaving sites derelict. Gutted in a fire last Guy Fawkes Night, much of the site is to be cleared to make way for a housing development by a prominent building company.

“The same cannot be permitted to happen to Victoria Road School. Although the buildings are neither listed nor in the ‘premier league’ of Aberdeen’s granite buildings, they are of historical merit and without doubt are an integral part of the fabric of Torry.

“There’s no point in saying what we should have done or could have done once the bulldozers have moved in for the kill – the action must be taken now.”

It is strongly suggested anyone interested in saving this building from demolition should contact their councillors now. You can find them here.

A petition was just launched to save Victoria Road School; it can be found here.