As a preliminary to the evening’s theme Serialisation and Bleak House, chairman Dr Paul Schlicke revealed that Dickens Fellowship HQ is ‘full of enthusiasm’ for Aberdeen’s adoption to the Fellowship. We’re the first in Scotland since the Edinburgh Fellowship disbanded in 1956. Hibernian FC have not won the Scottish Cup since 1902. The Voice’s David Innes calls in. 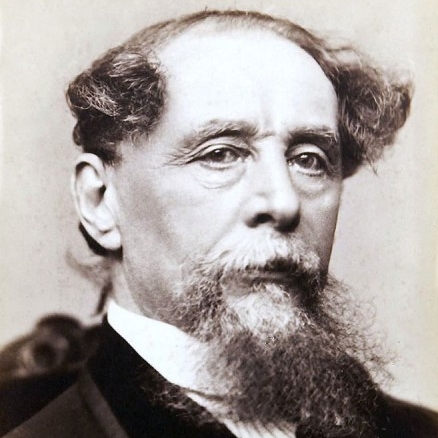 The University of Aberdeen’s Dr Dan Wall, a local member, introduced Serialisation and Bleak House by recalling the approach taken by the BBC’s Andrew Davies to its 2005 Bleak House broadcasts.

Davies’s production offered twice-weekly, 30 minute, episodes to replicate, as far as televisual serialisation would allow, how Dickens planned Bleak House to be offered to the public.

Serialisation, Dr Wall told us, was not exclusive to Dickens. Near-contemporaries, including Gaskell, Eliot, Trollope and Conrad, all used weekly or monthly journals to reach the widest possible audience.

Periodical publication had several advantages during its heyday of 1830-1870.

It was a cheap means of accessing fiction at a shilling (5p) per issue, when three-volume novels, the favoured structure of publishers and libraries, cost a hefty three guineas (that’s £3.15, kids).  Not everyone who read serialised fiction, or had it read to them, bought the numbers.

Subscription libraries, which themselves would contribute to the demise of serialisation and working men’s clubs were means by which fiction could be accessed. With the expansion of rail travel and the ubiquitous WH Smiths, periodicals sold well to passengers.

Publishers loved serialisation’s profitability. With no need for binding and covers, the use of cheaper paper and with pages of advertisements sandwiching the narrative, periodic publication was attractive.  When the novel was published in full, the same plates were re-used to minimise type-setting costs.

As for Bleak House, monthly publication allowed Dickens some breathing space to fit in his other considerable writing and editing commitments. Once his copy had met the deadline, he was free to pursue these.

He also had an eye on literary piracy; even before The Pickwick Papers’ serialisation was completed, and before Dickens had finished writing it, there were nine stage adaptations in production.

For a writer as prolific as Dickens, serialisation meant that more than one work could be worked on simultaneously. Piecemeal novel release saw each issue reviewed, giving free advertising and attracting readers who, once they had committed to a narrative, were unlikely to stop purchasing it. Bleak House, in particular, can become that addictive, believe me.

As always, the group discussion was informative and entertaining when we,

Nothing changes, it seems, but Dickens endures.

The Fellowship will conclude its consideration of Bleak House on Tuesday 3rd December, 2013, when Dr Paul Schlicke will talk on the theme, Plots and Detecting in Bleak House, followed by a discussion seminar on numbers 16–20, chapters 50–67.

More information on the Aberdeen Dickens Fellowship can be obtained at https://sites.google.com/site/aberdeendickensfellowship/