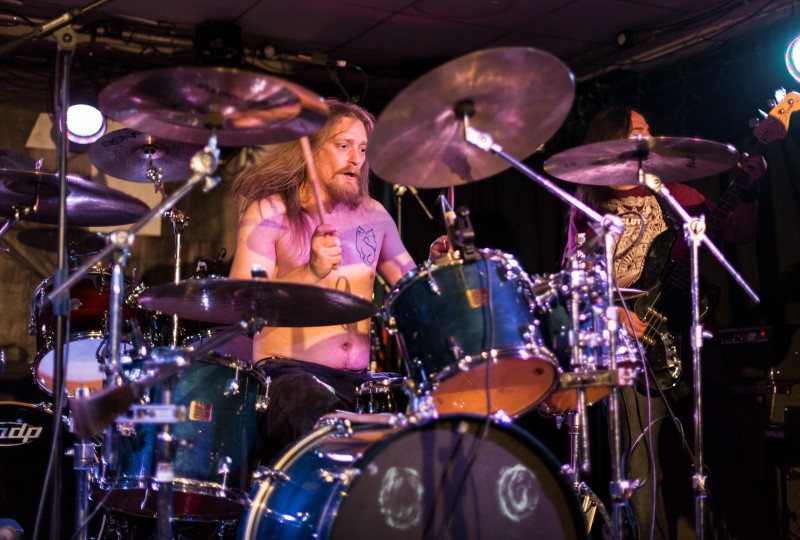 Looking back over the last two nights of shooting, I find myself reflecting on the contrast between the venues.
I found Café Drummond, admittedly a small venue, to be frustrating in the extreme whereas The Lemon Tree was much more fun.

Why? It was all down to the lighting.

Lighting is a major factor in live music photography; dim lighting can mean you come away with nothing apart from noisy, poor resolution images. Picking through your images from the evening afterwards can be soul destroying.

If you do find any that look half ok, you zoom in to check focus and their eyes are so dilated they look like they’ve been taking something very interesting indeed. Welcome to Café Drummond – the home of ‘high ISO hell’ (as a fellow photographer put it). 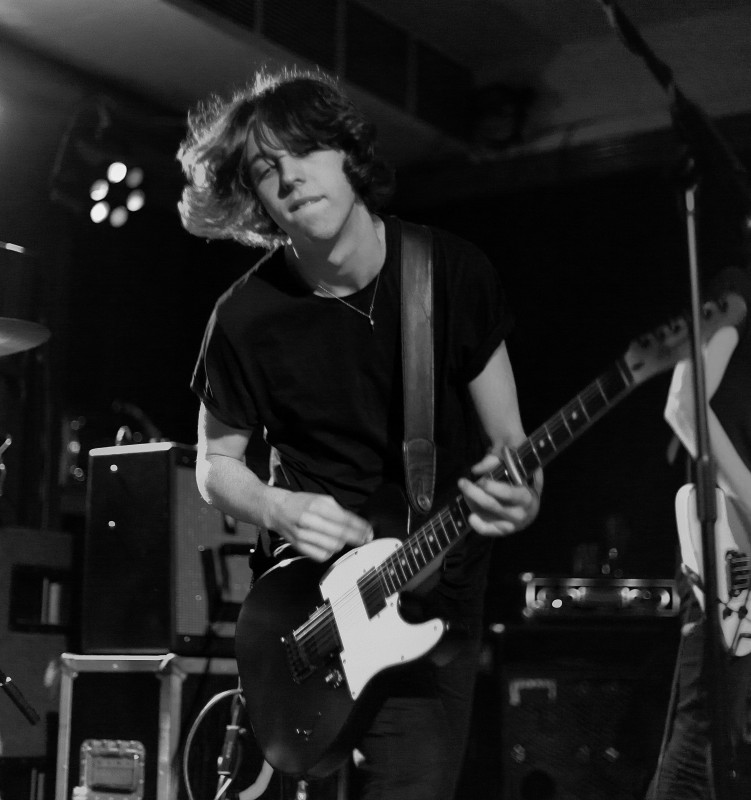 The light in Drummonds was so dim that even lenses designed to work in low light were having trouble finding a focus. Orange backlights and few front spots meant that the backs of the band were brighter than their fronts; tricky to deal with because it’s the faces you’re interested in.

Café Drummond doesn’t have a photo pit or the 3 song limit. You’re in amongst the crowd, trying to keep out of the way of dancers & beer. You also have the hazard of people wanting you to take their photos as they mug for the camera.

Between sets I was approached by a girl who was interested in what camera I was using.

We chatted briefly, culminating in getting out my phone and showing her some of my more recent flickr images. She got excited over the Johnny Marr photos from last week, made a mental note of my flickr name and then went back to her friends. 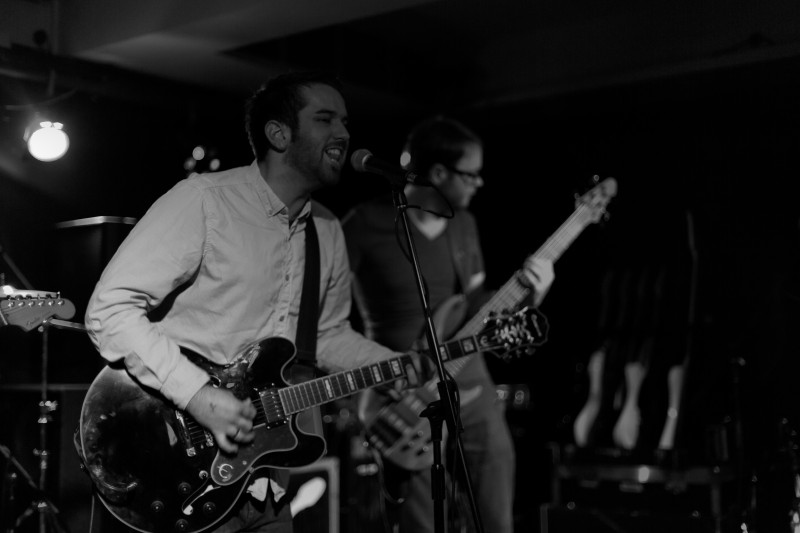 On later perusal, I have a few images that look ok, but they’re not images I will treasure and I mentally cross this venue off my list of places to shoot again.

On a plus note I seem to have acquired a new flickr follower.

How were the bands?

Well, because I was shooting the complete sets, I suffered from what I call ‘concentration deafness’. I certainly wasn’t standing there wishing my earplugs were stronger though. I do remember thinking that some of them didn’t look old enough to be in a pub, but I think that’s more an issue of my age than theirs.

The support acts – Redfoot the Fence and Velvet Audio – were well received and enjoyable to listen to. As for the headline act – Catfish & The Bottlemen  – they were pretty tight and well-rehearsed.

They did seem to be struggling with their sound at one point, as the lead singer kept asking for volume increase.

As it turned out, he was getting a hum through his floor monitor so he couldn’t actually hear what they were doing.

They were plenty loud enough for those of us in front of them and the crowd was rocking.

I would go to see them again and hope (on a purely selfish note) that if they return to Aberdeen, their next venue is better for shooting.

The following evening I was expecting a much better experience. I’ve shot at the Lemon Tree before and, though the lighting can be variable, it is usually an order of magnitude brighter than what I’d just experienced.

There is a good sized photo pit here, and they generally enforce the 3 song limit. 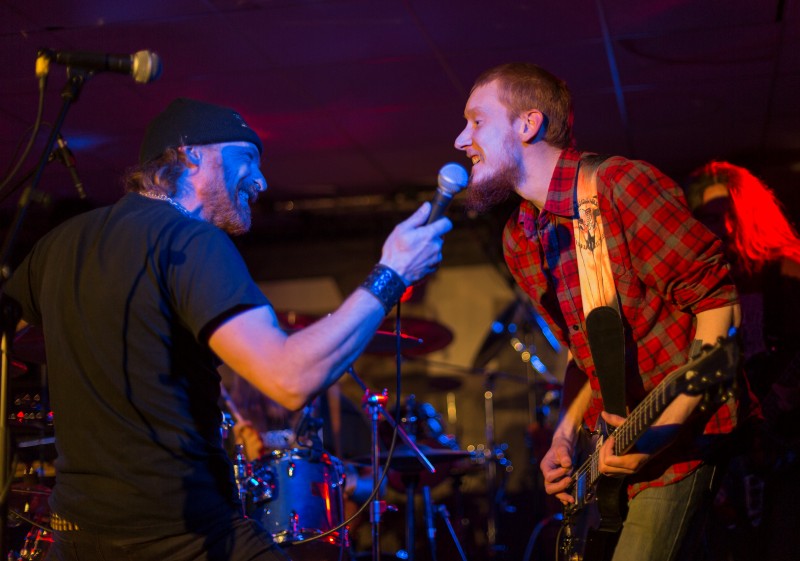 There were three of us in the pit for the first band – Bisongrass – and we were treated to an energetic performance from their lead singer, who spent a lot of time hanging from the light fixtures at the front of the stage and clambering around in the pit.

Some bands can be fun to shoot and some can be so static that it is difficult to get an interesting shot of them. Metal bands are rarely boring to shoot, which means I’m in for a great evening.

Between sets, I discover a few acquaintances dotted around and kill some time chatting. Back at the pit, there is a small altercation going on; some more photographers have arrived unexpectedly and one of the first photographers is unhappy that the pit will contain more people for the next sets.

This issue is resolved by staggering the group into two sessions, although the pit is certainly big enough for 5 people in one go. 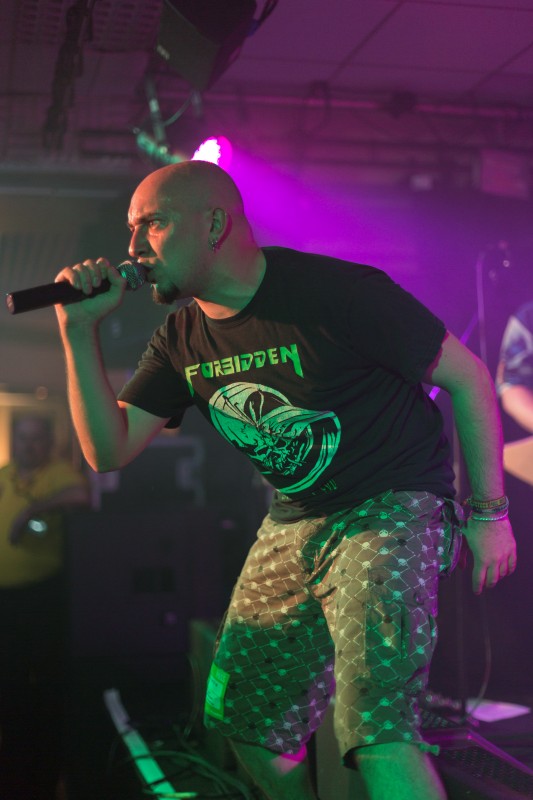 Next up is Thrashist Regime.

Before we go into the pit, I chat to another photographer who has shot them before.
He warns me that the lead singer has a habit of disappearing into the crowd with his radio mic, sometimes even into the street outside.

Sure enough, he’s over the pit wall and off into the crowd. The band is a fun shoot with lots of crowd interaction.

At one point the singer jumps into the pit next to me, startling both of us as I don’t think he’d noticed me there.

I get given a microphone to yell into (I declined to comment) at which he laughed and moved on to a more willing participant.

Once more out of the pit and watching the rest of the set from behind the rail, I’m left roaring with laughter as a gentle ballad to an explosive event a few years back in Auchenblae is announced and then thrash metalled out. 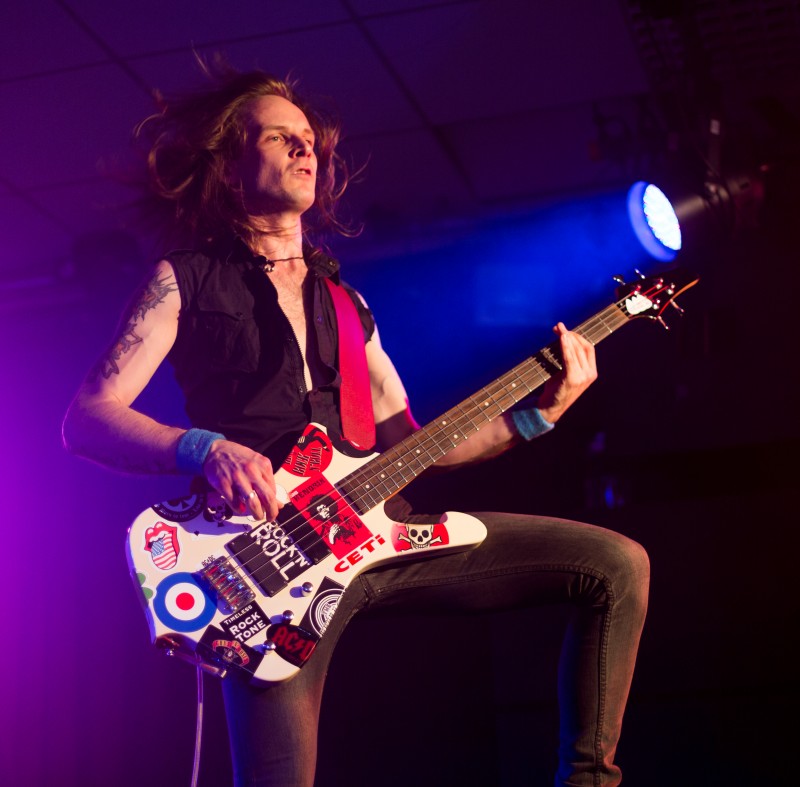 Grzegorz Kupczyk’s CETI are a well-known Polish
old-school heavy rock band that have recently signed
with Fat Hippy Records and are tonight launching their
new album, ‘Ghost Of The Universe Behind The Black Curtain’.

With a fairly large Polish community in Aberdeen, they attract many tonight who are familiar with their work.

Unusually, the most flamboyant band member on stage
is the Bass guitarist. Later on he performed a fascinating solo, something not normally seen these days.

It is obvious from watching, that they are familiar with performing to a larger crowd than they had tonight; audience interaction is constantly sought. 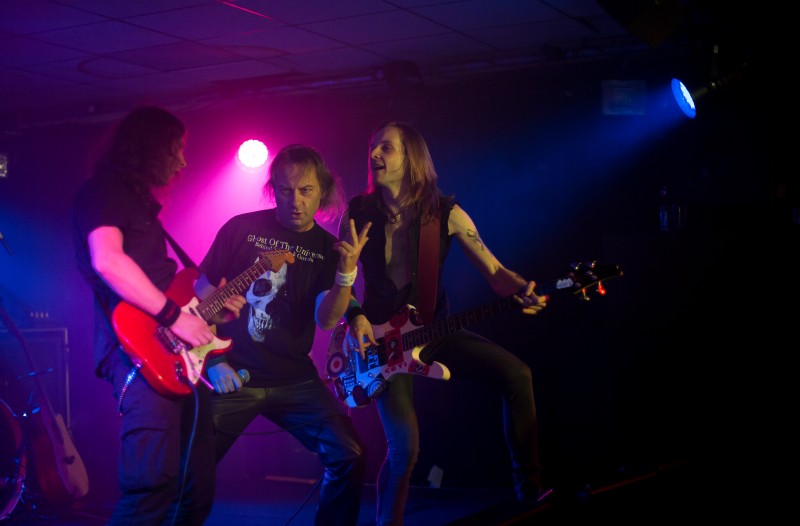 Indeed some of their gigs in Poland include festivals attracting 20,000 people. They are known as the ‘Polish Iron Maiden’; not a bad description.

They were a joy to shoot and fun to watch. Despite the language barrier I found them entertaining; some of the largest laughs on my part were purely from body language and one occasion where Grzegorz asked, ‘How are you doing Aberdeen?’ to which a lone Aberdonian voice replied ‘Not so bad’.

7 Responses to “Musings Of A Newish Music Photographer No.2”