A Hollywood star is set to top the bill at an Aberdeen variety show on Wednesday 11 September 2013. The Drummond Varieties will welcome Scott Land, lead puppeteer on Team America: World Police, to Belmont Street’s Cafe Drummond later this month. 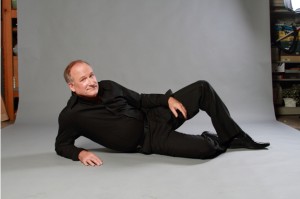 Scott Land will be travelling to the UK in September and will be performing at monthly variety showcase The Drummond Varieties. Having worked on a number of high profile Hollywood films – including Team America: World Police, Forgetting Sarah Marshall, and The Princess Diaries – Scott is one of the world’s most in-demand puppeteers.

“I really love performing in the UK so I can’t wait to get on stage at the Drummond Varieties and show the people of Aberdeen what I have to offer. I’ll be taking some of my favourite marionettes with me, and hope to show the audience something they might only have previously seen on television or in movies.”

Also performing at The Drummond Varieties in September is Aberdeen magic duo Fifth Dimension. Blending magic and humour, Fifth Dimension were the first act from the North East of Scotland to be invited to appear at Hollywood’s prestigious Magic Castle. Expect the unexpected as they perform impossible feats right in front of your very eyes, while making you laugh along the way.

Completing the line-up is top local singer-songwriter Davy Shanks, one of Aberdeen’s most popular musicians, and comedian William Bradshaw, whose slick delivery has seen him grow from strength to strength.

The show will be hosted, as ever, by Aberdonian magician and performer Eoin Smith.

“We’re moving into our fourth month now, and each month the shows are getting stronger and stronger. I was lucky enough to see Scott Land perform earlier this year and I know the audience is in for a real treat!”

The Drummond Varieties is a monthly showcase of amazing variety and cabaret acts held in Aberdeen city centre. Entrance to the show also includes a delicious meal and the chance to win brilliant prizes. Previous acts include comedian and radio DJ John McRuvie, magician Garry Seagraves and ventriloquist Tiffer Robertson.