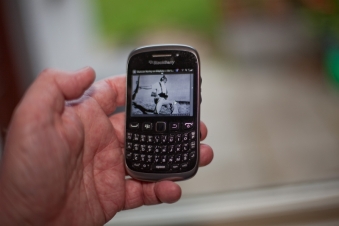 After the killing of Drummer Lee Rigby in Woolwich last week, the media were swamped with images, news and comment about the
event.

It was of course a tragedy, and there is no getting away from that.

The backlash against the Muslims of the UK is also a tragedy, and there is no getting away from that either.

The men who killed the poor soldier had seemingly seized on Anders Breivik’s concept of attempting to bring about change through the shock of terrorist acts against random victims. Breivik, who of course famously boasted of being an ultranationalist, murdered his victims in a very public spectacle and on a scale almost unheard of since the atrocities perpetrated by the fascists during the 1940s.

He calculated, wrongly as it turned out, that his actions would be the spark which would bring about a mass revolt against what he called multiculturalism in Norway. Breivik wanted to be seen as sane, so that his actions wouldn’t be dismissed as those of a lunatic. He said that he acted out of “necessity” to prevent the “Islamization” of his country.

He got that wrong, since his actions in murdering 77 men and women simply horrified the world and led to many in Europe questioning the apparent leniency of the 21-year sentence imposed on him by a Norwegian court.

Breivik continues to make headlines by disseminating his ideas from his prison cell and has recently tried to register a political association which lists amongst its aims the “democratic fascist seizure of power in Norway” and the establishment of an independent state.

An abiding and powerful image from his trial is of Breivik in the dock, with one arm raised in a neo-fascist salute reminiscent of those, hopefully long gone, days of National Socialism. The harnessing of the power of the image for propaganda value is of course nothing new.

In 1798 Napoleon Bonaparte, who was at that time a mere general in the French army, invaded North Africa, landing near Alexandria in early July and entering Cairo on the 24th of that month.

He took with him a group of artists who had the task not only of recording the Egyptian artefacts and buildings which they came across, but also of portraying Napoleon’s victories and conquests in the Nile Delta and at the Battle of the Pyramids. 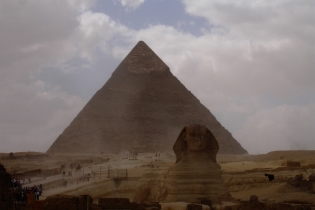 Ultimately, the campaign came to grief and some revisionist historians might even consider it a complete disaster.

The French fleet was utterly destroyed by Nelson at the Battle of the Nile in Aboukir Bay, and a combination of local resistance from the Mamelukes plus the intervention by the British meant that the French adventure in Egypt was virtually over by September
1801.

Not one to boast about failure however, Bonaparte returned to France with his war paintings and diaries portraying great and heroic victories. These were very well received, and by 1804 he was able to crown himself Emperor of all France. The rest is history as they say.

The advent of the portable camera in the early part of the 19th Century enabled the propagandists of the world to use images in much more powerful ways. Instead of heroic paintings of charging soldiers or victorious generals on horseback, images could for the first time reflect reality. The American Civil War, the Crimean War and the Boer War were amongst the first photo-documented conflicts.

Although the French photographer Henri Cartier-Bresson is often credited as being the first photojournalist, this is almost certainly not the case. His images are sharp, his composition is tight: however, somewhat like Napoleon Bonaparte, his marketing skills may have led some folk to this rather dubious conclusion.

Roger Fenton photographed the Crimean battlefields in 1853 long before Cartier-Bresson was even a twinkle in his parents’ eyes. Balaclava, Lord Raglan and the Light Brigade were amongst Fenton’s subjects as he toured the battlefields with his horse drawn “photographic van”.

Mathew Brady photographed the American Civil War. At the beginning of that war, in 1861, Brady organised his employees into groups, in order to spread them across the war zones, and provided them with horse drawn carriages. These were in fact rolling darkrooms, needed to develop the photographic plates into pictures.

Almost killed by shell fire at the Battle of Bull Run, Brady through his many paid assistants took thousands of photos of American Civil War scenes. Much of the popular understanding of the Civil War comes from these photos.

The photojournalist is not quite dead, although many have indeed died getting that shot

The Boer Wars, known in Afrikaans as the Vryheidsoorloë, or literally “freedom wars”, were two wars fought during 1880–1881 and 1899–1902 by the British Empire against the Dutch settlers of two independent Boer republics, the Orange Free State and the Transvaal Republic.

There are literally thousands of images taken during the wars by dozens of photographers, including a few of Winston Churchill in his pre-glory days.

Things have changed in recent years however. The boundaries between the professionals and the amateurs have become blurred. Anyone with a few dollars and a strong shutter finger can record events. Facebook, YouTube and Flickr will host most images and comments. Sky News, Al Jeezera and the BBC encourage the sending-in of anything remotely newsworthy in the hope of a scoop.

The photojournalist is not quite dead, although many have indeed died getting that shot. These days though, everyone is a taker of images. The mobile phone and social media allow news, comment and images to span the world in seconds. All of us are now citizen photojournalists and when the issues with smart phone image quality are solved, as indeed they will be, there will be little need for the professional.

However who today has made the connection between extreme events and the use of social media via the “smart” phone, which can make us all promoters of the extremist elements in our midst? The Woolwich terrorists, if that indeed is what they are, are indebted to folk like Steve Jobs and that man from Microsoft.

The images on the front of the tabloids and the footage streamed into our living rooms following the murder of Drummer Rigby were not taken by professional photographers. The news teams missed the event. In fact they were not even invited. The killers of Drummer Rigby made sure of that.

They knew only too well that passers-by and onlookers could and would record the event and broadcast footage and comment around the world within minutes of it happening.

The propaganda victory for the killers is of course that we saw it all as it happened. There were a few heroic folk who intervened, of course. But at the end of the day, the good citizen photojournalists of Woolwich played right into the plans of the terrorists and took some nice snaps of the event.