With thanks to Doug Haywood. 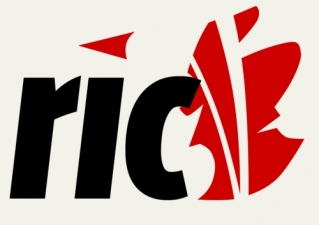 The Aberdeen Radical Independence Campaign (RIC) will be holding a People’s Assembly in the Foyer from 1.00 p.m. to 5.00 p.m. on Saturday 25th May.

This is a chance for people to come together, share ideas, ask questions and discuss the kind of Scotland that we want to build.

The event is free and speakers will include John Finnie MSP, Susan Archibald the Disability Rights Campaigner, Maggie Chapman a Green Party Councillor, Jill from Aberdeen Against Austerity and Euan Benzie from the local RIC group.

Aberdeen RIC was set up following the national Radical Independence Conference in November last year which agreed a Declaration that is explicit about what we need for the citizens of Scotland.

The UK is the 4th most unequal country in the developed world.   Alistair Darling, head of the NO campaign has said that Labour will cut “tougher and deeper” than Thatcher.  No matter who is in power in Westminster, a fairer society will not be on their agenda and the worst of the austerity cuts are still to come.

We are tired of complaining about Britain – it is time to talk about what Scotland can be.

Scotland can be a participative democracy.

Scotland can be a society of equality.

Scotland can be a just economy.

Scotland can be a great welfare state.

Scotland can be a good neighbour.

Scotland can be a moral nation.

This is a Scotland which British politics has robbed from the Scottish people.  We want it back!

Our future is unknown, which is good.  Only in uncertainty can hope and possibility prosper.

We choose the chance to fight for a better Scotland; we reject the offer to endure more of the same indefinitely. We are socialists, feminists, trade unionists, greens. We are from the peace movement, from anti-poverty campaigns, from anti-racists groups. We are community activists, civil liberty campaigners, the equalities movement and more.

This is going to be a lively afternoon and we hope that as many people as possible will come to ask questions and contribute to the conversation.

The Aberdeen People’s Assembly is being held in:

For more information check out our Facebook page at https://www.facebook.com/groups/AberdeenRIC/ or telephone 07813 085896.