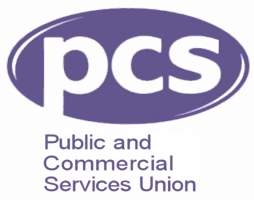 As more vital services continue to be closed or cut back, the Courts too are under pressure.  Brian Carroll of the PCS Scottish Courts Branch explains.

Brian Carroll, Branch Secretary of the PCS Scottish Courts Branch, expressed  extreme disappointment that the Scottish Courts Service is pressing ahead with its proposal to close courts across Scotland:-

“Despite the substantial opposition and number of negative responses to the consultation, proposals have survived almost totally intact.  We are sure that this decision will be greeted with dismay, not just by our members who will be affected, but also within the communities they serve.

“It is our opinion that these proposals are about fitting the delivery of justice into a reduced budget and nothing to do with modernisation or with the proposed justice reforms that are under consultation presently. The introduction of any reforms is not reliant on the closure of courts.”

“This is a bitter blow to our members in those courts threatened with closure as well as to the public, as yet another in a long line of public services suffers from the ravages of the cuts agenda.

“PCS will continue to work unstintingly to ensure that the interests of those members affected are protected. We will also campaign vigorously against these proposals on behalf of our members and to ensure proper access to justice for all the people of Scotland.”