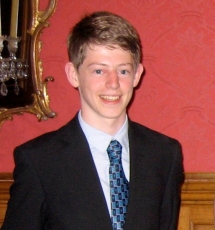 Councillors David Cameron and Marie Boulton have been invited to the next meeting of the Aberdeen City Youth Council to introduce a debate on the recent decision to give a license to Cineworld cinema in Union Square.

“I have invited Cllr Cameron and Boulton to discuss the Licensing Board’s decision to grant Cineworld a license to sell alcohol as I believe it is an issue of great significance to Aberdeen’s young people.”

“A large number of under-18s attend the cinema frequently and their parents consider it to be a safe environment to leave younger teenagers on their own in the evening or at the weekends. Allowing people under the influence of alcohol and youngsters to mix in this environment is potentially dangerous.”

“However, I see the merits of granting such a license and I am aware that in certain circumstances it could be used to the cinema’s advantage.”

“I’m interested in hearing the councillors’ comments and finding out what the rest of the youth council think of the decision.”