David Milne, resident at Aberdeenshire’s coastal Menie Estate, launched a petition on 14 February 2013 which may yet lead to the local and national governments being scrutinised over their handling of planning permission granted to Trump International to build a complex on the estate. Suzanne Kelly reports. 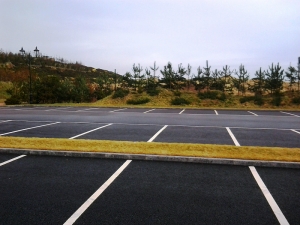 Milne explained to Aberdeen Voice that he worked with the Public Petitions Committee for several months before the wording was agreed and accepted.

If four thousand people sign, then the petition will go before the relevant committee – and an inquiry could be launched.

Since its launch on Valentine’s Day, people have been signing rapidly.  At the time of writing, the petition is less than 500 signatures short of its 4,000 target.

The more signatories, the more likely it is that the Committee will look into the manner in which planning permission was granted.

In an unprecedented move, central government called in Trump’s plans  for scrutiny when the local authority turned them down.

Opponents to the scheme claim that the site is far too large (900 holiday homes, 2 golf courses, homes for over 400 staff, a hotel, etc.), that two SSSIs would be compromised, there would be a permanent, detrimental effects on wildlife, lack of road infrastructure, and other reasons made the development overly ambitious and not sympathetic to the site. 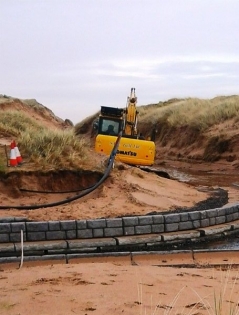 Residents have been subjected to intrusive private security operations, and have lived with the threat of compulsory purchases orders. Huge mounds of earth – bunds – have been built up on two sides of the Munro family’s property and part of the Milne property, blocking sunlight, coastal views, and causing dust and dirt problems.

Proponents say that the plans have been previously scrutinised.  However, the role of local and national government has not been formally examined.  Aberdeen Voice will shortly carry a report on potential areas for investigations covering both public and private sector issues.

The petition which can be found at http://you.38degrees.org.uk/petitions/public-inquiry-into-handling-of-the-trump-resort reads:-

“We are calling on the Scottish Parliament, through the Public Petitions Committee, to urge the Scottish Government to hold a public inquiry into the way local government, Scottish Ministers and other relevant public bodies conducted themselves throughout their dealings with the Trump Organisation in relation to the Menie project.

“Why is this important?

“Only a full public inquiry can now get to the bottom of this story. We need to know how local and central government dealt with the Trump Organisation, what was offered by whom and when, and we need to establish why planning guidelines and environmental regulations were simply unable to protect our community and the unique environment we live in. Finally, we need to know what changes can be made so the planning system again works like it is supposed to.”