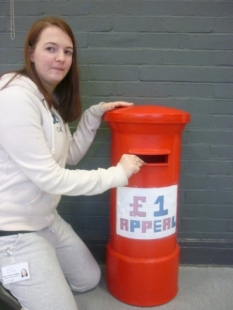 The charity celebrates its first five years this year. However, it is in dire need of a much bigger bus to enable the folk it supports to get out and about.

“This appeal is a massive challenge, but it’s needed as so many disabled people rely heavily on transport to get from A to B safely. To get this 17-seater bus, we’re going to have to raise approx £15,000, which is a huge project, but it can be done”

Fundraisers will be at various locations in the city to collect your cash donations. You can keep up to date at www.future-choices.org.uk .

Future Choices has also teamed up with local author Kathleen Kennedy, who has published a book describing how disability affects day-to-day lives. It can be purchased via Amazon, and it’s called ‘Yes, I Can, and I Will’. Proceeds of the book sales will go towards the Appeal. You can find it at http://www.amazon.co.uk/I-Can-Will-Kathleen-Kennedy/dp/0956554822

There’s also a video on YouTube that the Charity has released to explain why this appeal is so important. It’s at http://www.youtube.com/watch?v=D42XOq2Jwys