As part of Israeli Apartheid Week SPSC Aberdeen presents a screening of the award-winning documentary Roadmap to Apartheid.  The film presents a detailed look at Palestine/Israel and how the concept of apartheid can be used to understand the historical and ongoing situation. 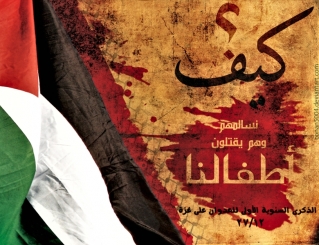 Israeli Apartheid Week (IAW) is an annual international series of events held in cities and campuses across the globe.

The aim of IAW is to educate people about the nature of Israel as an apartheid system and to build Boycott, Divestment, and Sanctions (BDS) campaigns as part of a growing global BDS movement.

Lectures, films, and actions will highlight some of the successes of the BDS movement and build / support ongoing campaigns.

Speakers and full programme for each city will be available on this website. Join us in making this a year of struggle against apartheid and for justice, equality, and peace.

“In this award-winning documentary, the first-time directors take a detailed look at the apartheid analogy commonly used to describe the Israeli-Palestinian conflict.

“Narrated by Alice Walker (author of The Color Purple), Roadmap to Apartheid is as much a historical document of the rise and fall of apartheid in South Africa as it is a film about why many Palestinians feel they are living in an apartheid system today, and why an increasing number of people around the world agree with them” (official website).

We hope to see you there for what should be a very interesting watch and discussion.