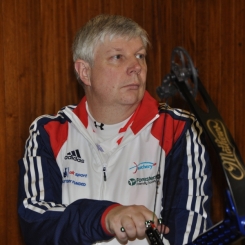 Broch Archery Club member Alasdair was the second placed British competitor in the competition, which was won by Canada’s Kevin Evans.

Alasdair narrowly missed being selected for a place in the Great Britain archery squad for the London 2012 Paralympics later in the year, being pipped in the men’s compound by a single position.