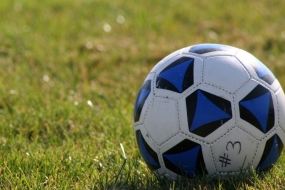 Cults Academy pupil Duncan MacPherson (17) and 16-year-old Lewis Clow from Pitmedden, are included in the squad that travels to Belfast on Friday 25th May to take on Northern Ireland and England on consecutive days over the weekend.

“The future squad is a vital part of our Cerebral Palsy International Pathway.  The opportunity for the young, inexperienced players to play in an international tournament is vital to ensure they can fully develop and one day push for a place in the ‘A’ squad.

“We are delighted how the players have developed over the past twelve months.  The future squad are very talented and a number of the players will be moving up after the summer and hopefully play at next year’s Intercontinental Championships.”

Any player with cerebral palsy, acquired brain injury or stroke can become involved in football by contacting David at the SFA on David.McArdle@Scottishfa.co.uk or 0141 616 6077.