A campaigner against a controversial deer cull has asked the Health & Safety Executive to investigate Aberdeen City Council over its failure to follow its own risk assessment which identified lethal risks to the public and ‘non-target’ species while the shooting took place. With thanks to Suzanne Kelly. 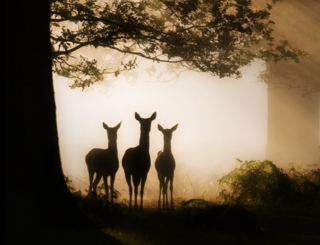 Twenty-three roe deer were culled by Aberdeen City Council earlier this year on Tullos Hill in the south of the city.

The City says the cull was necessary for its ‘Tree for Every Citizen’ scheme, which started life largely as a Liberal Democrat election pledge. Protestors and a variety of animal welfare charities disagree.

Aberdeen City later claimed that the cull was prompted by new deer management legislation (a claim again contested by opponents).

The question is:  did the City endanger people during the shooting operations?

The City created a risk register concerning the cull, which warned of risks including ‘fatal injuries from misuse of / damage to firearms’.  The heavily-redacted risk register was obtained by Aberdeen Voice’s  Suzanne Kelly via a Freedom of Information request.

The risk register noted the ‘possibility of fatal injuries from misuse of / damage to firearms’ to ‘members of the public’.  Some of the risks identified were ‘injury from firearm discharge (either via ‘blocked barrel or obstructed view when shooting deer’ and ‘trajectory of bullets beyond target’.

The Risk Register prescribed that ‘Cautionary notices will be placed at all known access points to the sites where deer management is taking place’.

Kelly and other frequent visitors to the hill during the period the cull was taking place saw no such warning signs.  A Freedom of Information Request concerning the use of signs is now overdue.  Kelly explains:

“We only discovered details of the shooting recently, and many protestors and local residents are alarmed that they saw no warning signs when they visited the hill.  Freedom of Information Requests by Animal Concern Advice Line, myself and other cull opponents have resulted in knowledge of what animals were shot and when, but my specific request on the warning signs is now overdue and unanswered.

“People deliberately visited the hill to look out for any evidence a cull was on; none of my contacts encountered signs at any entrances to say there was cull and a lethal risk if they went further.  It certainly seems people may have been on the hill oblivious to the presence of hunters with rifles killing the deer and posing lethal risk.

“Bullets can travel a considerable distance – a quarter of a mile is not impossible.   The Council must prove that they informed the public as per their own risk register and safeguarded the public’s welfare, but the evidence suggests this was not the case.”

“I wrote an Aberdeen Voice article which asked whether hunters had been firing weapons while people were on the hill without warning signs being up.  Well, someone from the city contacted me to correct a small part of the story (about who was involved in the shooting) – but absolutely no one to date has come forward to say the City posted the required signs.

“You would think that if the City acted correctly, they would have immediately called me once the story was published to demand a correction and to supply evidence of compliance.  But this is not the case.”

Kelly acknowledges there was one small sign deep within the grounds of the hill concerning ‘forestry operations’ being carried out.   This however cannot have been the appropriate warning the council’s own documents said was required.

As an example of good practice, during a recent deer cull at Bennachie, a very large sign was posted at the entrance point which clearly stated deer were being culled, shooting was going on, and what the dates and even the times were, so people were aware of danger.  This sign at Bennachie clearly warned people not to be in the area during those times.

Would people have willingly gone onto Tullos Hill when marksmen were shooting animals?  Kelly has her doubts.

“If there were warning signs at the entrances to the hill, then I would never taken a further step (I normally use a main signposted entrance as well as other access points).  I would instead have immediately reported far and wide that this controversial cull was in progress, something the City wanted to keep secret, as evidenced by correspondence between it and the SNH.

“You have to wonder – did the city’s desire for secrecy lead to sacrificing public safety in order to hide its unpopular cull?  Thank goodness there were no injuries from for instance a shot that had missed its target.  But either Aberdeen Council put up signs (which no one saw as far as I know) or it didn’t.

“If it didn’t, then it is time to investigate why not, find out who is at fault, and examine this unwanted scheme in detail.  I am not alone in wanting to see the project scaled down and any further culls prevented.”

The shooting took place between 12 March and 9 April 2012 with hunting often conducted in the evening hours.

“I would personally have been present on the hill on several occasions when rifles were being used.  I would go very often after work, and while I saw children, families, people on motorbikes and pets, again – I never saw a single warning sign regarding the danger.  It makes me feel extremely angry and a bit ill to think our safety may have been compromised.  I want to get at the truth.”

“I anticipate being asked to address Aberdeen’s new Housing & Environment Committee when it next meets to discuss lessons learnt and to try and prevent next year’s and future planned culls from taking place for the benefit of this ill-advised tree planting scheme.

On Wednesday, Aberdeen Press & Journal carried an article confirming the number of animals shot, but which quotes Scottish Natural Heritage guidelines, indicating there is no legal requirement for erecting warning signs.

“Whether or not there was a legal requirement for warning signs, the City created a risk register which said there was a lethal risk, and that they would erect signs to warn people.  Not to follow their own procedures will have risked public safety – and the public are not going to take this very well at all.

“I will continue my research, particularly on the cull details, and the precise legal requirements the Council claim to be sticking to about deer overpopulation.  The City knows the deer migrate and are not trapped on the hill; if there is a law demanding that 23 deer in these circumstances be shot, then it should be questioned.

“These deer were nearly tame, lived in stable numbers for at least 70 years, and initially were targeted by the city strictly to further its tree-planting scheme, against public wishes.

“Those responsible for this entire situation should not think the matter is closed by any means.  One last point; it is surprising and disappointing that the Press & Journal seem to have concluded that there was no reason to put up warning signs when gunfire was occurring – it may not have been a legal requirement, but the most basic common sense dictates people should not have been endangered – and looking at the shooting times, it certainly seems this was the case.”

STOP PRESS: Further information has just come to light since writing this article concerning how the cull was handled; many questions have arisen.  The City will be asked to clarify some apparently contradictory details released in Freedom of Information requests.  A critique of a report written jointly by the City and ‘CJ Piper & Co’ in support of the deer cull is forthcoming, as is a further review of the project’s finances to date. Anyone with concerns as to safety issues or comments about the cull and the tree scheme is urged to contact their city councillors.