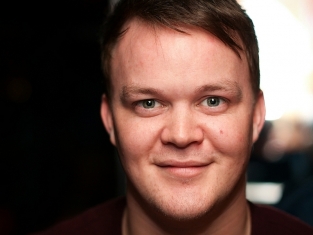 Following a sell-out performance at Aberdeen’s AECC last month, the students of some of Aberdeen’s secondary schools are set to receive a boost to their fundraising for next year’s Rock Challenge, after an Aberdeen singer announced the proceeds of his latest single will all be donated to the cause.
Myke Black tells Aberdeen Voice all about it.

Myke Black, 25, is an acoustic singer/songwriter based in Aberdeen, and released his debut album, ‘Nice Little Earner’, at the end of 2010.

Speaking of his decision to donate the proceeds of his latest single Do What You Want to Rock Challenge, Myke said:

“I was very impressed by what the charity aims to do, and achieves, for young kids every single year. I am always happy to do my bit for charity, plus the last time I released anything was at the end of 2010, with my debut album Nice Little Earner. So this was an opportunity for me to do something worthwhile for a good cause, and an incentive to record and release a brand new track”.

“I have to admit that I knew nothing about the charity when they first approached me. But once I was told about what they do and the scale they do it on, I was more than keen to get involved!” 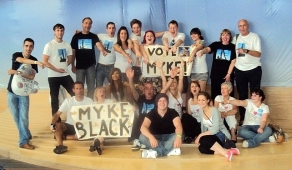 Rock Challenge is a worldwide performing arts competition for children aged 12-18, which sees young people express themselves through a piece of dance or drama with their school.

Underlying the event is a message encouraging young people not to get involved with drugs or alcohol; to be their best without the need for stimulants.

Myke was invited to perform the charity single at the AECC as part of the Aberdeen heat of Rock Challenge back in February.  He said:

“I performed the song live in front of 3000 people and it was very well received. I also watched all the performances by the 7 schools that were taking part that night and I was blown away by their efforts.”

“I feel privileged to be a part of Rock Challenge UK and The Be Your Best Foundation and I would be more than happy to continue to with my involvement in the future, providing they feel the same way!”

The single Do What You Want is available for download from iTunes now. 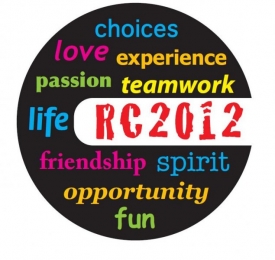 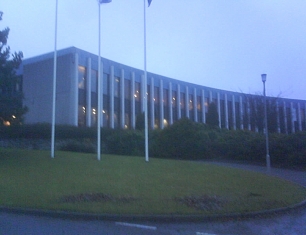 The reality of the cuts being forced on Scottish councils was all too apparent at Aberdeenshire Council last Thursday (24 March).  Several papers at the Education, Learning and Leisure Committee dealt  with proposed policy changes intended to give effect to budget cuts voted through the Council in November and February.

On the agenda were cuts to secondary teacher numbers, the number of depute heads in some academies, the provision of fruit for primary pupils, and the extension of charging for musical instrument tuition. The Democratic Independent group of councillors, of which I am a member, opposed these cuts at the full council meeting in November 2010 when the Council voted for budget reductions totaling almost £27 million in 2011/12.

The specific proposals at the Education, Learning and Leisure Committee covered only a small proportion of the wide-ranging cuts Aberdeenshire is making in education. The proposals on secondary school staffing will impact directly on classes, including possibly resulting in larger class sizes for S1 and S2 Mathematics and English, and also on school management – at a time of change in the curriculum.

The proposals for additional charging for musical instrument tuition may result in some pupils being prevented from learning for economic reasons. The proposal to end the provision of free fruit to P1 and P2 children three days a week was part of proposals for reducing spending on school catering.

Obviously, none of these service reductions is desirable, and no-one at the Committee pretended they were.

Take the fruit provision for example.

We know we have a considerable problem of poor diet, such as too much fat and salt, and associated health issues such as obesity. So learning about food and healthy eating is an important part of education. Getting young children accustomed to healthy food is crucial as part of setting a pattern for later life.

Given the seriousness of the problem in Scotland, addressing this issue has to be a priority.  Not only does the individual benefit, but there are potentially  significant savings to the public sector, particularly the NHS, from  improvements to people’s diet. We should not therefore be reducing efforts to get young children into good eating habits.

What makes me angry is that these cuts are unnecessary.

It is still wasting money on preparatory work for the Aberdeen Western Peripheral Route, a project that is now simply unaffordable

Firstly, the Council should not have been put in the position it has been by the Scottish Government, having both its grant cut and a Council Tax freeze imposed on it.  Effectively, allowing for inflation, the Council Tax is being cut year after year. That is not financially sustainable and public services are suffering as a result.

Had the Council been allowed to decide on the level of Council Tax next year, some of the cuts to services could have been avoided. Aberdeenshire’s Band D Council Tax is £1141. A one penny in the pound increase, £11.41 per year or 22 pence per week, would bring in around £1.2 million to help pay for public services.

All the cuts included on the Education, Learning and Leisure Committee’s agenda last Thursday and more could have been avoided had the Council been allowed to increase the Council Tax by just a penny in the pound.

Secondly, the Council could have chosen different priorities for spending. It is still wasting money on preparatory work for the Aberdeen Western Peripheral Route, a project that is now simply unaffordable. Schools should come first, not grandiose and unaffordable road schemes.

But, at last Thursday’s Education, Learning and Leisure Committee, all the proposed education cuts were accepted by the Committee.

– Martin Ford is the top candidate on the Scottish Green Party’s list of MSP candidates for the North East Scotland Region at the forthcoming Scottish Parliament election.