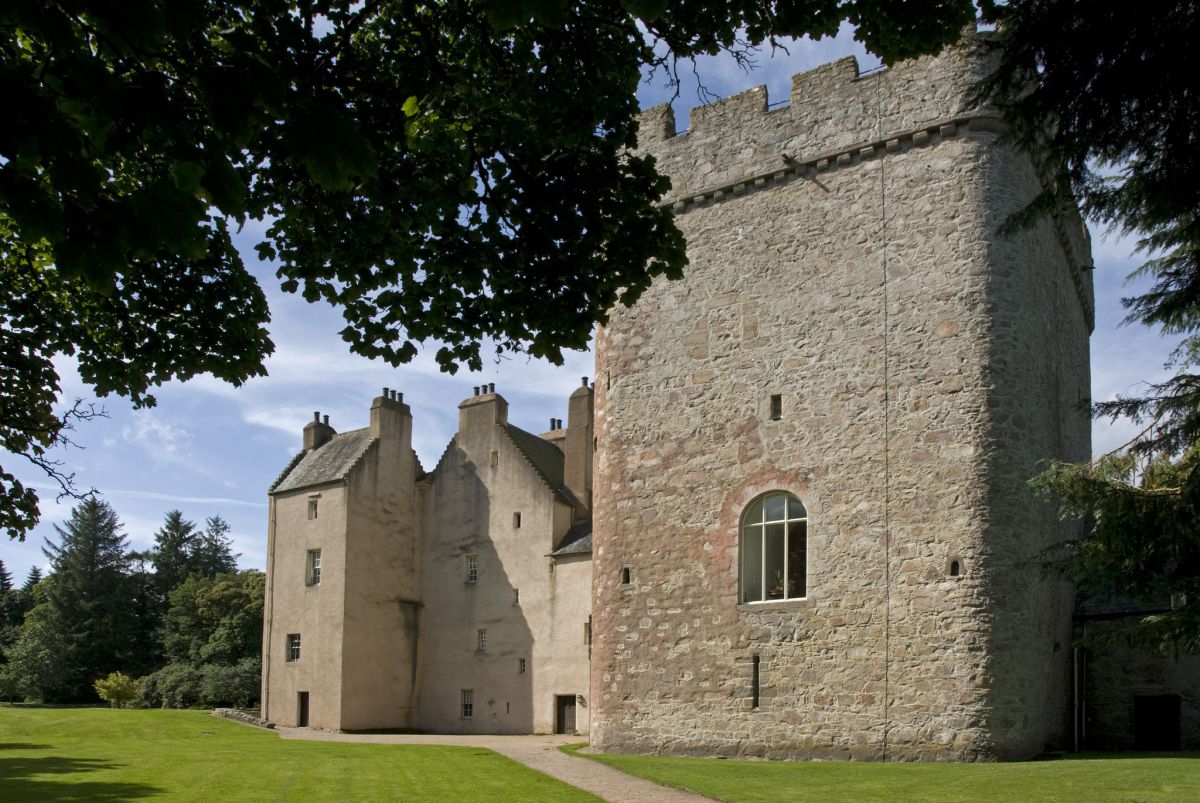 Illyria stages an open-air performance of the Gilbert and Sullivan classic opera ‘The Mikado’ at The National Trust for Scotland’s Drum Castle, near Banchory.
Performed by a cast of 6 actor-singers accompanied by a musical director on keyboards, it is produced on a stage boasting a strikingly large and authentic Japanese torii gate.

Despite the reduction in scale not a word from WS Gilbert’s libretto is cut, nor a single note or harmony from Sir Arthur Sullivan’s score unsung.

Running time is approximately two hours including an interval and spectators should wear appropriate outdoor wear, provide their own seating and are welcome to bring a picnic supper, with hot drinks and snacks available from the tea tent both pre-performance and during the interval.

For more information about summer events at Drum Castle – and other National Trust for Scotland properties – visit www.nts.org.uk 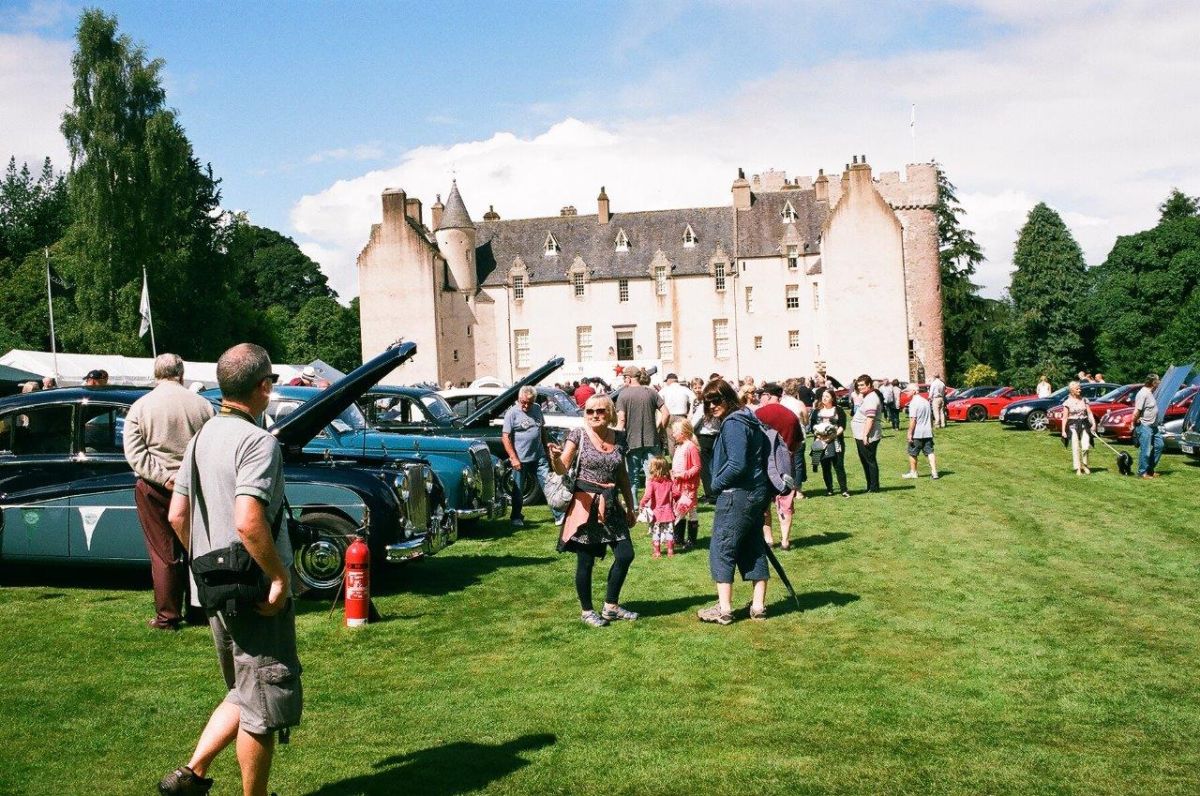 The Jaguar Classic Show returns to Drum Castle on 30 July.

The annual Jaguar Classic Show returns to the National Trust for Scotland’s Drum Castle for the eighteenth time this July, and is sure to delight motoring enthusiasts across the north east of Scotland. The castle’s expansive south lawn will become home to some of the finest examples of Jaguar engineering and design in the country, courtesy of the Grampian arm of the Jaguar Enthusiasts’ Club.

This year the JEC will also be showcasing classic Daimler vehicles, which became part of the Jaguar family after the brand was bought in the early 1960s.

The motoring showcase will also feature performances by Inverurie Pipe Band and a raffle, with every penny raised going towards charity Friends of Anchor.

For more information about summer events at Drum Castle, Garden & Estate – and other National Trust for Scotland properties – visit www.nts.org.uk 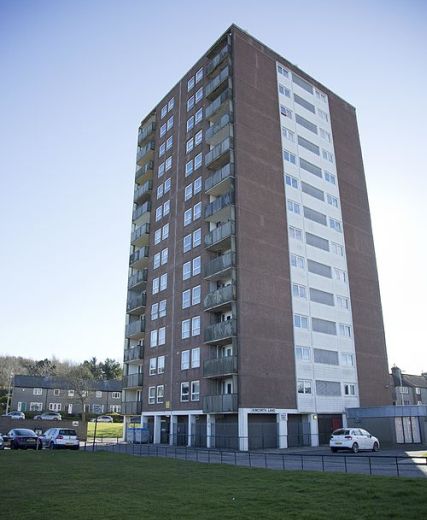 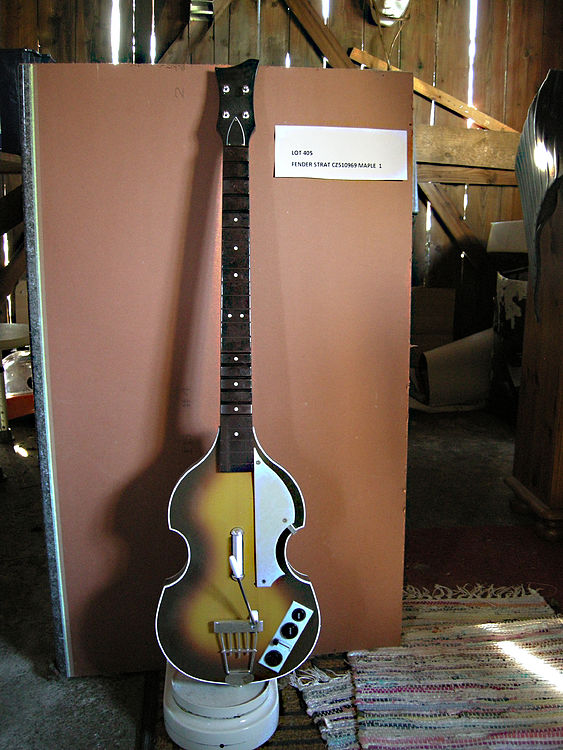 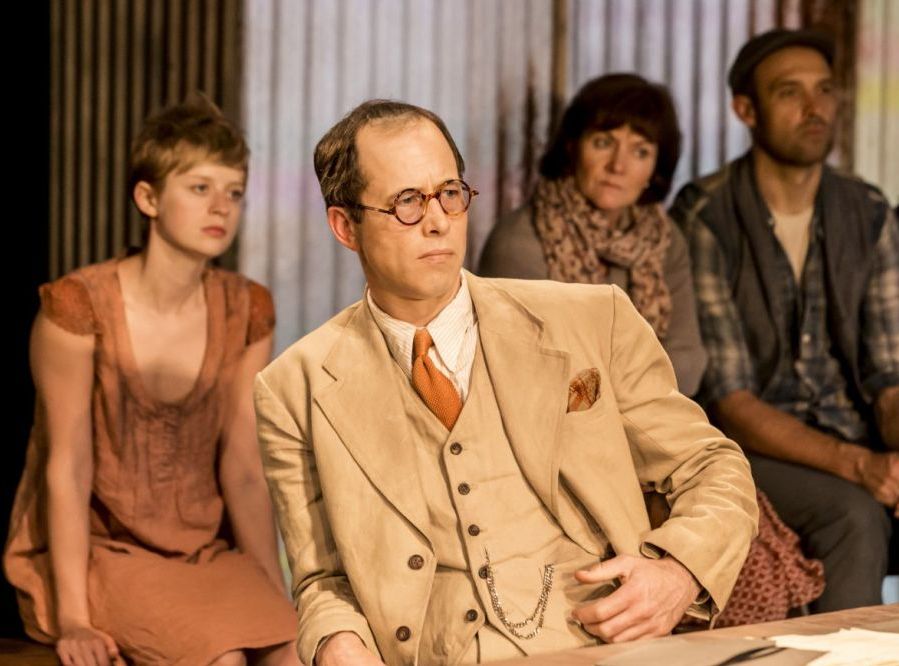 Daniel Betts as Atticus Finch in ‘To Kill a Mocking Bird’ at HM Theatre Aberdeen until Saturday 21st February.

In this, Christopher Sergel’s stage adaptation of the 55-year-old story, the central tenets of the novel, innocence and generosity, are well portrayed indeed.

From curtain rise to final bow, this production will delight theatre-goers and, crucially, fans of Harper Lee of all ages. It might even bring on a tear or three.

From the moment in Act One when the cast walk on stage, via the auditorium, the lights remain virtually undimmed; signalling to the audience that a degree of unbridled participation may be required.

Crucially, that participation does not require prior reading of the novel. All that is required is some attention and some imagination as the story unfolds.

Readings from the original novel are intertwined with the plot and the theatre-going audience is drawn seamlessly into small town Alabama in the steamy heat of the Depression-hit summer of 1933.

It takes but a few minutes to realise that this is a production like few others.

The set is almost bare aside from a few weathered chairs, some chalk-drawn town boundaries and an old rusted corrugated iron fence.

While novelist Harper Lee’s narrator Scout, played by leading lady Rosie Boore, swings on an old car tyre hung from the solitary tree in the Eastern corner of the yard, cast members recite extracts from time battered copies of the original novel.

This is the US Deep South at its most formidable. A place in time where racially-charged prejudice sits unmoving alongside a slow but inevitable force for reform. A story of injustice is about to be played out and only a very few could fail to be moved.

The tale is well known.

Local black man, Tom Robinson, played by Zackary Momoh of Holby City fame, is falsely accused of the rape of a white woman, and Scout’s dad, Atticus Finch, played by Daniel Betts, defends him despite the foregone conclusion of guilt due to simply being a “nigger”. 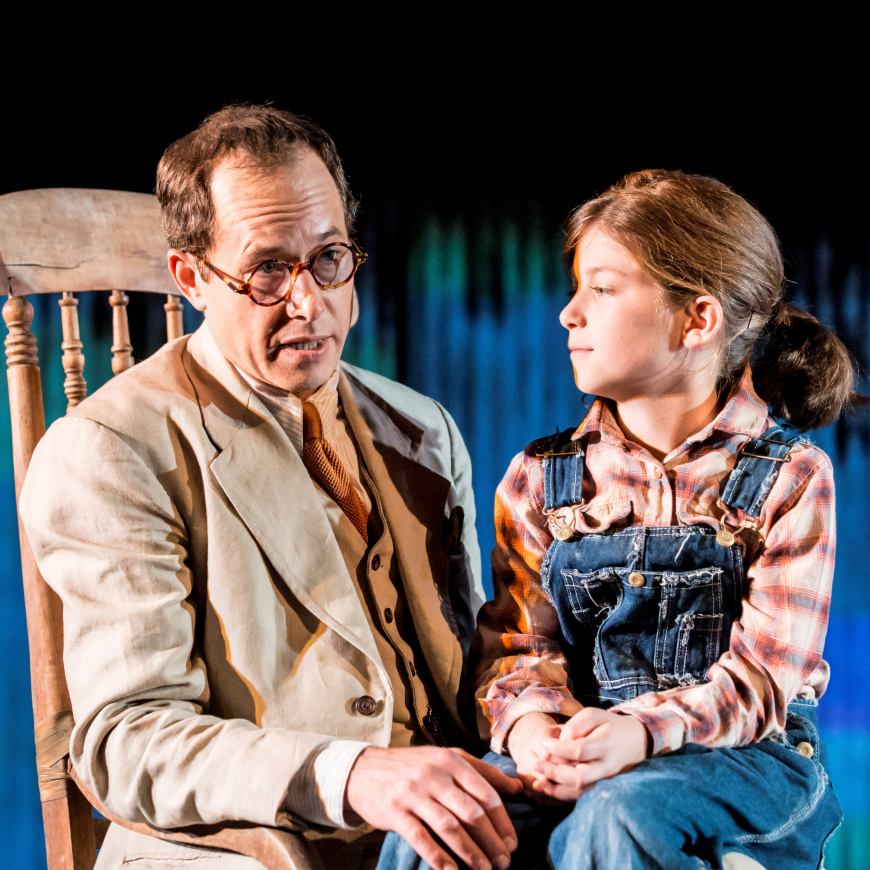 Robinson is of course doomed, despite clear evidence that the accusers, Mayella Ewell and her father Bob, are lying.

Bob Ewell tries to exact revenge, imagining that he has been made a fool of, and is himself killed.

Scout embraces her father’s philosophy of sympathy and understanding despite her experiences of hatred and prejudice.

There is more. The story of Boo Radley, played by Christopher Akrill, for one; the riot scene where heroine Scout pours her childish innocence on the flame of the murderous intent of the townsfolk; plus of course the unrelenting sense of the injustice of it all.

The undoubted stars of the show are of course the child actors.

Faultless, they excel. Alongside Atticus Finch, portrayed by Daniel Betts complete with round glasses and linen suit, they more than satisfy the (soon to be) legacy of Nelle Harper Lee.

For those of a critical nature, the English regional accents delivered via the actor readers of the narrative passages may be an issue, especially for those of us in Scotland. After all, this is a novel with a Yankee inner voice. Aside from that it is a faultless production.

Perhaps in a decade or so Harper Lee’s forthcoming sequel ‘Go Set a Watchman’ will be dramatised for theatre audiences. Meantime this Regent’s Park Open Air production is a must see.

In fact it would be a sin to miss it.