With thanks to Jessica Murphy, Account Manager, Jasmine Ltd. 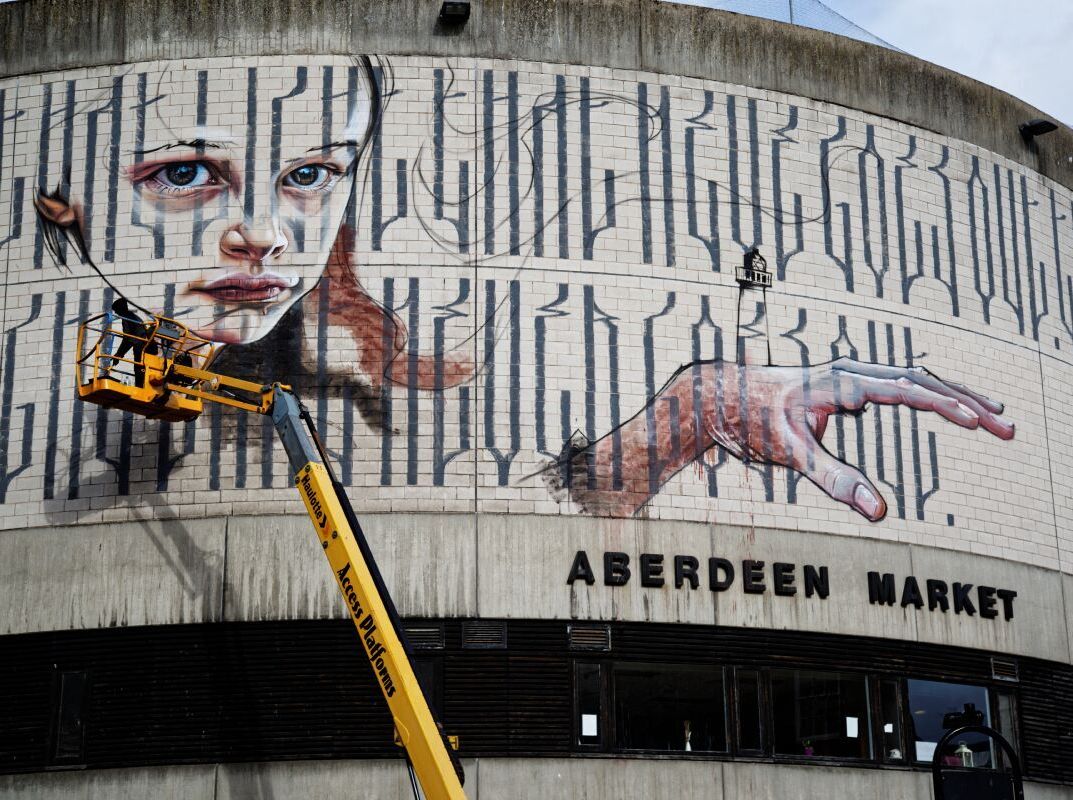 Organisers of the hugely popular inaugural Nuart Aberdeen have hailed the response of visitors, as research reveals that 80% of attendees agreed the event increased their pride in the Granite City.

The festival, brought to the city by Aberdeen Inspired, attracted crowds of thousands and set the arts and cultural scene in Aberdeen alight.

A survey put together by Aberdeen and Grampian Chamber of Commerce has revealed the thoughts of visitors to the event, which reflect the fantastic feedback received throughout the festival and in recent months.

Nearly 90% of respondents to the survey agreed that Nuart Aberdeen, which was supported by Aberdeen City Council and Burness Paull LLP, demonstrates that Aberdeen is a progressive city, with three in four also stating that the artistic extravaganza was their main reason for coming into the city centre.

“The response we have received to Nuart Aberdeen, both in the city and around the world, absolutely blew us away. We knew the ambition of the event was high, so to receive such an amazing reaction was incredible after all the hard work that went into bringing it here.

“These findings are wonderful to look at, as they reflect what we strive to achieve, increasing footfall to the city centre and bringing a sense of pride and joy back to our wonderful city.

“Feedback in recent years from our levy payers has highlighted a demand for more large scale events to be held in Aberdeen and we are pleased to be delivering this, and seeing the benefits that it is bringing in terms of economic impact and the aesthetic of Aberdeen.

“The survey also showed that 76% of respondents agreed that the festival brought communities together, which is very much what we felt throughout the weekend, as families, individuals, couples and visitors to our city came together to enjoy and celebrate street art and the transformation it brought to the city.”

Held in the Norwegian city since 2001 and widely regarded as the world’s leading celebration of street art, Nuart Aberdeen was the first overseas version of the festival.

“The Nuart Festival has reenergised the city centre, igniting a pride in Aberdeen and promoting a real feeling of inclusivity.

“The stunning artworks and the stories they tell are reimagining our built environment, but what is more important is the positive vibe Nuart has brought to Aberdeen and its people, and the long-lasting effect this will have.”

The popularity of Nuart Aberdeen has led Aberdeen Inspired to introduce regular walking tours throughout the summer. These will be held every Saturday at 11.30am, led by expert Jon Reid, with a meeting point outside Contour Café on the Green.

“The numbers at our walking tours during the festival were absolutely incredible, with more than 1,600 people taking advantage of them, and we are thrilled to be introducing them in the summer months.

“The tours will give visitors the full Nuart Aberdeen experience, taking attendees to the smaller pieces of art as well as the bigger murals created for this year’s festival. Our dedicated tour guide Jon Reid will also give background on each of the 11 international artists that took part, as well as an insight into their inspiration for the work they created.”