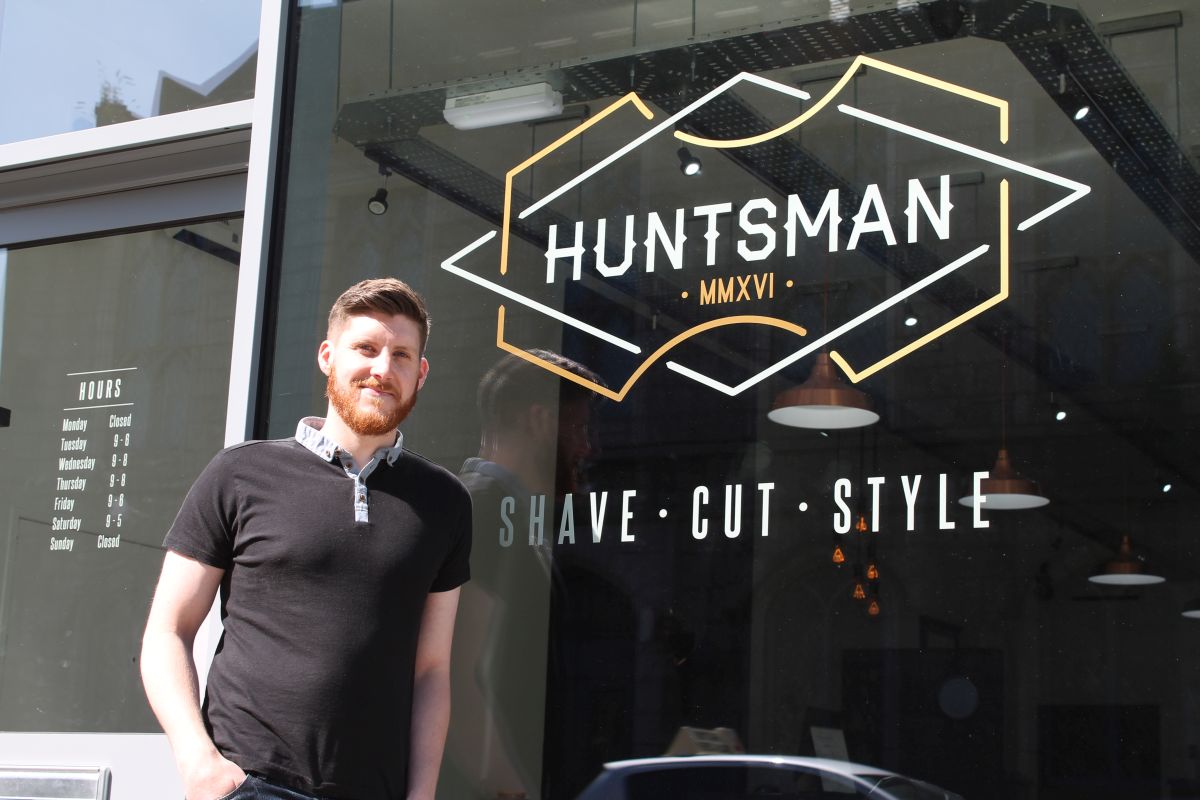 A former oil and gas worker has made the cut in a new barbering role at an Aberdeen-based luxury gents barber after being made redundant from his previous job.

Formerly a workshop technician at an oil and gas company, Marc Cran, from Insch, now works at Huntsman Barber after completing a specialist six-month course in barbering.

The 27-year-old is now a stylist at the city centre barbers, after he approached owner, Kyle Ross, on completion of the course.

Mr Cran worked in oil and gas for seven years, but lost confidence in the industry after he was made redundant from two separate companies within the space of six months. When deciding what career to pursue next, barbering immediately stood out to him, due to its creative and hands-on nature.

To help improve his employability and skillset, he then undertook a barbering course at the Scottish Barbering School.

This involved living in Glasgow for three days a week and spending the remaining four days working at a local supermarket in Huntly.

Remarkably, he managed to juggle this heavy workload for four months without any days off, alongside looking after his two-year-old daughter. It was this hard work and dedication that impressed future employer, Mr Ross, and subsequently landed him the job at Huntsman.

“I have really enjoyed my first couple of months at Huntsman, I am getting busier with clients every week and learning new skills on a daily basis. I am very grateful to Kyle for giving me the opportunity to progress within the barbering industry.

“It was the impact of the downturn that gave me the final push to try something different and take up a completely new career. I am actually really thankful that it did, as I am enjoying work a lot more and meeting new people every day. I get such satisfaction from seeing people leave my chair with a new-found confidence after getting their hair cut, I have never had that before.”

“Marc is getting on really well at Huntsman, as he is both confident and competent in the role. I am very impressed with everything he has displayed so far and how quick he is to learn new skills.

“He has an eye for detail and is a complete perfectionist, which serves him very well in his new career as a barber. Our clients have really warmed to him and he is certainly a welcome addition to the Huntsman team.”

Huntsman is open from Tuesday to Saturday.  For more information on the hair salon visit: