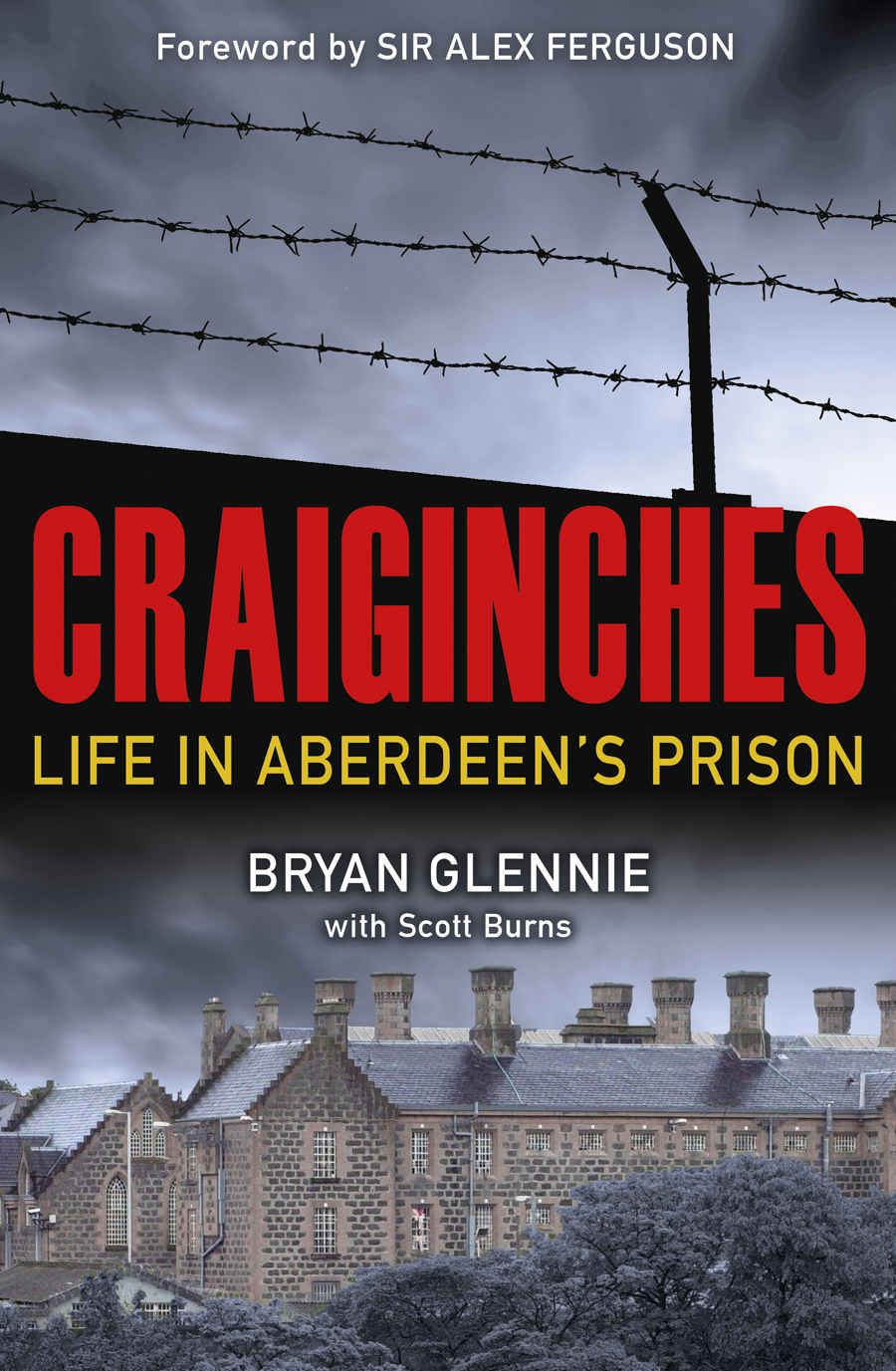 If you assume that any book about life in prison, even on the non-felon side of the bars, will tell horror stories of desperate bad-to-the-bone incarcerated people, and of the means used to control them, Bryan Glennie’s memoirs of his long career as a prison officer may come as a surprise.
Although Glennie never loses sight of the fact that prison, its inmates, and its culture can be brutal, and that dangerous situations can arise in the most innocuous circumstances, Craiginches concentrates on the more positive aspects, and rehabilitative opportunities offered to those serving sentences.

Of course, our own former Butlins-By-The-Dee never housed the most dangerous and desperate of miscreants housed in institutions like Peterhead, and the brutality and simmering tensions of such jails are only touched upon briefly when the author is a first-hand witness to the aftermath of a riot in the Blue Toon’s grim Victorian penitentiary.

Rather, Craiginches reveals Glennie’s own admirable belief that the primary purpose of prison is rehabilitation of offenders, and that if such second chances have the dual benefit of improving the communities in which prisons are located, there are no losers.

Thus, the reader will learn of the hard graft and dedication invested by prisoners and staff alike in charitable and community projects in Aberdeen and further afield in the city’s hinterland. The author’s enthusiasm for these, and his staunch belief in such projects’ contribution to prisoner welfare and societal re-integration is heartening.

Craiginches shows too the positive impact of initiatives designed to relieve the boredom and drudgery of cell-life, with art classes, sports events and musical entertainment among the devices employed to lighten the debilitating monotony of prison life.

There are also insights to the comradeship among those in the prison service, and of the change in culture from Officer Mackay-like mistrust and suspicion, to the more-humanised atmosphere in prison that, one hopes, prevails today. And, if the contents are occasionally just a little too homely, this is only because of the author’s admirable optimism and belief in the innate good of misguided people.

One Response to “Craiginches: Life In Aberdeen’s Prison – Reviewed”