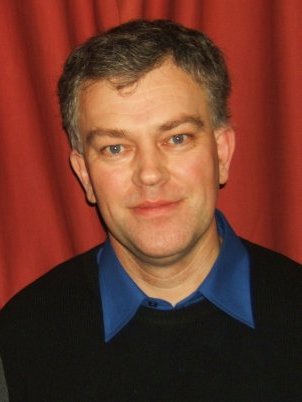 In an initiative by Aberdeenshire’s Democratic Independent and Green councillors Councillor Martin Ford is asking Aberdeenshire Council to ‘give consideration to the feasibility of creating a significant visual arts, museum or other cultural facility as part of its redevelopment of the Harlaw Road site in Inverurie’.

Cllr Ford’s call comes in a notice of motion he has submitted for debate at the next meeting of Aberdeenshire’s Education and Children’s Services Committee on 23 March.

“Aberdeenshire Council shall give consideration to the feasibility of creating a significant visual arts, museum or other cultural facility as part of its redevelopment of the Harlaw Road site in Inverurie. The consideration process shall include seeking public views, establishing what external funding sources might be available and discussions with potential partners who may want to be involved (e.g. the local universities).”

Committee chair Cllr Alison Evison has confirmed Cllr Ford’s notice of motion will be included on the agenda for next week’s Education and Children’s Services Committee meeting.

“Essentially, the motion asks the Council to think about the possibilities, and have discussions with others. Why would it not do that?

“The motion is deliberately not prescriptive about the kind of facility. That needs to be discussed and a decision emerge from consultation and dialogue.

“Personally, I rather like the idea of an ‘Aberdeenshire Museum’, but that’s clearly just one possibility. I want to see what comes out of the discussion and consultation that I hope results from the motion I have tabled.

“The point is, who would have predicted the V&A going to Dundee? Someone had to suggest it, against all reasonable expectation, and it happened.

“There is certainly room on the Harlaw Road site.

“A major cultural facility would bring significant benefits for the Aberdeenshire economy and tourism. It would also contribute to the quality of life for residents and raise the profile of the area.

“Clearly, funding will be an issue – which is why the motion asks the Council to look at external funding possibilities and open discussions with potential partners as part of an initial exploratory process.”

“This is a good idea. At this stage, agreeing the motion does not commit the Council to expenditure, it only opens the door to exciting possibilities.

“The Council should be keen to hear the public’s views.”