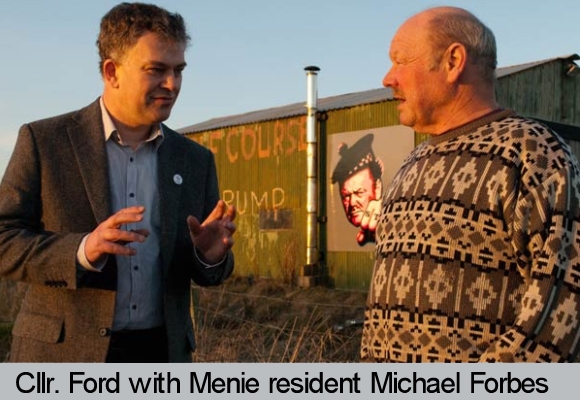 Two Aberdeenshire councillors have welcomed the decisions to strip businessman Donald J. Trump of an honorary degree and his ‘Global Scot’ status.

Meanwhile, Robert Gordon University has taken back the honorary degree it awarded to Mr Trump in 2010.

“He should never have been considered appropriate for either of these things.

“Mr Trump’s behaviour in Aberdeenshire has been appalling ever since he announced his plans for a development here. Mr Trump is neither an appropriate role model for students, nor a suitable person to represent Scotland – or the USA.”

“I am relieved the university has revoked his honorary degree. It was a mistake to give it to him in the first place.

“I hope the UK Government bans him from the country for his shocking comments.”

Martin Ford joined the thousands who signed the petitions to block Donald J. Trump from UK entry and to ask Robert Gordon University to revoke the honorary degree it awarded to Mr Trump in 2010.

3 Responses to “Welcome From Councillors As Trump Stripped Of Awards”