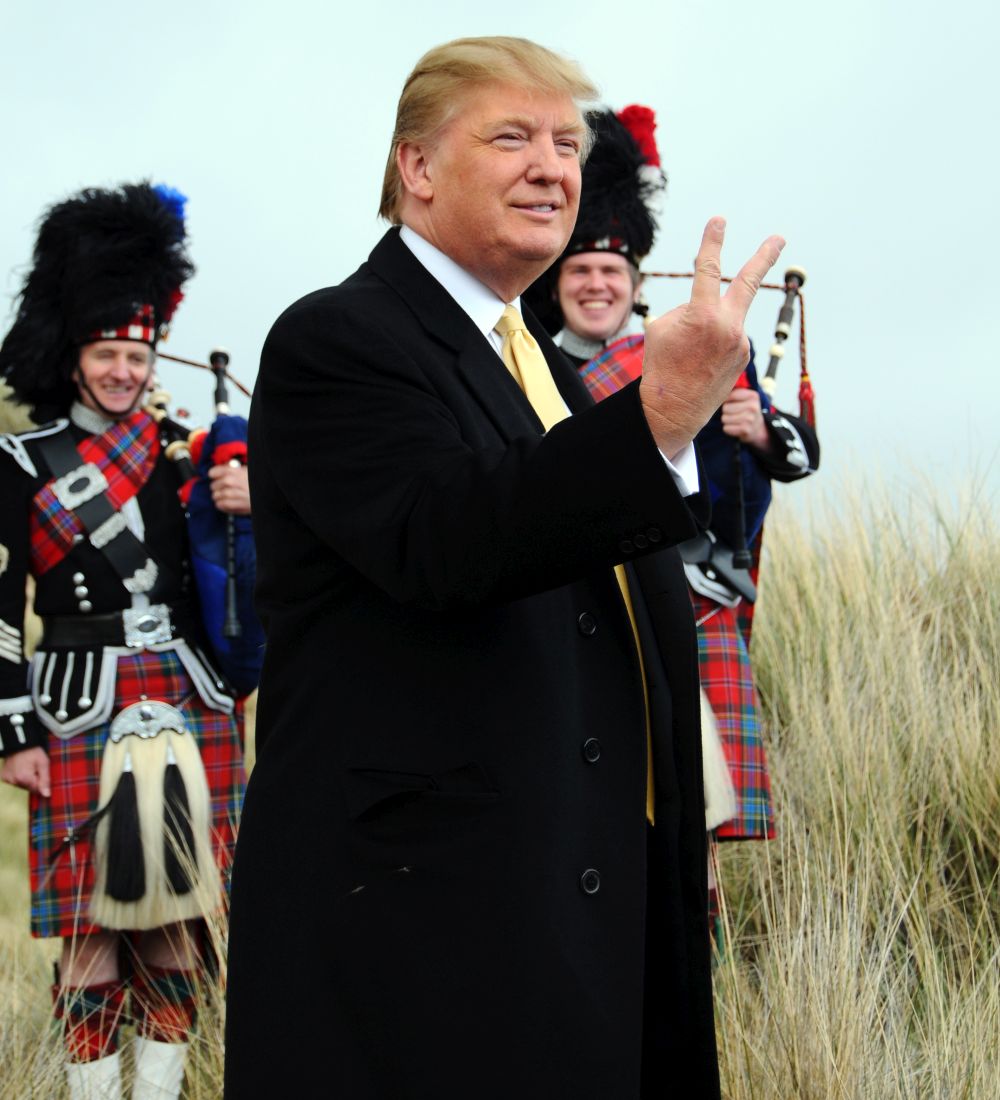 In the last fortnight, it has submitted a number of further planning applications and proposal of application notices for development at Menie, including for 1900 ‘leisure accommodation units’, 850 homes and a 6-bedroom extension and banqueting suite for the existing 19-bedroom hotel.

Most of the Menie estate is included in the ward represented by Democratic Independent councillor Paul Johnston. Cllr Johnston said:

“The applications Mr Trump is talking about now are new applications. These are not for things included in the outline permission granted in 2008, but are separate and different proposals.”

“The outline planning consent of 2008 was granted on the basis that the scale of investment in the proposed 450-bedroom hotel and resort was of ‘national’ significance. And this was the basis used to justify constructing a golf course over the Site of Special Scientific Interest and, for cross-funding purposes, allowing 500 houses on an unallocated greenfield site away from existing settlements.

“Clearly, the promised investment in the large hotel and resort elements has not materialised, nor the jobs.

“Everything that Mr Trump has actually built has been through separately applied for consents for full planning permission. The 2008 consent is not being used to get the permissions, just as a material consideration, establishing principle, in support of the separate subsequent applications. The conditions on the outline consent, for example stipulating the order different elements were to be built, are therefore by-passed.

“So conditions imposed to prevent Mr Trump simply destroying the SSSI and cherry-picking the most profitable elements of his package are not going to apply, because Mr Trump is not implementing the permission to which these conditions are attached.”

“Under the Councillors’ Code of Conduct, I cannot comment on the merits, or otherwise, of pending or live planning applications.

“Mr Trump, like anyone else, is entitled to make any planning application he wishes, and the Council will have to determine the application(s) made.

“Mr Trump has a track-record of announcing plans which then don’t proceed. He has repeatedly contradicted himself and changed his position regarding Menie. Whether he means what he says this time is anybody’s guess.”