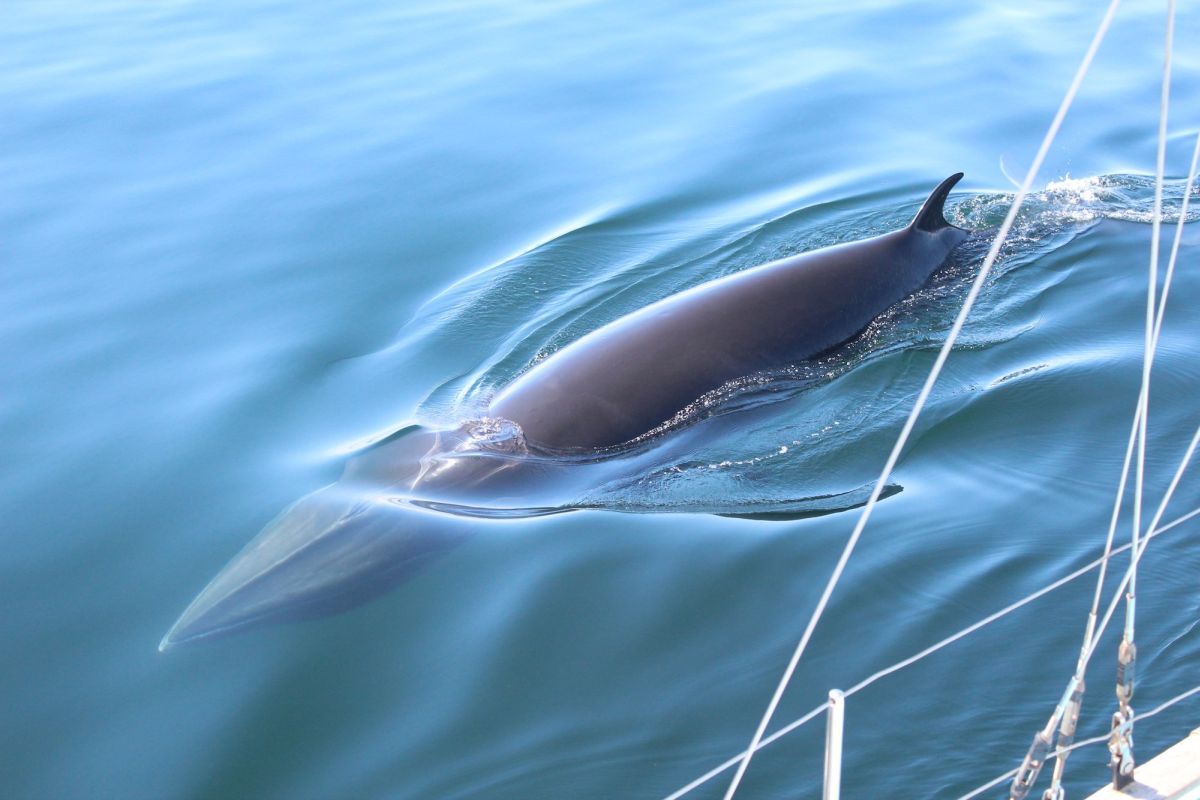 Sightings of juvenile minke whales off Scotland’s west coast increased in 2015 to the highest ever recorded within a survey season.
Marine research expeditions carried out by Hebridean Whale and Dolphin Trust have indicated either a significant increase in actual numbers or an influx of minke whales from elsewhere.

The charity’s 2015 research season also recorded the highest annual number of common dolphin sightings since its expeditions began, with 723 individuals observed over 63 encounters.

The common dolphin was once uncommon in the Hebrides, but the trust’s encounter rate with the species has more than doubled over the past 12 years, also for reasons that remain unclear.

“These intriguing changes in Scotland’s marine life highlight the importance of long-term monitoring of cetaceans – so that we can better understand what is happening in our waters, and then make management recommendations to better protect this world-class area of marine biodiversity.”

The studies were carried out between May to October by scientists and volunteers on board Silurian, the trust’s dedicated research yacht. The research forms part of the trust’s unique long-term monitoring of whales, dolphins and porpoises – collectively known as cetaceans – in the Hebrides. Information on basking sharks is also collected during the surveys.

A steady increase in the encounter rate with minke whale juveniles since 2011 was particularly marked this year, with the highest rate of young whales recorded since the trust started boat-based surveys in 2003. The 2015 surveys documented an encounter rate of 1 young minke whale per 286 km – three times the average over the trust’s entire dataset.

The minke whale is the smallest of the baleen whales – species which utilise baleen plates rather than teeth to feed – in the North Atlantic, measuring up to 10 metres in length, and is the most commonly sighted baleen whale species in the UK. Hebridean Whale and Dolphin Trust holds an identification catalogue of 125 minke whales known to have visited the Hebrides – of which some individuals return to the same areas annually, while others may only be passing through.

While an increase in the encounter rate with young minke whales is encouraging, there are still very serious issues regarding the conservation of this migratory species. To the north of Scotland, both Iceland and Norway still hunt minke whales. It remains unknown whether or not the minke whales that swim through Scottish waters frequent the waters where they risk being hunted. 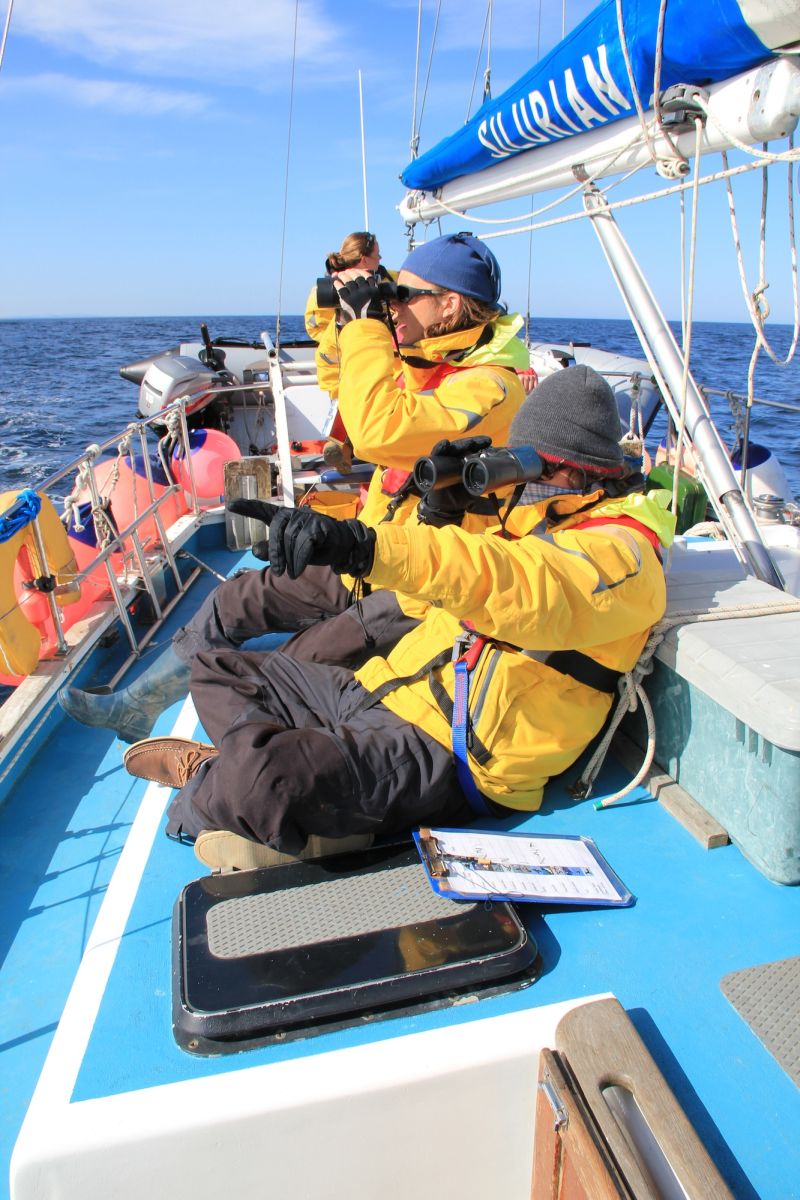 The record number of common dolphin sightings – coupled with the most northerly sighting of the species ever recorded in September this year, off Tromso in Norway – suggests that changes are underway within our seas and oceans. The causes, and wider effects on the marine environment and other species, are still unclear – underlining the importance of on-going research.

Additionally, the number of white-beaked dolphin encounters almost doubled in comparison to 2014, although many of these encounters were made during one particular day of survey around the Butt of Lewis.

This rarer, colder water species is confined to the north Atlantic and prefers temperate to sub-Arctic waters – meaning that the warming of Hebridean seas, at a rate of 0.5°C per decade, is expected to exert increased pressure on the populations found off Scotland’s west coast.

White-beaked dolphins have been the focus of acoustic research by Hebridean Whale and Dolphin Trust, with a study in 2013 discovering that white beaked dolphin populations off the east and west coasts of Scotland have distinct acoustic signatures, almost like accents.

Cetacean entanglement in litter and fishing gear can cause mobility problems, injury and even death, and the trust is working cooperatively with the fishing industry and other researchers in the UK to better understand this problem so that it can be addressed. This year, ironically whilst the Silurian crew was celebrating a volunteer’s 60th birthday, a bunch of balloons was retrieved from the water – a reminder that celebratory balloons, even if marketed as ‘biodegradable’, can have lasting consequences for our wider environment.

Silurian – previously used in filming of the BBC’s The Blue Planet series – covered more than 4,000 nautical miles in 2015, its crew of volunteers and marine scientists documenting more than 1,200 encounters with cetaceans and basking sharks, and recording almost 625 hours of underwater detections of cetaceans using specialist listening equipment.

The annual surveys depend on paying volunteers. In 2015, 69 dedicated volunteers clocked up 760 survey hours – working with marine scientists to conduct visual surveys and acoustic monitoring with hydrophones (underwater microphones) monitored by computers, and identifying individual cetaceans through photography of dorsal fins.

The trust – based in Tobermory on the Isle of Mull – is recruiting volunteers for its 2016 surveys, to live and work as citizen scientists onboard Silurian for expeditions of one to two weeks from April to September. Participation costs cover boat expenses, support the trust’s research programme and include accommodation, training, food and insurance. For details, contact Morven Russell at volunteercoordinator@hwdt.org, call 01688 302620, or visit www.hwdt.org.

Hebridean Whale and Dolphin Trust has been monitoring marine mega fauna in the Hebrides for 13 years, and is the only organisation collecting long-term data on such a large scale on Scotland’s west coast. A short film about its marine surveys can be seen at https://youtu.be/M_3r-GKfh8o.

Western Scotland’s seas are one of Europe’s most important habitats for cetaceans and one of the UK’s most biologically productive areas. So far 24 of the world’s 83 cetacean species have been recorded in the region, many being national and international conservation priority species.