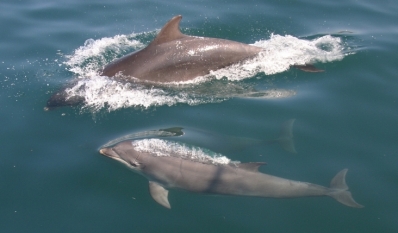 The Hebridean Whale and Dolphin Trust (HWDT) has announced details of its 2013 surveys, in which volunteers and marine scientists will carry out pioneering research into the lives of whales, dolphins and porpoises off Scotland’s west coast.

The surveys – carried out from the charity’s research yacht Silurian between May and September – will gather data on the numbers and behaviour of whales, dolphins and porpoises, known collectively as cetaceans.

Research findings will support effective conservation of the extraordinary biodiversity to be found in Hebridean waters and future management of cetacean populations, as well as contributing to HWDT’s environmental education work.

“Given environmental and climate change, action to monitor and conserve Scotland’s spectacular whales, dolphins and porpoises is more important than ever. With 2013 being the Year of Natural Scotland, we’re keen for people to take part in our surveys.

“Volunteers will effectively become marine mammal scientists during their time with us – contributing directly to knowledge and conservation of cetaceans, and with opportunities to develop new skills and to visit some of the most remote and wild parts of the British Isles.”

The seas off western Scotland are one of the most important European habitats for cetaceans, and have remarkably high levels of biodiversity. The long and complex coastline, interaction of currents and wide variety of habitats provide a rich and diverse environment for marine life, including cetacean species typical of both warm and cold oceans.

Twenty-four species of whales, dolphins and porpoises have been recorded in the region, and many of the species are national and international conservation priorities.

Each survey trip will see up to six volunteers join marine scientists to work onboard Silurian for seven to 10 days. Volunteers will contribute directly to research work, receive training in scientific techniques and in species identification, and gather comprehensive data through acoustic and visual methods. 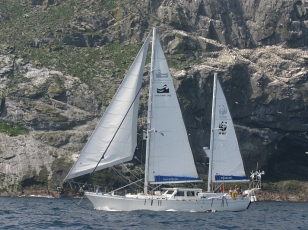 Photography of dorsal fins will help to identify individual cetaceans, and to build greater understanding of species’ movements and interactions. The high frequency sounds of harbour porpoises and white-beaked dolphins will be recorded using a hydrophone (underwater microphone) and analysed using specialist software.

Until recently, very little was known about Hebridean cetaceans, but HWDT’s work is strengthening knowledge about their distribution, movements, habitats and behaviour.

Over the past 10 years, Silurian has travelled more than 61,000 kilometres surveying Hebridean waters from Islay to Cape Wrath and west of the Western Isles. Key findings include the discovery that the region is home to 55 bottlenose dolphins – the smallest resident population in the UK – and hosts one of the highest densities of harbour porpoise in Europe.

Photo identification work has catalogued 125 minke whales, some of which are thought to stay in Hebridean seas all year round; revealed that the region supports the UK’s only resident population of killer whales, consisting of nine individuals whose conservation status is believed to be critical; and has catalogued over 10,000 basking sharks, with two feeding and breeding hotspots of these gentle giants also discovered.

Without the participation of volunteers, much of this groundbreaking research would not have happened. Volunteer Lars Rumpel said:-

“Those 12 days sailing around the Hebrides changed my life. If I could, I would dedicate my whole life to the aid of nature.”

Despite the diversity and abundance of cetacean species in the Hebrides, there are few management strategies dedicated specifically at ensuring their continued survival in the region. HWDT collects data with the specific purpose of informing policy makers and generating recommendations for effective marine management.

The charity’s data on killer whale, harbour porpoise and bottlenose dolphin is being directly applied to current management procedures. White-beaked dolphin, minke whale and basking shark are future priorities for HWDT research, and in coming years these species will also have specific management plans based on HWDT data, to ensure their continued survival in the area.

HWDT is dedicated to enhancing knowledge and understanding of Scotland’s whales, dolphins and porpoises and the Hebridean marine environment through education, research and working within local communities as a basis for the lasting conservation of species and habitats.

Places on the surveys, which depart from Tobermory on the Isle of Mull, are available for 17-26 May and 16-26 September. Participation costs between £900-£1,200, and include accommodation and food onboard Silurian. Income generated supports HWDT’s research programme. For more details call 01688 302620 or visit www.hwdt.org.