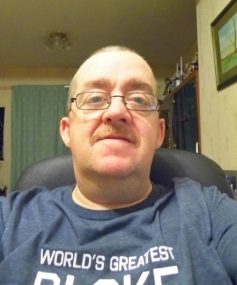 Evidence continues to mount against the French giant ATOS, brought in to assess the fitness of UK citizens to work or otherwise, yet the current UK Government does nothing.

Sensationally, Dr Stephen Bick MP claimed to have uncovered a quota system through which ATOS planned to allow only one in every eight people it assessed to be considered permanently unable to work, irrespective of the medical facts.

Scores of people have had their own physicians’ opinions overturned. Bick has called for a National Audit Office report.  And still ATOS carries on, at great expense to the taxpayer, with its ritualistic, insensitive, arcane investigations and operations.

Sometimes they cause upset and damage before the client even sees a doctor – take David Brazendale’s case.

In his words, here is his Aberdeen ATOS experience.

“I had an appointment set to take place at the ATOS Medicals, Aberdeen centre today at 11.20. It never happened as I was told when I got there at 11.10, the required 10 min early, that there was a 2 hour wait. Well, the air nearly turned blue with steam coming from my ears. This is a copy of the e-mail I have just sent them.”

I am writing to you today to make an official complaint about your Aberdeen Medical Centre. I had an appointment today scheduled to take place at 11.20 at the Aberdeen medical centre, I struggled to make the appointment after a 45 min journey to get there the required 10 min early for the appointment.

When I got there I was informed that there was a long wait for my appointment well you can imagine my shock to find out that is was at least a 2 Hour wait, at the time I was there was only one other person sitting in the waiting room. I find this totally unacceptable as I had an appointment for a set time , also I have not received any communication before I got there today.

I was then told that I could not come back in 2 hours as it might upset the afternoon appointment so I was sent away and was told that I would get another appointment for a different day, it’s bad enough that I have to go there in the first place, never mind the fact that I was only released from Hospital yesterday the 11th April after having a hernia repair operation and I was in severe pain on top of the chronic back pain that I have anyway.

I have contacted my local Job Centre Plus about this, who told me I had to make a complaint to ATOS myself.

At David’s invitation I contacted ATOS on Monday 15 April, asking questions relating to both his bad experience and ATOS’s treatment of Justin Smith. David now has a letter from ATOS regarding his e-mail and it has launched an investigation into his complaint which should take four weeks or less to complete.

ATOS was asked to explain its lack of communication with David. Its own charter reads,

“We aim to keep to your appointment time, and if not, we will update you about any waiting times”

Other issues put to ATOS include:-

In a spokesperson’s response on Thursday 18 April, I was given contact details for anyone wishing to make a formal complaint.

Anyone with a complaint should register it, but judging by the evidence of those who have gone down the complaint route, I would not expect a particularly sympathetic, helpful, quick decision.

“Our doctors, nurses and physiotherapists work hard to provide a compassionate and professional service for all those asked to an assessment, at what we know can be a difficult and emotional time. Last year we conducted over one million assessments on behalf of the Department for Work and Pensions.

“If there is any aspect of our service that people are not satisfied with, we would urge them to make a complaint to us directly so that we can thoroughly investigate and make changes if necessary.”

To my cancer-related questions, they had this to say:

“On your cancer question, please may I refer you to a recent announcement made by the DWP on cancer regulations for the WCA? You will be aware that DWP own the policy surrounding the WCA not ATOS Healthcare.”

It seems that following orders is the order of the day at ATOS. If it wishes to disavow responsibility for part of the work it carries out as a medical practitioner, could this put ATOS medical ethics in a poor light? I recommend reading the full transcript of Dame Anne Begg MP’s recent contribution to the debate from which this is an extract,

“It is not enough for Government to say that the genuine claimant has nothing to fear. In too many cases, genuine claimants are not scoring any points in their initial assessment. There is something fundamentally wrong with the system and the contract that ATOS is delivering.