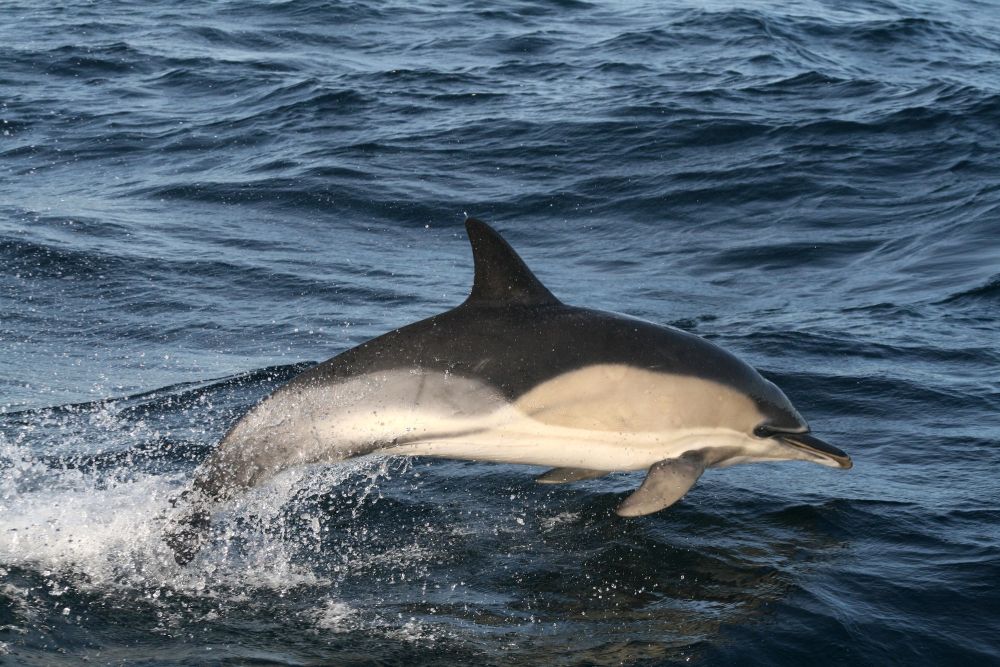 A substantial increase in common dolphin numbers off western Scotland is to be studied by Hebridean Whale and Dolphin Trust in a new season of marine research expeditions beginning next month.

The trust’s encounter rate with common dolphins has more than doubled over the past 12 years.

The findings – recently presented to the European Cetacean Society – have emerged from the charity’s unique long-term monitoring of whales, dolphins and porpoises in the Hebrides.

The causes – and broader effects on the marine environment and other species – are still unclear. Hebridean Whale and Dolphin Trust is now recruiting volunteers to work alongside marine scientists in its annual summer surveys, which it hopes will shed further light on the dramatic changes.

“An increase in common dolphins means that those wishing to encounter dolphins in the wild are in luck – but further research is needed to explain why this is happening, the extent to which this has been caused by human activity, and the implications for other cetacean species,” said Dr Conor Ryan, Sightings and Strandings Officer at Hebridean Whale and Dolphin Trust.

Common dolphins come to the Hebrides each spring to take advantage of seasonal food stocks. They are gregarious, often approaching boats to bow-ride and play in the wake, and are smaller than the region’s resident bottlenose dolphins. The species also travels in large groups – sometimes forming super-pods of thousands of individuals.

Despite their name, common dolphins – known in Gaelic as leumadair or ‘jumper’ – were once only occasionally seen in the Hebrides, preferring more southern waters generally warmer than 10°C. With climate change causing sea surface temperatures in the Hebrides to rise at a rate of 0.5°C per decade, it appears that such warmer water species are starting to colonise new areas in the north or closer to shore.

Yet even as this shift potentially creates new opportunities for common dolphins, it may be generating competition for food with other dolphin species or seabirds.

One predicted consequence of warming seas is colder-water species such as the white beaked dolphin being forced to retreat further north. So far Hebridean Whale and Dolphin Trust has found no evidence of displacement of the white beaked dolphin – but continued monitoring is needed to establish whether or not the influx of common dolphins is having a negative effect on such species.

The trust has now been collecting data on cetaceans – the collective name for whales, dolphins and porpoises – from its specialized research yacht Silurian for 12 years. The new findings underline the importance of this research, not least as cetaceans – being apex predators at the top of the marine food web – can act as indicators of the marine environment’s overall health.

“Dedicated volunteers onboard Silurian have enabled us to build up a unique and valuable database, enabling researchers to examine changes in cetacean populations – and providing vital data for protecting these species and their habitats, including in the recent designation of Scottish Marine Protected Areas,” said Kerry Froud, the trust’s Biodiversity Officer.

“Our research expeditions depend on volunteers. In return, they offer the opportunity of a lifetime to contribute to a better understanding of cetaceans and basking sharks, whilst enjoying the beautiful scenery of Scotland’s west coast and experiencing exhilarating sailing.”

Volunteers will live, work and sleep on Silurian for up to 12 days, receiving training and working with scientists – conducting visual surveys, acoustic monitoring using specialist equipment, and cetacean identification through dorsal fin photography. They will also help run Silurian – giving them a chance to develop other skills such as sailing and navigation.

Areas covered depend on the weather but will range from Mull of Kintyre in the south, Cape Wrath in the north and St Kilda in the west. These seas are one of Europe’s most important cetacean habitats.

The surveys depart from Tobermory on the Isle of Mull or Kyle of Lochalsh. Participation costs cover boat expenses, accommodation, training, food and insurance, and support the trust’s research. For details, email volunteercoordinator@hwdt.org, call 01688 302620 or see www.hwdt.org.