Grampian Transport Museum vehicle to feature on Channel 4 this Sunday. With thanks to Martyn Smith. 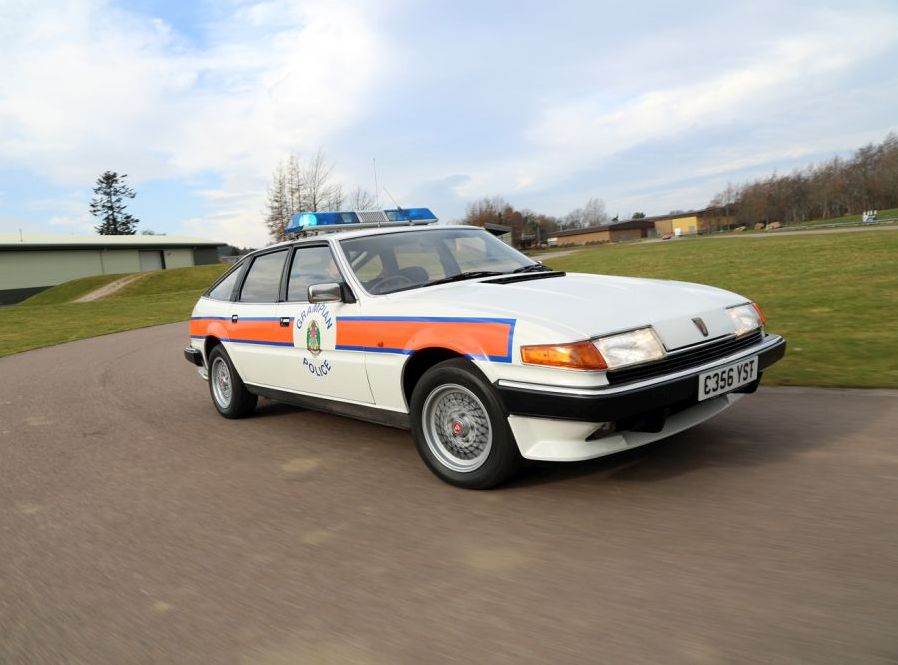 A former Grampian Police vehicle will be the star of the small screen this weekend when it is featured on Channel 4.
Now in its second series, For the Love of Cars is presented by Philip Glenister (Life on Mars, Ashes to Ashes) and Ant Anstead of Evanta Motor Company as they set about restoring iconic cars to their former glory, before selling them on at auction.

The Rover SD1 Vitesse – the only such example operated by Grampian Police – was in operation from 1985 to 1988 and would patrol the then new Stonehaven bypass, checking for speeding vehicles. Along with six other vehicles which were also restored for the series, it was put under the hammer on 10th January at Coys auction at the NEC in Birmingham.

Commenting at the time, curator Mike Ward was delighted to be able to bring the vehicle back to Aberdeenshire:

“We’ve been aware of this particular vehicle for some time now – it’s no stranger to our museum and in fact has appeared here before. When we found out that it was up for sale it was always our intention to try and bring this rare example ‘back home’. The hammer went down at £9,750 which is a new world record for a Rover SD1 at auction.”

The Rover has been on display at the Alford museum since the start of the season and was the star of the recent ‘Emergency Vehicle Rides’ afternoon, driven by former police driver Ian Slorach.

Series 2 of For the Love of Cars continues at 8pm on Sunday 26th April on Channel 4.