With the United Kingdom’s only known resident population of killer whales at risk of imminent extinction, securing new information about this endangered group is one of the ambitions of a new season of marine research expeditions being launched by Hebridean Whale and Dolphin Trust (HWDT) this week. 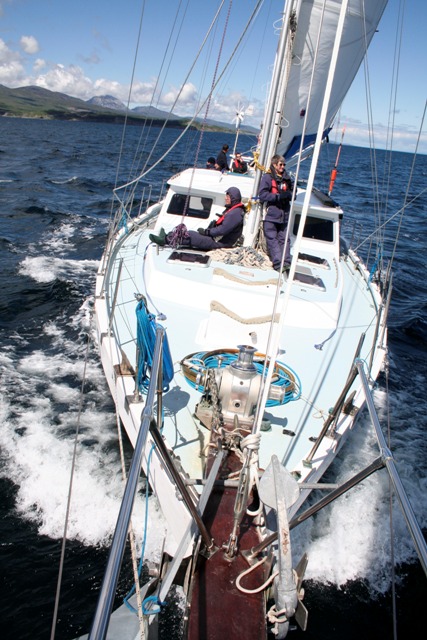 In its 20th anniversary year, HWDT is recruiting volunteers to work alongside marine scientists in surveys running from May to October, to gather crucial data on whales, dolphins and porpoises – collectively known as cetaceans – and basking sharks in western Scotland’s seas.

The new expeditions form part of the only offshore, long-term cetacean monitoring scheme of its type in the UK and will be carried out from HWDT’s specialised research yacht Silurian, previously used in the filming of the BBC’s acclaimed series, The Blue Planet.

“Our 2014 surveys offer an excellent volunteering opportunity to help ensure the long-term survival of Scotland’s remarkable cetaceans and basking sharks, while learning new skills and exploring some of the most wild and remote corners of Britain,”

With cetaceans facing increasing stress from human activities such as climate change, entanglement in fishing gear, pollution, underwater noise and habitat degradation, the findings will strengthen knowledge of species’ distribution, habitats and behaviour, and will be used to strengthen future conservation action.

Volunteers will live and work on-board Silurian for up to 12 days, receiving training and working with scientists – conducting visual surveys, acoustic monitoring using hydrophones and specialist software, and identification of individual cetaceans through photography of their dorsal fins. They will also assist with the day-to-day running of Silurian.

Areas covered will depend on weather but will range between the Mull of Kintyre in the south, Cape Wrath in the north and St Kilda in the west. These seas are one of Europe’s most important habitats for cetaceans. The long and complex coastline, mixed ocean currents and wide variety of habitats make the Hebrides one of the most biologically productive areas in the UK.

HWDT research has revealed that Hebridean waters are home to what is thought to be the UK’s only resident group of killer whales – five males and four females known as the ‘West Coast Community’, whose conservation status is believed to be critical. The charity believes that the group is likely to become extinct in our lifetime, as no calves have yet been seen within the group for several years.

The charity’s findings also include the discovery that The Hebrides host what could be the UK’s smallest resident population of bottlenose dolphins and one of Europe’s highest densities of harbour porpoise. 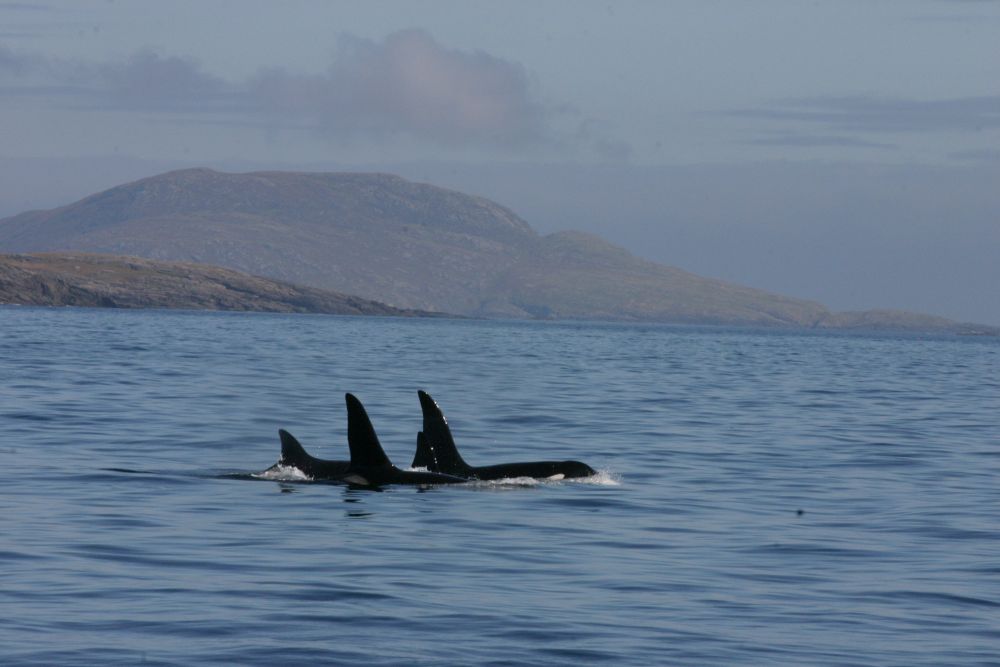 The ‘West Coast Community’ of killer whales – at risk of extinction. Photo by N. Van Geel/HWDT.

Twenty-four species of whales, dolphins and porpoises – including several national and international conservation priorities – have now been recorded in the region.

HWDT is working to secure the future of western Scotland’s cetaceans and The Hebrides’ globally important marine environment by enhancing knowledge and understanding through education, research and engagement with local communities.

Its research data is used to inform policy makers and generate recommendations for effective marine management.

The charity – which is based in Tobermory on the Isle of Mull, where it has its main education and research offices and a visitor centre – believes that conservation of our marine environment can bring economic and social benefits to the whole region.

The 2014 surveys run from May to September and depart from Tobermory on the Isle of Mull or Kyle of Lochalsh. Participation costs cover boat expenses, support HWDT’s research programme and include accommodation, food and insurance onboard Silurian.

For details, contact Mark Whitaker at volunteercoordinator@hwdt.org or 01688 302620, or visit www.hwdt.org.