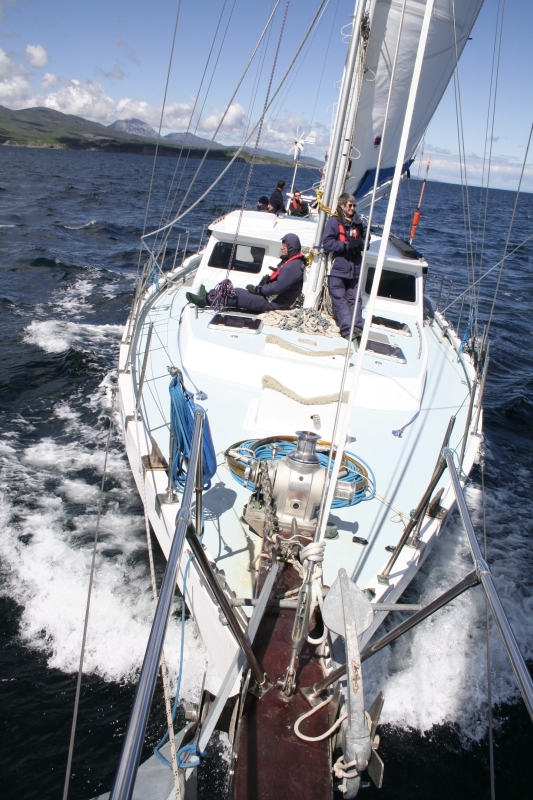 Research surveys conducted by the Hebridean Whale and Dolphin Trust (HWDT) during 2013 have identified a remarkably wide range of whale, dolphin and porpoise species – highlighting the need to conserve the rich biodiversity and globally-important marine habitats in western Scotland’s seas.

The latest research is part of HWDT’s unique and long-term monitoring project of cetaceans – whales, dolphins and porpoises – in the Hebrides.
With growing concerns over the state of the UK’s seas, and threats to wildlife and ecosystems from human activity, HWDT is calling for volunteers to help continue the pioneering research in 2014.

In total during 2013, HWDT recorded more than 400 encounters with cetaceans and basking sharks, and made almost 1,000 underwater detections of cetaceans using specialist listening equipment.

“The impressive range of species of cetaceans and basking sharks that we have documented this year highlights the wealth of marine life in Scotland’s west coast ocean environment – and the importance of ensuring the continued survival of these spectacular animals and maintaining the healthy seas that support them.”

With the help of 48 volunteers working alongside marine scientists, the charity carried out nine surveys on its research yacht Silurian during 2013.

The surveys covered more than 3,000 nautical miles and spanned nearly all of the Hebrides and beyond – from Ballycastle, Northern Ireland in the south, west to the Outer Hebrides, and to Cape Wrath in the north.

A major encounter – in August near the Isle of Skye – was a rare sighting of three members of a group of killer whales known as the ‘West Coast Community’. This very small group consisting of just five males and four females is thought to be the UK’s only known resident group, but, as no calves have been seen within the group, it is likely to go extinct in our lifetime.

Although little was known about Hebridean cetaceans until relatively recently, HWDT’s work is strengthening knowledge about their distribution, movements, habitats and behaviour. 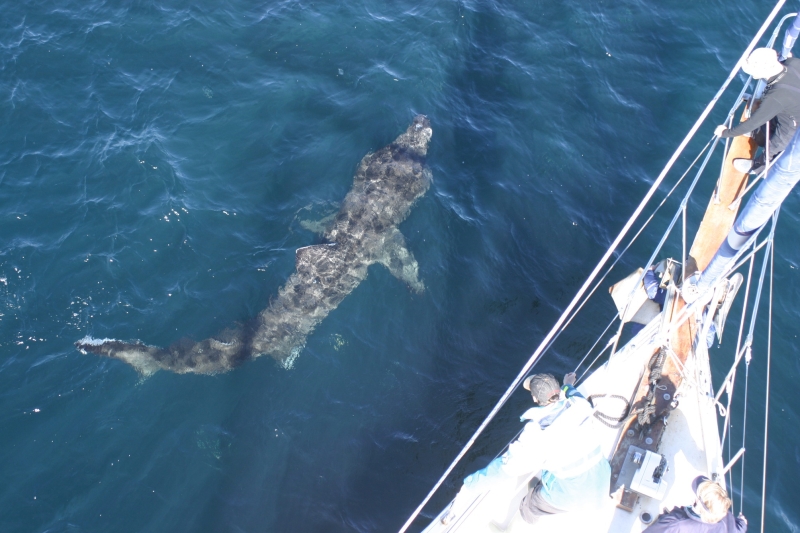 This year, a network of 33 marine reserves has been proposed. A decision on which will go forward for designation as Marine Protected Areas is expected in Spring 2014 – potentially providing protection to Scotland’s marine environment by preventing damaging activities within the reserves.

HWDT’s data will also contribute to the Joint Cetacean Protocol, a UK-wide initiative that is combining data from different sources to add to knowledge of cetacean distribution and trends.

Western Scotland’s seas are one of Europe’s most important habitats for cetaceans.

The long, complex coastline, strong ocean currents and wide variety of habitats help make the Hebrides one of the most biologically productive areas in the UK. So far 24 cetacean species have been recorded in the region, many of which are national and international conservation priority species.

HWDT improves knowledge and understanding of Scotland’s whales, dolphins and porpoises and the Hebridean marine environment through education, research and working within local communities to ensure lasting conservation of species and habitats.

The charity is recruiting volunteers to take part in its 2014 surveys.

Volunteers will live and work onboard Silurian for almost two weeks, working alongside marine scientists, collecting data during visual surveys, and conducting acoustic monitoring including with hydrophones. They will receive full training and assist with the day-to-day running of the research vessel.

Places on the surveys – which depart from Tobermory on the Isle of Mull or Kyle of Lochalsh – are available from May to September. Participation costs range from £800 – £1,300, which covers boat expenses, supports HWDT’s research programme and includes accommodation, food and insurance onboard Silurian.