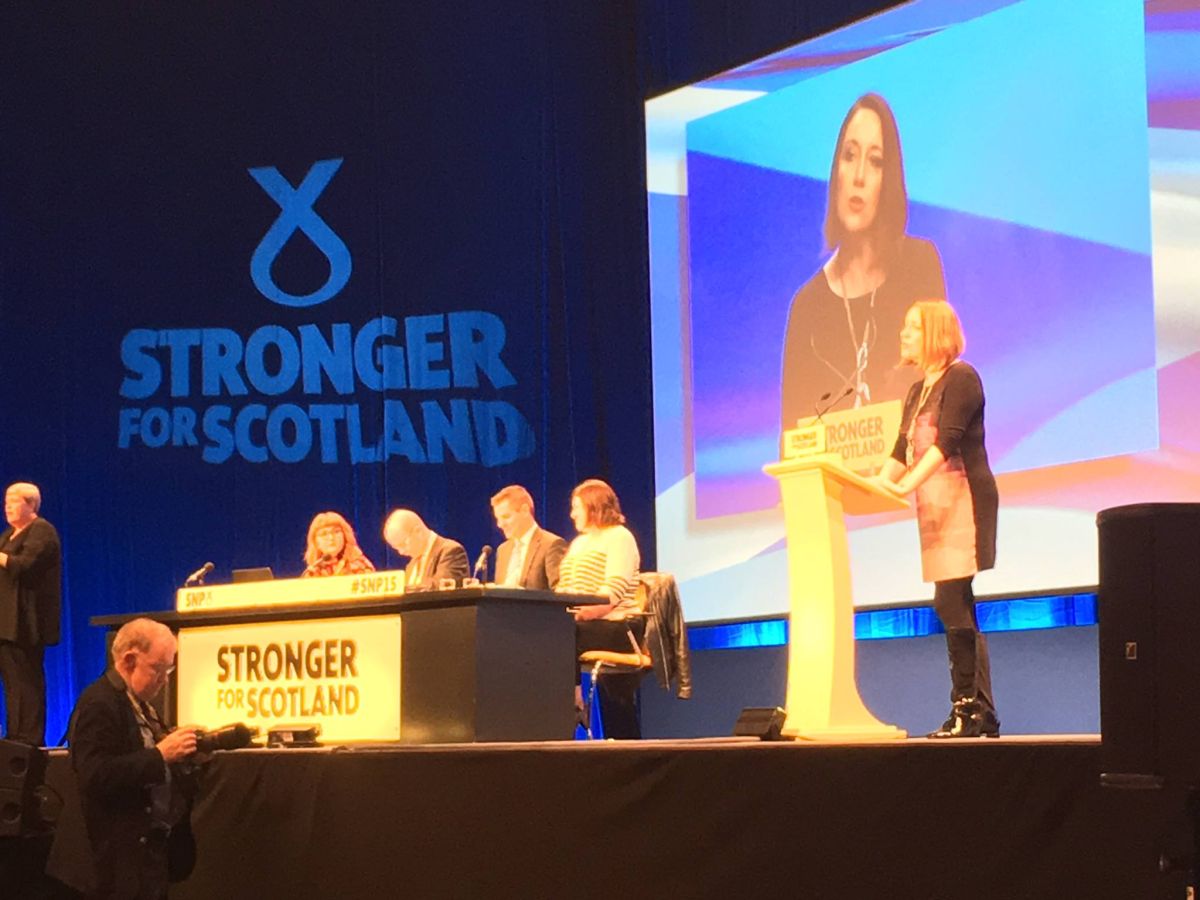 With thanks to Kenneth Hutchison, Parliamentary Assistant to Dr. Eilidh Whiteford MP.

SNP Conference has condemned the Tory Government’s Welfare Reform and Work Bill and backed fresh plans to oppose the measures in both Holyrood and Westminster as research shows the cumulative cost of the measures in the bill by the next General Election will be £3.2 billion.

The Tory cuts to welfare benefits will disproportionately impact on the lowest income households with the most severely affected being those at the bottom of the income scale; women and households with children.

“And as the measures in this bill only accounts for 86% of the cuts announced by the Chancellor in his summer budget we can see that by the time of the next general election Scotland will be facing over £1 billion welfare cuts each and every year.

“Over half a million children live in families that rely on tax credits to make ends meet. 350,000 of those children will feel the impact of Tory cuts as they strip away much needed tax credits from over 200,000 low income working families across Scotland.

“Children will be pushed into poverty by the austerity driven Tories who choose ideology over humanity. It’s no wonder that they are changing the definition of child poverty to remove working households from the equation. They know their policies will make child poverty spiral not reduce.”

Speaking in the debate, Alex Neil MSP, Cabinet Secretary for Social Justice, Communities and Pensioners’ Rights, attacked David Cameron on imposing cuts to benefits, cuts to tax credits, sanctions, and driving hundreds of thousands in the UK into poverty saying:

“No-one believes the Tories about their so called living wage, and the SNP will continue to fight for a real living wage for all people.

“We should have all the powers over social security, it should not be in the hands of the Tories. With those powers, we will use them to the maximum within the resources available.  We will also give dignity and respect to those who rely on social security to get by.

“The Scottish Government will not sweep poverty under the carpet and we will always protect our values and the vulnerable.”

Social Justice Secretary Alex Neil also confirmed one of the first acts of an SNP Scottish Government would be to scrap the so called ’84 day’ rule.

The rule under the UK Government prevents families with a seriously ill or disabled child from receiving Disability Living Allowance and Carer’s Allowance payments once they have been hospitalised or received medical treatment for same condition for more than 84 days.

Alex Neil said this disgraceful rule would be abolished as a matter of principle as soon as new welfare powers are devolved from Westminster to Holyrood.