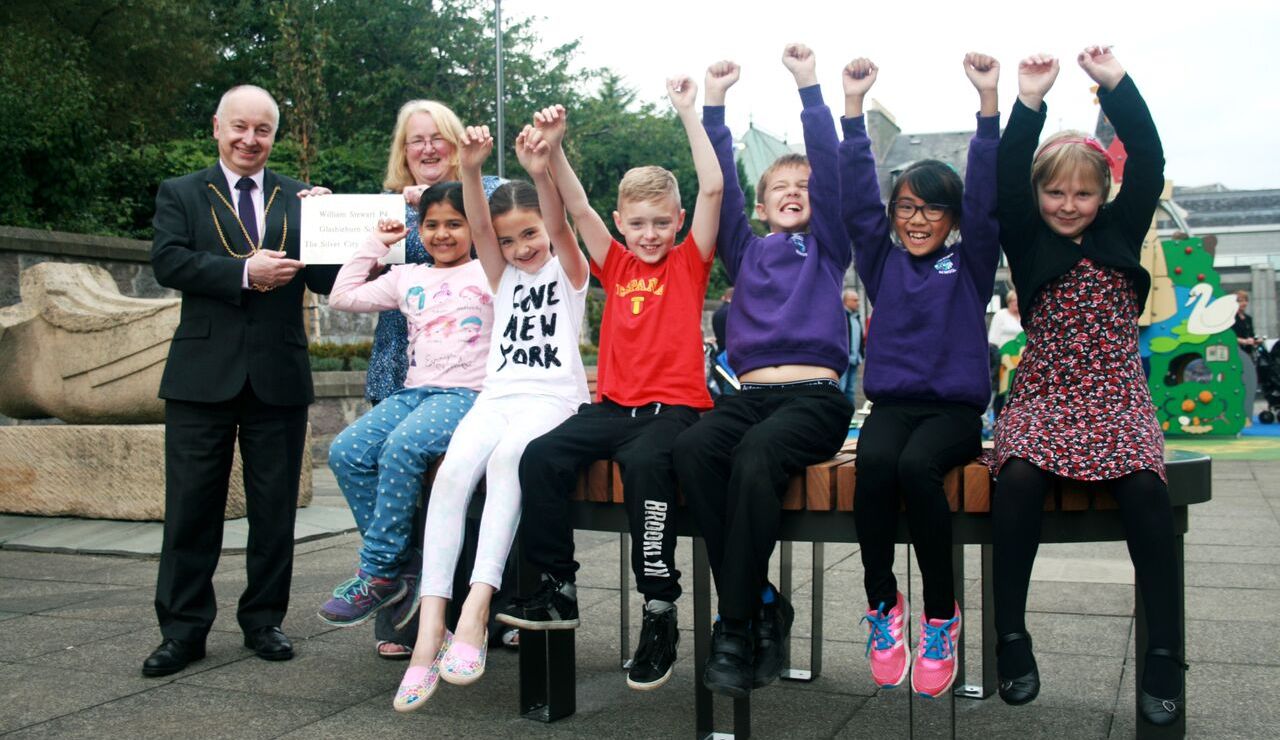 Hosted by Bon Accord & St Nicholas, the family fun day was the first event to be held in the enhanced space and saw attendees enjoy a day of music, food and activities to mark the garden’s completion in style.

At the heart of the garden is now a children’s play area, which was made possible thanks to funding from city-based charity Aberdeen Forward.

The playground is now the focal point of the greenspace, with improved seating, lighting and flower provision also helping to breathe new life into the area.

Members of the charity, alongside representatives from Bon Accord & St Nicholas and Aberdeen Inspired as well as the Lord Provost of Aberdeen George Adam were present to open the play area as it welcomed its first children.

The attraction’s new name was also unveiled, with Glashieburn’s P4 pupil William Stewart’s suggestion of ‘The Silver City Playground’, coming out top in a competition that saw nearly 50 entries submitted from schools throughout Aberdeen.

Guests were treated to a performance and workshop from the Guarana Street Drummers and were also able to take part in a number of activities provided by craft group Busy Beasties.

The event also welcomed special guests in the shape of owls Eral and Hedwig, stars of the recent Harry Potter films, thanks to Aberdeenshire-based Owl and Pussy Cat Centre. Cupcakes and samples from YO! Sushi and Ed’s Easy Diner were also available on the day.

“Saturday’s fun day really helped shine a spotlight on some of the new features of the roof garden and it was great to see so many happy faces join us for the celebration.

“The play area has already proved in its first day that it will be a great addition to the space, providing an outdoor area for children within the city centre; something that this part of Aberdeen simply didn’t have before.

“The hard work and dedication shown by all the partners within this project is commendable and we’re pleased that initial feedback on the garden has been positive. Aberdeen now has an enhanced event space right at the heart of its city centre and we look forward to welcoming people to the garden throughout the months to come.”

“We were thrilled to be involved with the roof garden project and I hope the play area is enjoyed by children for many years to come.

“This was an important project for Aberdeen Forward, which is currently in the process of merging with CFINE. It’s our aim to find worthwhile projects that will benefit from funding sourced through landfill community tax and to have this new play area at the heart of the city is a major positive for Aberdeen.”