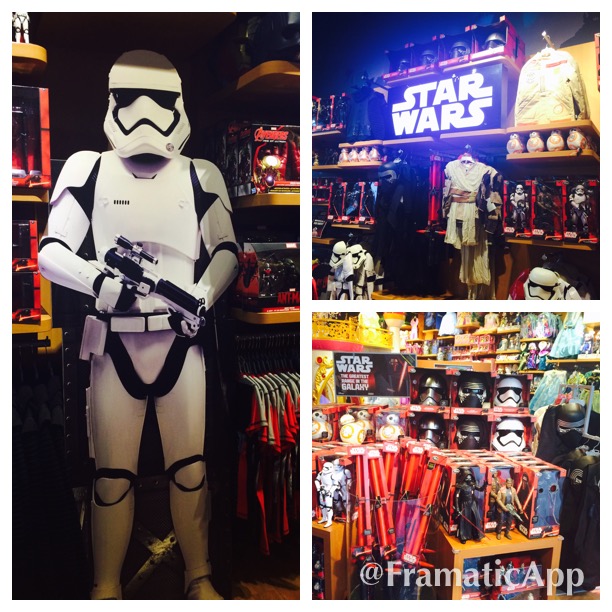 The force was strong at Bon Accord & St Nicholas on Friday as north-east Star Wars fans were able to get their hands on the official merchandise of the Star Wars: The Force Awakens film.

The Disney Store within Bon Accord & St Nicholas opened at 8am as part of the Force Friday global launch of merchandise for the highly anticipated film.

Wannabe Jedis snapped up the range of new toys, books, clothing and other products as Disney give eager fans a glimpse into the film which is set for release in December this year.

The Disney Store will continue its Star Wars theme this Saturday and Sunday, offering free Jedi training experiences for children, along with various giveaways to welcome the countdown to the film’s launch in style.

Star Wars: The Force Awakens will be the first film in the planned trilogy after Disney acquired Lucasfilm in October 2012 and will star British actor and actress John Boyega and Daisy Ridley.

“The Disney Store has always been popular with shoppers at the Bon Accord mall and the addition of Star Wars to its product range will increase this even further.

“There was a real buzz of excitement this morning when the shop welcomed the first customers through its doors and with the free Jedi training for children and other giveaways taking place this weekend, it’s shaping up to be a must-visit for all north-east Star Wars fans.”