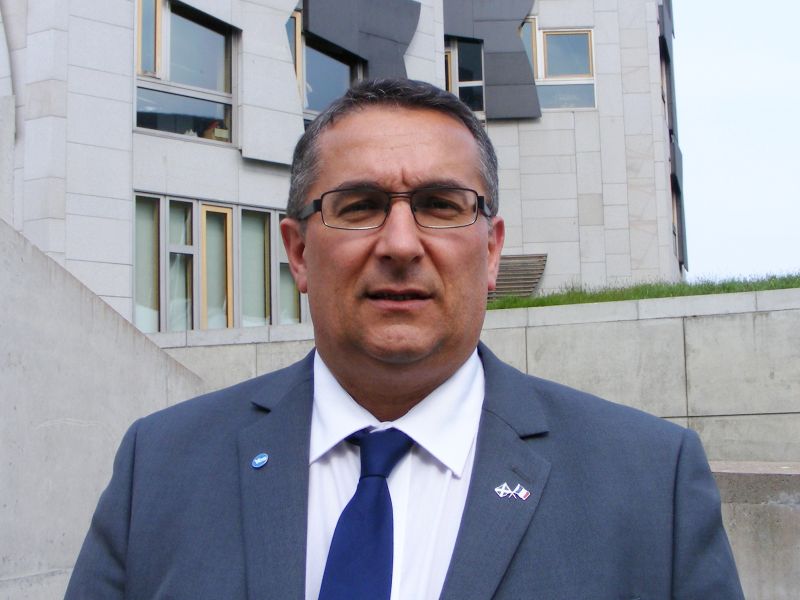 French-born MSP, Christian Allard (North-East Scotland), has submitted a motion calling for politicians and media commentators alike to “watch their language” with regards to referring to the situation in Calais and the people involved.

The call comes in response to recent coverage of the refugee situation in Calais.

Mr Allard has expressed his disappointment towards the derogatory terms used to refer to what he describes as “desperate people in desperate need of a new life”.

“We have a UK Government that callously responds to desperate people who are desperately seeking a new start in life by calling for higher security fences and more police dogs. David Cameron does not recognise that the people he is neglecting are human beings.

“I am disgusted by the response of the UK Government so far. Not only does the UK fall far short of meeting its quota on refugees, but its government reacts in such a manner of contempt.”

In response to the increased attempts of refugees to cross the Mediterranean, proposals from the European Union was that member-states would increase their asylum seeker quotas to 40,000 – a proposal that the UK Government has dismissed.

“This negative attitude is reflected in the language used when referring to these refugees. They are not migrants; they are refugees fleeing their homeland. Many of them are from Syria – the alternative is to stay in a country that UK allies are bombing.

“To hear a Prime Minister refer to these people as a ‘swarm’ was totally unacceptable. The derogatory rhetoric from some government officials and media channels alike has got to stop. That is why I submitted a motion to the Scottish Parliament calling for those commenting to watch their language.”