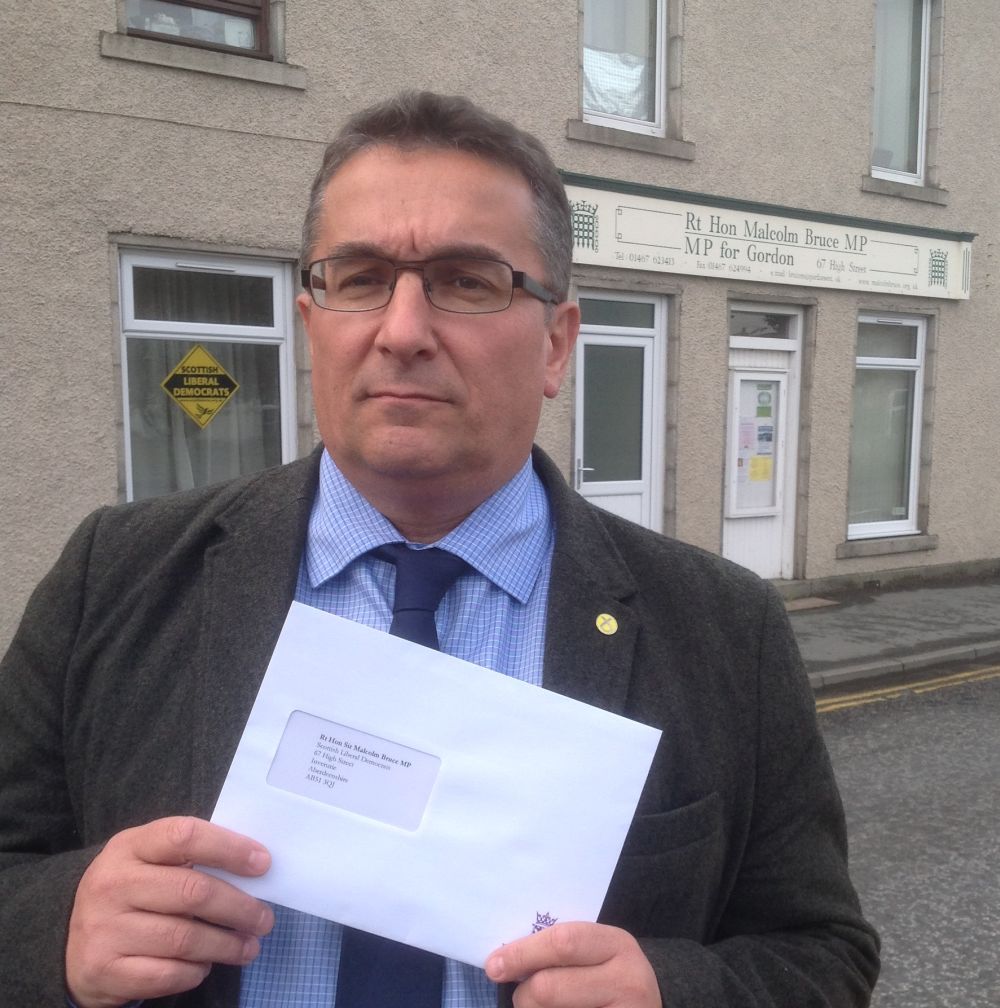 SNP MSP Christian Allard is once again calling on North East Liberal Democrats to pay their overdue £800,000 bill owed to Police Scotland. Local Lib Dem politicians have so far failed to respond to Mr Allard’s letter demanding that the overdue bill is paid.

Mr Allard is yet to receive a response from either Alison McInnes or Sir Malcolm Bruce.

Police Scotland has been left several hundred thousand pounds out of pocket, yet when asked about the £800,000 bill by Andrew Neil on the BBC’s Daily Politics the Lib Dem leader in Scotland Willie Rennie MSP said:

“I don’t know very much about that at all”
http://www.bbc.co.uk/iplayer/episode/b04l8pd3/daily-politics-conference-special

Mr Allard expressed his frustration that Alison McInnes failed to even comment on the issue at a Policing debate in the Scottish Parliament.

“It is quite unbelievable that the Liberal Democrats remain silent on this issue. Alison McInnes likes to talk a lot about policing but all we hear right now is deafening silence.

“Alison McInnes even had an opportunity to address the issue during a parliamentary debate last week but all she managed to do was criticise our police service.

“Every penny counts in the battle to keep our communities safe and the Lib Dems’ unpaid bill leaves an £800,000 hole in the Scottish police budget. This is deeply irresponsible behaviour.

“Malcolm Bruce and his party are showing contempt for Police Scotland which does a fantastic job protecting our communities. My message to the Lib Dems – pay up.”