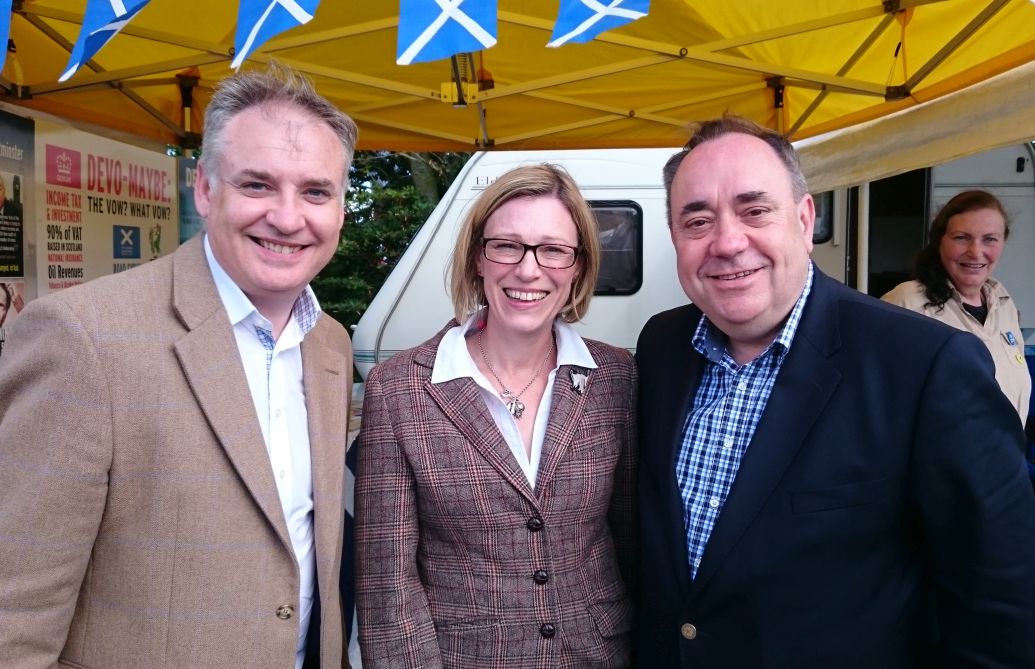 With thanks to Aberdeenshire SNP

Gillian Martin has been nominated for approval by Aberdeenshire East SNP in an endorsement meeting today (Fri Aug 14) in Ellon.
If supported by the local membership, Gillian from Newmachar will become the SNP candidate to succeed Alex Salmond as the local MSP.

Commenting on her nomination, Gillian said:

“I am delighted to be nominated for candidacy in the place where I grew up and where I am bringing up my own family.

“For the last 15 years I have worked as a lecturer and I also run my own business producing training and information materials for the energy sector.

“As a founder for Women for Independence in Aberdeen and Aberdeenshire, I have seen first-hand how people have become more politically active all over this region.

“Our political landscape was transformed during the referendum and the entire Scottish electorate is now one of the most engaged in Western Europe with so many people finding their political voice.

“I hope to add my own voice to our group in Holyrood and do justice to the area which has been so well served by Alex Salmond for so many years.

“Luckily I will have the benefit of his experience close by as he serves the Gordon constituency for Westminster, as well as that of my other SNP colleagues in the North East.”

“I am looking forward to seeing her confirmed as the candidate. She played a key part in my local campaign team in winning the Gordon constituency for the SNP and was a leading light in the Women for Independence movement nationally.

“It is great to have the chance to select such a highly talented and local woman candidate for Aberdeenshire East.”

Gillian (46) lives with her husband, John, a teacher at Turriff Academy, and two children, Louis and Eve.

She grew up in Newburgh and attended Ellon Academy before going on to study at the University of Glasgow.

She has been a lecturer at North East Scotland College for 15 years and runs her own production company making videos for the community and the oil and gas sector. She is also the executive and founder of Aberdeen and Aberdeenshire Women for Independence.