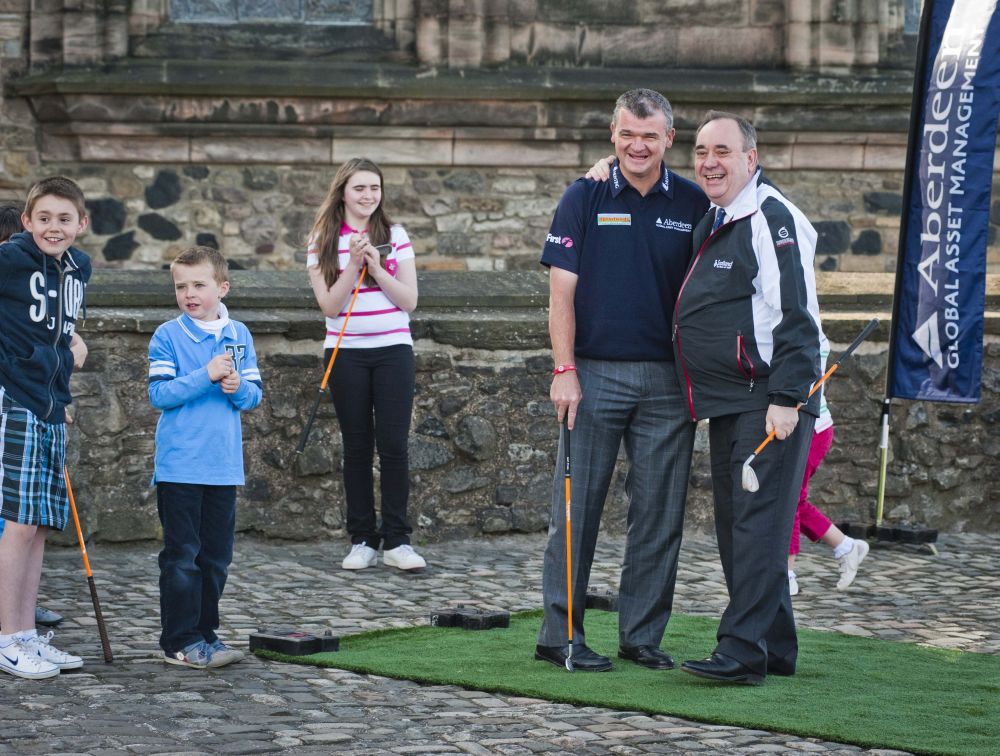 With thanks to Ann-Marie Parry.

Aberdeenshire East MSP, Alex Salmond has welcomed a £100,000 funding boost for the Paul Lawrie Match Play which will take place at Murcar Links Golf Club in Aberdeenshire this July.

The event will involve a 64 main field competing for a £1m euro prize.

Scotland will now host four full European Tour events in 2015, more than any other country in the continent.

The £100,000 investment will be managed through VisitScotland and will help raise the profile of the new event.

“Aberdeenshire is renowned for its world-class golf courses and I am very pleased that this event will help to showcase the best the region has to offer to both visitors and locals.

“Aberdeen played host to its first European Tour event last year with the Aberdeen Asset Management Scottish Open and I am delighted that the Scottish Government is helping to ensure the success of major tournaments in the north-east.

“We saw during The Ryder Cup how exciting match play format can be and I would encourage anyone to take advantage of the low ticket prices recently announced by the European Tour.

“This is fantastic news for Aberdeenshire and will help to raise the profile of this exciting new event and golf in general.”

“I’m delighted with the announcement that the Scottish Government will lend its support to the event and it will be great to have VisitScotland on board as a partner.

“There are some fantastic golf events taking place in Scotland in 2015 so we are grateful to receive this financial contribution to help make our event a success in its inaugural year.”