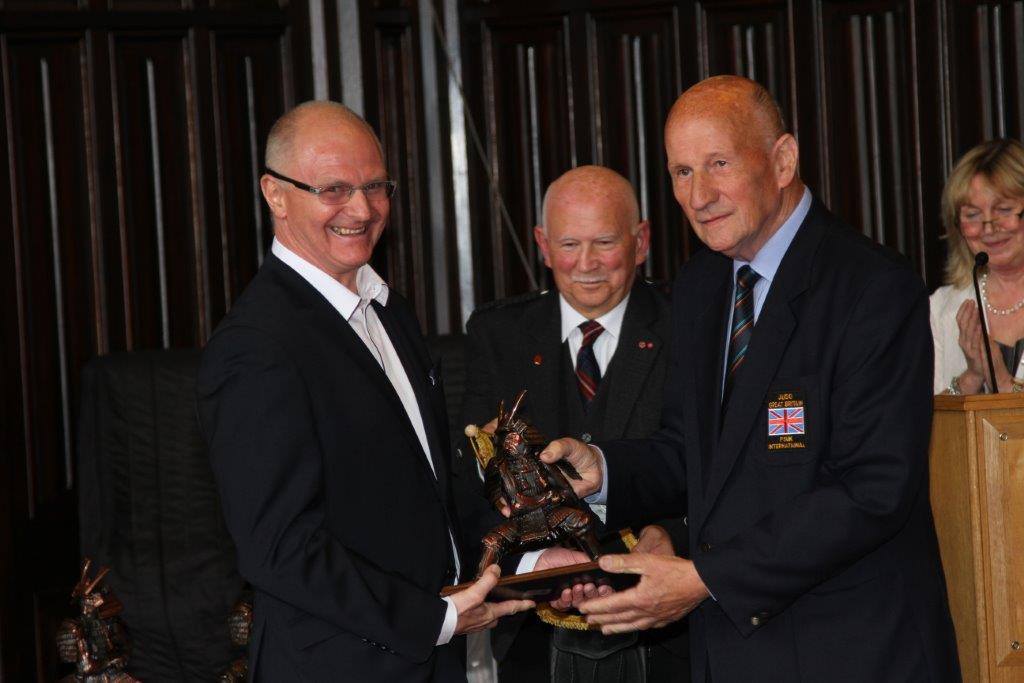 Aberdeen City Council treated the 2015 Scottish Samurai awards to a special civic reception at the town house on the 20th of July 2015. The Lord Provost, George Adam, welcomed distinguished guests and opened the awards with a very well received welcome speech.

First to collect an award was Benedict Bruce, the youngest of this years recipients was awarded the Scottish Samurai – Order of merit and was also presented with his WKC Shodan certificate by Dr. Fritz Wendland, the President of the world karate confederation who travelled from Germany.

Mr Hajime Kitaoka, the Consul General of Japan in Edinburgh was awarded the Scottish Shogun Commander for his work in promoting friendship between Japan and Scotland. Mrs. Kitaoka was also given a special presentation for her part in helping his work.

Two world-renowned sculptors, Hironori Katagiri and Kate Thomson were awarded the Scottish Samurai Award for their contribution to fine art.

The Lord Provost, George Adam collected an award on behalf of Aberdeen City Council for their part in helping with the hosting of the 2015 Samurai Awards and for Aberdeen, being the spiritual home of the Scottish Samurai.

The ceremony concluded with a thank you speech from the founder and president of the awards, Ronnie Watt OBE ORS (8th Dan) who celebrates 50 years of Karate in 2015 and also 20 years of running the Scottish Samurai awards.