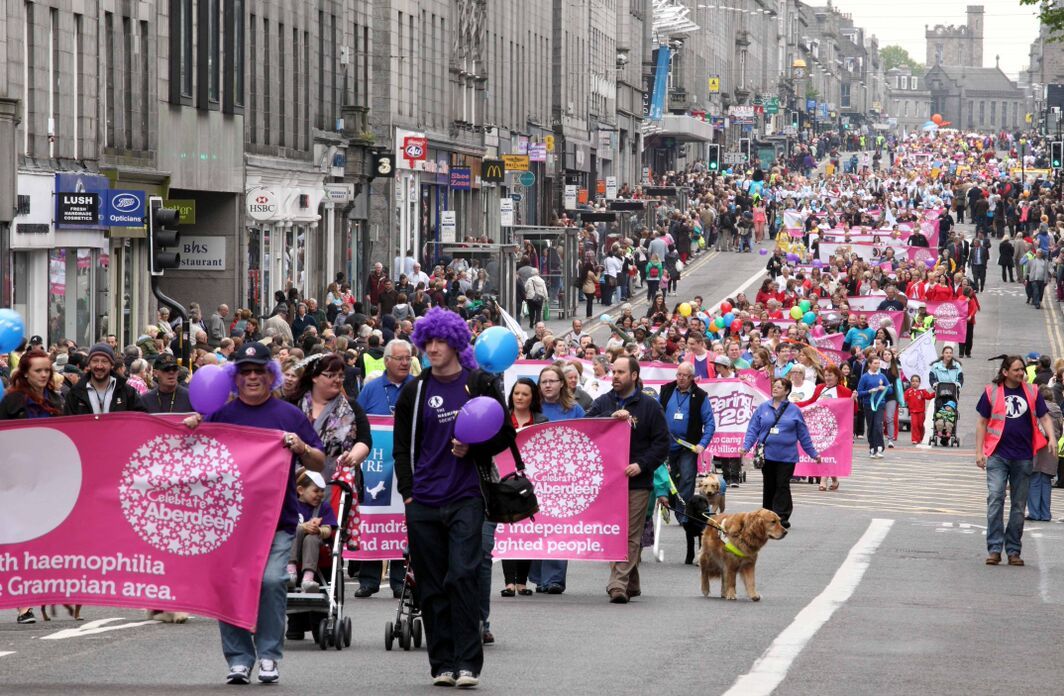 With thanks to Jessica Murphy, Citrus Mix.

Keen runners are being urged to come forward to take part in a one mile race down Aberdeen’s longest shopping street.

As the precursor to the popular Celebrate Aberdeen parade, the fourth Union Street Mile is being held on Saturday August, 22.

Sport Aberdeen, which organises the free pre-parade event, has invited pupils from P6 and P7 as well as from S1 to S4 to take part. The youngsters’ endeavours will be followed by the adults in the seniors race.

All races will start at the Music Hall, with runners heading towards the Holburn Street Junction, where they will then turn and head down Union Street towards the finish line at the Castlegate.

“The Union Street Mile is a lovely way to start the Celebrate Aberdeen weekend and we are delighted that Sport Aberdeen is putting it on again.

“The atmosphere on the day is always fantastic and I would encourage both youngsters and adults to put themselves forward to take part. We have a great range of activities and entertainment on throughout the weekend, so there is plenty to keep families entertained after the Union Street Mile.”

More than 90 charities have now signed up to take part in the celebratory weekend, which includes a parade through the city centre on Saturday, August 22 ,and a host of performances in Union Terrace Gardens on Sunday, August 23.

“Sport Aberdeen is looking forward to this year’s Union Street Mile and the Celebrate Aberdeen parade. The Mile is a fantastic event to showcase our local athletes and has received a great response since entries opened.  It’s great to be part of an event that highlights the city of Aberdeen.”

All children taking part must achieve the mile in under 8 minutes. To participate in the seniors’ race, entrants must be 16 years or older on the day of the event. There isn’t a cut-off date for entry but the event is being run on a first come first served basis, with those interested in participating encouraged to get entries in as soon as possible.

Runners should also submit their previous best 1500 metres time in order to meet with race requirements.

For more information or to take part contact sportevents@sportaberdeen.co.uk

For more information on Celebrate Aberdeen contact Morven Mackenzie on 01224 439990 or morven@citrusmix.com