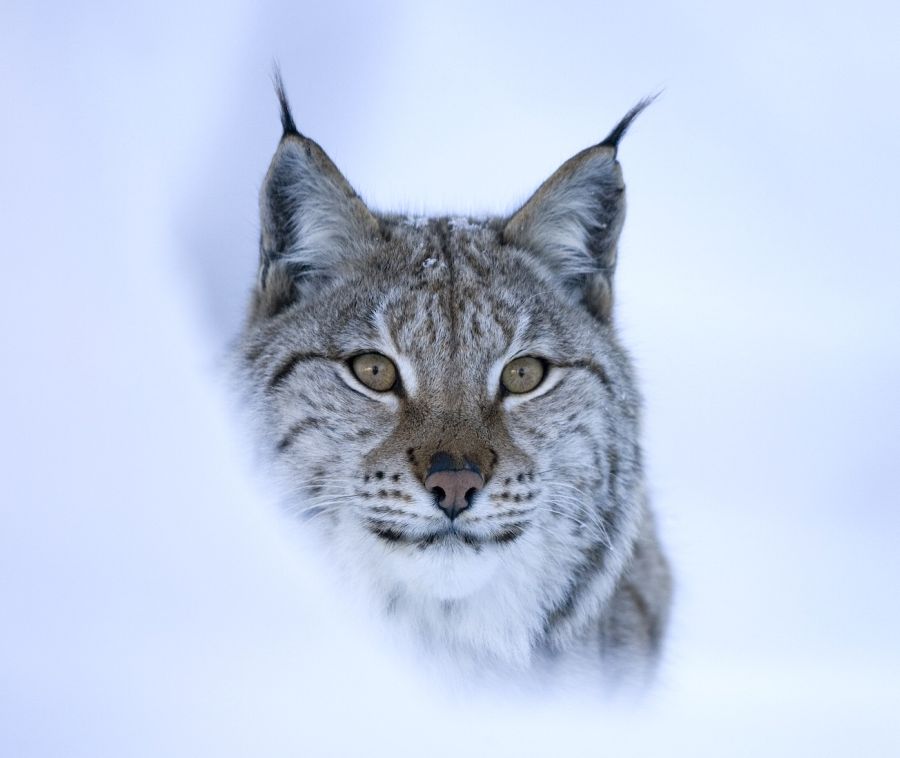 The return of predators, such as the lynx and wolf , were in the spotlight at a topical lecture featuring acclaimed writer George Monbiot and award-winning conservationist Alan Watson Featherstone of Trees for Life, in Edinburgh on Wednesday
With enthusiasm for ‘rewilding’ spreading quickly in the UK, the Rewilding the World event highlighted the significant benefits that this could bring to Scotland.

“Rewilding offers us a big chance to reverse destruction of the natural world. Letting trees return to bare and barren uplands, allowing the seabed to recover from trawling, and bringing back missing species would help hundreds of species that might otherwise struggle to survive – while rekindling wonder and enchantment that often seems missing in modern-day Britain.”

“Rewilding offers an exciting vision of hope, through the positive and practical work of renewing and revitalising ecosystems. In the Highlands we have the opportunity to reverse environmental degradation and create a spectacular, world-class wilderness region – offering a lifeline to wildlife including beavers, capercaillie, wood ants and pine martens, and restoring natural forests and wild spaces for our children and grandchildren to enjoy.”

The latest thinking on rewilding – including recent and remarkable scientific discoveries – has been captured in George Monbiot’s highly-praised and gripping book, Feral, that lays out a positive environmental approach in which Nature is allowed to find its own way.

Today few areas of the world are truly wild and Scotland is no exception. Long-term deforestation and overgrazing by too many deer and sheep has left the land depleted and barren, with much wildlife in retreat or missing altogether. The Caledonian Forest – Scotland’s equivalent of a rainforest – is now one of the UK’s most endangered habitats, with many of its rare species in danger of extinction.

Yet action across Scotland in recent years has offered signs of what could be achieved by restoring natural processes and protecting wilderness areas, and by reducing human interference in ecosystems.

In the Highlands considerable efforts to restore and expand native forests have led to the establishment of a new generation of trees – and their associated plants, insects and other wildlife – at many sites. High-profile successes include the re-establishment of healthy populations of birds of prey such as the sea eagle, osprey and red kite, and the trial reintroduction of European beavers at Knapdale in Argyll.

George Monbiot and Alan Watson Featherstone argue that far more needs to be done however, and advocate a more ambitious approach to bring wide-ranging benefits to wildlife and people, while putting Scotland on the map as a wildlife tourism global hotspot.

Scotland is also ideally placed to be a world leader in an international drive to slow, halt and reverse global forest loss. In a major announcement at the UN Climate Summit in late September, world leaders, companies and campaigners pledged in the New York Declaration of Forests to restore 150 million hectares of degraded landscapes and forests by 2020 and end deforestation by 2030.

Future rewilding could involve the reinstatement of missing species, including apex predators such as the Eurasian lynx and even the wolf, both of which play a crucial top-down regulatory role in ecosystems.

While the reintroduction of predators is often proposed as a means of reducing excessive numbers of red deer in the Highlands, its main impact would likely be in disturbing deer populations, causing these animals to move more frequently so that their grazing is less concentrated in specific areas.

The lynx – already reintroduced to areas of Europe such as the Alps and Jura mountains – offers little threat to sheep. It is a specialist predator of roe deer, a species which has multiplied in Britain in recent years and which holds back the natural regeneration of trees through intensive browsing.

Leading volunteering conservation charity Trees for Life is restoring Scotland’s ancient Caledonian Forest, and has pledged to establish one million more trees by planting and natural regeneration by 2018. To mark its 25th anniversary this year, it is offering expanded opportunities for volunteers to support its work and gain conservation experience.

The Rewilding the World event was organised by the University of Edinburgh’s Department for Social Responsibility and Sustainability as part of Edinburgh World Justice Festival.

George Monbiot – well known author and columnist for The Guardian – is currently setting up an organisation to catalyse the rewilding of land and sea across Britain. See www.monbiot.com.

One Response to “Rewilding Scotland – Return Of Lynx And Wolf”