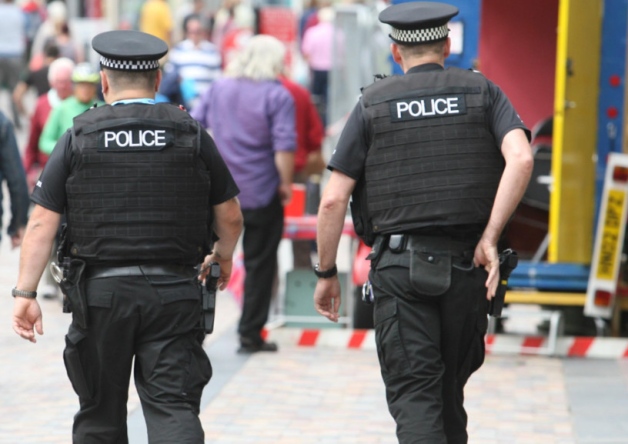 Mr Allard contacted papers and media outlets across the North-east last week saying that he was yet to receive a response from either Alison McInnes or Sir Malcolm Bruce.

“Every penny counts in the battle to keep our communities safe and the Lib Dems’ unpaid bill leaves an £800,000 hole in the Scottish police budget. This is deeply irresponsible behaviour.

“Malcolm Bruce and his party are showing contempt for Police Scotland which does a fantastic job protecting our communities. My message to the Lib Dems – pay up.”

However, in a letter published in The Deeside Piper on Friday, October 24, their response was quite clear.

The letter, signed by both Sir Malcolm Bruce and Alison McInnes, said: “In line with ACPO guidelines, the Home Office absorbs the majority of policing costs for party conferences held elsewhere in the United Kingdom.

“As policing is devolved, it is the responsibility of the Scottish Government and Police Scotland to safeguard these events when they are held in Scotland.

“In 2013, Police Scotland introduced a new system of charging for its providing policing services for commercial, private and community events.”

The Liberal Democrats’ federal conference in Glasgow in 2013 was organised prior to the introduction of the new charging regime and thus on this occasion the organisation applied the existing rules, based on the legacy framework established by ACPOS.

Contrary to Mr Allard’s claims, no contribution to policing costs was therefore sought directly from the Liberal Democrats.

According to the letter, this means that plans for the Liberal Democrat federal conference in 2014 did not require permanent police presence or patrols so none were deployed and thus no bill incurred.

The party also claim that they increased their own security provision and worked with Police Scotland to keep any associated costs down and say that they have written confirmation from Police Scotland that this was appropriate given the security situation.

The letter concludes with a barrage of shots at Mr Allard himself and the SNP government’s involvement in  negative changes to Scottish policing.

“While Christian Allard, therefore, was ill-informed and embarking on little more than shameful opportunism, we suppose our constituents will, to a limited extent, welcome his finally taking an interest in policing having previously done nothing to prevent local police stations from closing to the public, emergency control rooms shutting, the rate of stop and search across the North-east rising significantly – many without sound legal basis – and police with guns attending routine incidents…these are policies which Scottish Liberal Democrats challenged and succeeded in part in reversing.”

Andrew J. Douglas graduated from Robert Gordon’s University Journalism course in 2011. He has worked on titles up and down Scotland including The Glasgow Herald and Evening Times and he currently works full time as a reporter, photographer and sub editor for Johnston Press, specifically The Deeside Piper. He writes in his spare time and enjoys anti war music.