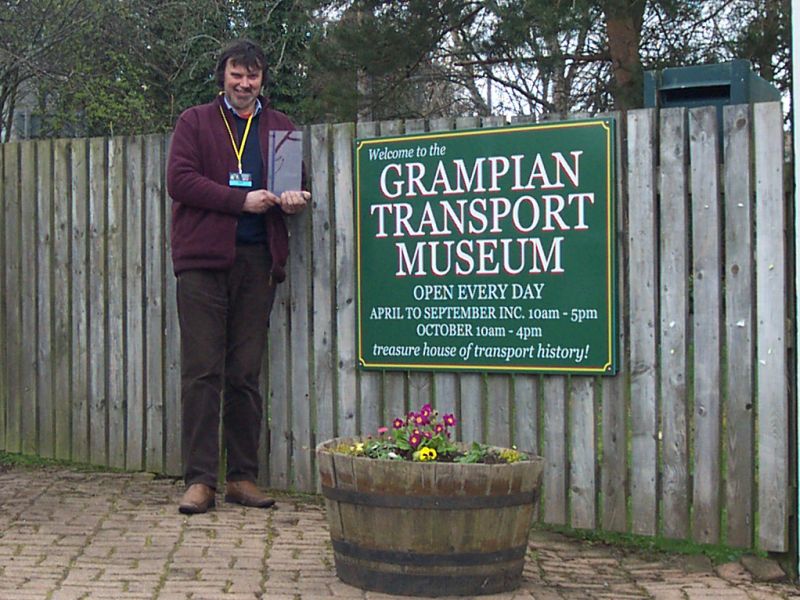 With thanks to Martyn Smith, Marketing and Events Organiser, Grampian Transport Museum.

The Grampian Transport Museum is delighted to announce success at the inaugural Aberdeen City and Shire Tourism Awards, which took place on Friday (28th March)

Hosted by Original 106 presenter John McRuvie, the awards
celebrate and recognise excellence in the regions hospitality and tourism sectors.

The black tie event, at the Ardoe House Hotel, was organised by the Aberdeen City and Shire Hotels Association and the Alford museum was presented with the ‘Visitor attraction of the Year‘ award, sponsored by the Marcliffe Hotel.

Also on the final shortlist for the accolade were Drum Castle, Macduff Marine Aquarium and Deeside Activity Park.

Presented with the award just hours before the Museum opened to the public for the new season, curator Mike Ward said:

“Grampian Transport Museum has been developing steadily over the past three decades from volunteer community roots and winning this award is a great boost to the Trustees, staff and volunteers past and present, who have built it up into a top notch visitor facility.”