Aberdeen and its hinterland in the 19th century, from the research published in Fishermen, Randies and Fraudsters, had its fair share of criminals hell-bent on pursuing their career of choice no matter the misery or inconvenience caused and generally undeterred by the sanctions likely to be applied if caught.  Review by David Innes 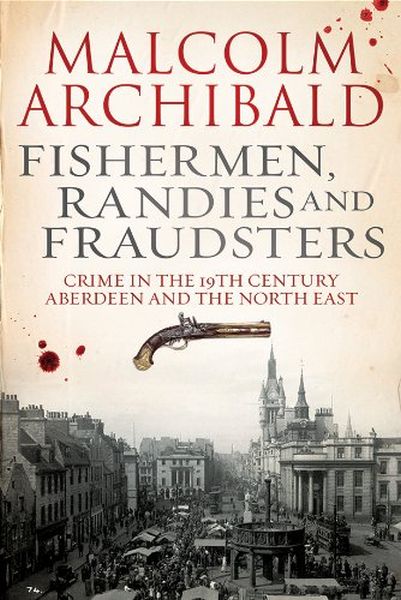 Burglars, pickpockets, drunkards, whores and murderers all feature as Archibald paints a picture of urban and rural lawlessness and the increasingly difficult task faced by the authorities in attempting to keep some sort of order with so few resources and tight budgets, 200 years before central police forces, remote control rooms and controversy over corroboration.

These were the days before highly-organised law enforcement, sophisticated communication technology, forensics and general respect for those attempting to keep order, yet some of the crime solutions Archibald features show ingenuity, bravery and doggedness.

There are also examples of enforcement officers’ stupidity and occasional willingness to partake of petty crime themselves.

Nothing changes, it seems.

Archibald even includes an interesting civil case concerning the whaling industry and ownership of a whale wounded by one ship but finally pursued to the kill by another, a tale that exposes the hardship and brutality of this profession as well as the colossal rewards at stake.

Fishermen, Randies and Fraudsters gives a well-researched  overview of those far-off times, the individuals concerned and the increasingly-difficult job of detection of miscreants which led, almost inevitably, to the establishment of modern, organised police forces. Whilst it is informative and insightful, the narrative might have been presented in a more lively way, but that is a minor criticism of a worthy addition to NE history.