Motor vehicle theft in Aberdeen has gone through the roof with a value over £1 million last year.  Could this surge in crime have anything to do with a local Facebook page which glamourises car and motorbike theft?  A document  circulating in Aberdeen detailing the online and on-street behaviour of the ‘AberdeenBoyz Stig ftp’ group has been sent to Aberdeen Voice. Phoebe Copeland writes. 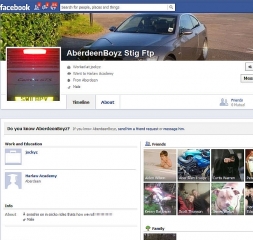 This week Grampian police cautioned theft victim Lesley Ross.  She made a series of Facebook postings after her car was stolen which featured swear words and the wish that whoever stole her Audi would wind up wrapped around a telephone pole.

What, if any, law was violated by Ms Ross is unknown.  The Daily Record reported her story yesterday, which led to widespread criticism of the Grampian police.

In the meantime, the same police force has not taken any known action against a Facebook page,  AberdeenBoyz Stig ftp (‘ftp’ is a well-known abbreviation meaning f**k the police).

The site’s main purpose, or rather, its only purpose appears to be advocating vehicle theft, with an emphasis on Audis and other high-performance cars.  Shocking images include:

The page has over 400 friends, clearly identified in this ‘open’ group, meaning anyone can freely see who is involved and view the images.  These ‘friends ‘include people who claim to work for or are associated with the following companies:

There appears to be a strong connection with Harlaw Academy, with the page owner apparently also connected to Harlaw.  Other schools are also well represented.

It is hoped the police will be investigating urgently. At the time of writing the page is still online and it is a mystery why there has been no sign whatsoever of any arrests connected to the page.  Last week, Grampian police found six stolen cars and charged 11 people with related offences.

In the last quarter of 2012 approximately 86 people were arrested, some in their teens.  Yet there the Facebook page remains, equating grand theft with excitement and fun.  This crime has victims, and can result in criminal charges for thrill-seekers, reduce any future employment prospects, and of course lead to serious injury and even death. 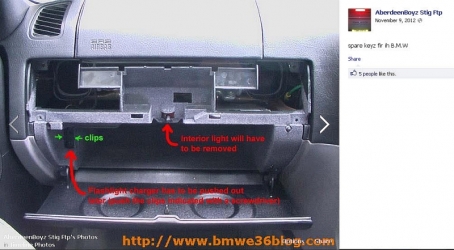 It is very worrying that some of these friends work with some of society’s most vulnerable people including the elderly, the infirm, and people with special abilities and children.

If these people willingly advocate theft, then this indicates an elevated risk to the people in their care.

If they condone theft, and care little about the victims of theft, then the level of compassion and care they provide to those they are responsible for also becomes questionable.

Another great concern is that people who support this page would have knowledge of their clients’, neighbours’ and co-workers’ movements, and therefore in a position to pass information about high-performance car owners’ holidays and whereabouts on to those prepared to steal vehicles.

While it is not certain by any means, nor implied that these ‘friends’ are involved in criminal activity, they are supporting a page which glamourises and offers instruction on theft of vehicles.  Employers and school officials are already thought to be scouring the site.

How they will respond to the discovery that their firms or schools feature on this page along with photos of their employees or students remains to be seen.

At the time of writing, the page is still  available for anyone with a Facebook account to view.  How much longer this will remain to be the case is unknown.  Anyone who had a car, bike, bicycle or other vehicle stolen may wish to look at the over 40 photos of stolen items.

In the meantime, you may wish to  remove valuables and spare keys from your car and keep any spare vehicle keys hidden away as the thieves have been known to break into homes and take keys from key racks, etc.

Do not allow any suspicious behaviour to go unreported, and above all, do not put your own safety at risk by attempting to intervene should you witness what appears to be a theft in progress.

Despite the high level of this type of crime in the city, luckily, no one has yet been killed.  Sadly has not been the case in Glasgow.  Christopher Grenfell was found responsible for the death of James Simpson, a law-biding elderly pensioner, on 29 November 2011.

Simpson was trying to stop his car being stolen and the thief callously ran him over, killing him on his own property.   What started out as yet another car theft and ended in an innocent man’s death and a thief turned murderer getting a life sentence.

It is hoped the Grampian Police will take immediate action to tackle organised vehicle crime which appears to have been allowed to thrive here.