With somewhat uninspiring opening lines such as ‘O Thou! Who rollest in yon azure field’, ’When energising objects men pursue’ and ‘We do not curse thee, Waterloo!’ it’s a wonder that anyone reads Byron nowadays, unless forced by academic requirements, or perhaps an over-enthusiastic zeal for the great days of the celebrated Romantic Poets. Duncan Harley looks at the truth and myths surrounding this enigma. 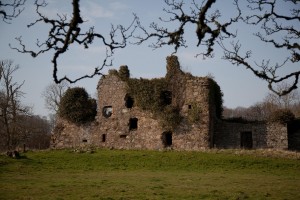 Byron remains popular and his following is undiminished. He wrote of course, amongst other works, Don Juan.
In the classic version, Don Juan is portrayed as a wealthy Lothario and libertine who devotes his life and soul to the seduction of women. His life is also punctuated with bouts of extreme violence, instances of murder and, almost inevitably, lots of gambling.

The tale’s ending depends on which version of the legend one reads.

Tirso’s original play has been interpreted as a religious parable warning against Don Juan’s sinful ways and ends with him dying, having been denied salvation by God. Other authors and playwrights have interpreted the ending in their own fashion. Espronceda’s Don Felix walks into hell and to his death of his own volition, Zorrilla’s Don Juan asks for a divine pardon. The figure of Don Juan has inspired many interpretations.

Byron’s version, however, reverses the classic womanising image of legend, portraying the protagonist not as a womaniser, but as a man easily seduced by women. Written over 16000 lines of verse, Byron himself called it an ‘epic satire’ which indeed it is.

There is much more to the poet though. Born in 1788 in London, and still regarded as one of the greats of British poetry, in Greece he is still revered for having fought for Greek independence from Ottoman Empire rule. In some ways, his life, if you discount the numerous love affairs, aristocratic excesses and that slightly scandalous sexual affair with his half sister, mirrors that of Eric Blair, the author George Orwell.

Blair’s experiences in the Spanish Civil War might not be too different from those of Byron in the Greek Civil War of Independence. Between 1821 and 1832, Russia, the United Kingdom, France, and several other European powers fought the Ottoman Empire. Byron was for the Greeks and against the Turks and went so far as to die for the cause in April 1824, aged just 36.

he could have reversed the state of anarchy amongst the Greeks

In truth, he died of fever and not of heroic battle wounds, but given his romantic disposition, had he been able to tell of his own demise he would no doubt have immortalised his death in heroic romanticised stanzas.

The good folk of Greece, and in particular the folk of Missolonghi where Byron died, still commemorate his arrival in January 1824, during a lull in the war with Turkey. There are those who to this day feel that he could have reversed the state of anarchy amongst the Greeks and brought the conflict to a swifter end.

Who was this man?

A poet obviously and a great one. A romantic, of course, who lived life to the full.

Byron’s mother was one Catherine Gordon of Gight. There are, of course, a whole lot of Gordons, from Moray to Aberdeenshire who ruled and feuded for centuries. A Gordon fell at Flodden, another in Flanders and they murdered each other without mercy over the years, waging war amongst themselves with predictable results. There are many Gordon Castles in NE Scotland and most are in either ruins or new ownership.

Catherine Gordon of Gight however topped the lot in some ways.

Gight Castle is a ruin nowadays. Set in a place of some beauty and difficult to get to, it was described by Cuthbert Graham in his Grampian: the Castle Country as being associated ‘from first to last’ with a race whose story was ‘crowded with murder and sudden death’. 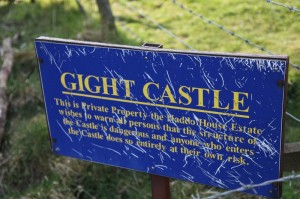 George Gordon built Gight Castle in 1560. In line with the defensive thinking of the time, it resembled Delgatie Castle in design, measuring around 70ft by 50ft and built on an L-plan and may have been commissioned from the same architect. Unlike Delgatie, it has not survived the ravages of the last half millennium.

Catherine Gordon had the misfortune to marry a man known as Mad Jack Byron, a conspicuous gambler and Coldstream Guards Officer.

After Mad Jack had squandered most of her fortune and deserted her, Mrs Byron took her infant son to Aberdeen, where they lived in lodgings on a meagre income.

Meanwhile, Mad ‘Foulweather’ Jack died in 1791 aged 35 at Valenciennes in Spain. Lord Byron would tell friends that his father had cut his own throat, but that may be an exaggeration.

Byron junior attended school in Aberdeen and lived for a while in Queen Street. Whilst his impoverished mother drank, he attended Aberdeen Grammar School before launching himself into what some consider to be a romantic repeat of his father’s attempts to gain happiness and fulfilment in a life misspent.

The lands and castle of Gight were sold to pay off Mad Jack’s gambling debts and the rest is history. The ruin remains and nowadays sheep graze on what might have been Lord Byron’s legacy. Perhaps I prefer the poetry though.

There is, I am told a pub in Aberdeen’s Northfield named after the man. Now, that is an accolade indeed.