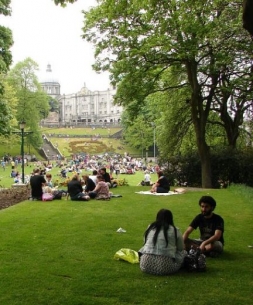 The City Garden Project is effectively dead and although Sir Ian Wood has left his offer of £50 million investment on the table for another year, his project is now unlikely to go ahead.

The final blow came with the publication of a Freedom of Information (FOI) request that showed that politicians in the Scottish government had tampered with the rankings of TIF (Tax Increment Funding) applications made by Scottish councils.

The Aberdeen TIF was ranked a lowly tenth out of sixteen, but was then moved into the top six – a placing that would qualify the project for government sanction.

This furtive move has finally destroyed whatever credibility was left for the City Garden as a TIF project and the FOI documents also reveal the Aberdeen business case as dubious.

So, while it is unlikely that there will be any future attempt to bulldoze through a City Garden Project TIF, if there is, it will be shouted down as foul play.

Additionally, councils elsewhere in Scotland are hacked off with the Scottish government as the TIF ranking process was supposed to be objective – as befits a process allocating multi-million pound infrastructure spending in Scotland – but wasn’t.

The message is clear – Union Terrace Gardens have been saved!

There is an unreal air about this as I’m not sure many people really believe that the park has survived, yet it has.  There are several factors that have led to a lack of belief, let alone euphoria, on the issue.

The relentless juggernaut of the City Garden Project has been rolling for almost four years, supported by the rich and powerful, together with local and national governments and the Aberdeen press.  So the fact that it appears to have just ‘evaporated’ overnight seems incredible, but that’s exactly what has happened.

The August 22nd council vote rejected the City Garden Project and the current council administration are determined to stick to the decision.

This is the power of participative democracy in action.  An interest group tried to boss through the project by all means possible and met up with the checks and balances of a democracy that we should all be extremely thankful for. 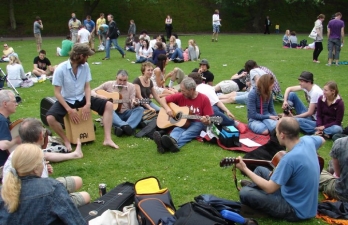 We now move forward with a future for Union Terrace Gardens. The status quo is not an option.

The Gardens need tender loving care to restore them to their former glory and to get them back to a fully functioning park.  It won’t take much to kick this off, but it does need to be done.

This was the theme at the AGM of the Friends of Union Terrace Gardens held in the Belmont Cinema last Saturday.

The AGM marked a pivotal moment for the Friends group as it signifies the transition from a campaign phase to one where we can adopt a protective and proactive role for Union Terrace Gardens.  This role will be similar to that adopted by the Friends of Duthie Park in which the council manage the day to day running of Duthie Park while the Friends act to raise funds – they have raised several million pounds – and make improvements to the park.

In my last speech as chairman I announced that we have been asked by the council administration to make a proposal outlining what we would like to see happen in the park.  This would be much more than a wish list.  We would intend the programme to advise on the improvements and features that the park needs, together with indicative costs and a strategy for fund raising.

We held a general discussion amongst our membership as to what they thought was needed to improve the park and, unsurprisingly, better toilets and easier access came top of the list with everything else being open to further discussion.

I did not stand for re-election as Chair as I felt that someone with a less divisive reputation needs to take the group forward in its new role.  I also need a break, as the past few years have been somewhat hectic, although I will stay on the committee.

We have a new chairwoman, Robin McIntosh, who is the perfect choice as she is an expert on facilitation skills.  Skills that she will get the chance to use to best advantage before long.

In her closing message at the AGM Robin said:

“We want to make it clear that the future of the Gardens is in the community’s hands, that the decisions we are going to make will be to please the people.  These are exciting times for Friends of UTG and I am looking forward to a year of progress; big and small.  The city centre’s green heart deserves to be loved and used, and we are going to help to do this.”

The people of Aberdeen have saved Union Terrace Gardens.  This is only the beginning.  We can now go forward and restore our park to its full glory.  A park that is the pride of Aberdeen!