Aberdeen Voice’s Suzanne Kelly visited Tullos Hill on 29 August and St Fitticks’ on 2 September.  These were sites of tree planting – and deer culls.  Around 40 animals were killed (the record-keeping is so poor and the freedom of information office reports so contradictory that the exact number is hard to tell). Suzanne presents a pictorial record of the current condition of these two sites. 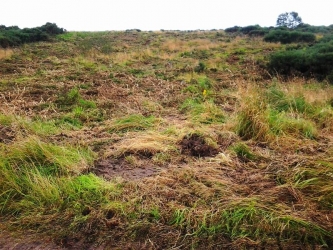 The Housing & Environment Committee  August 2012 took a report from Pete Leonard, Director of Housing Services, and supporter of the tree scheme and deer cull.

As we have come to expect, the report supports the scheme and the manner in which it was carried out. 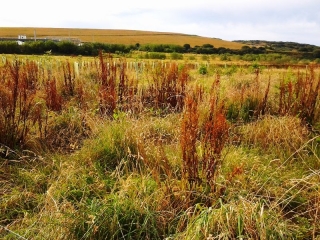 While we await the official minutes from this meeting, here are some photos intended as a special Thank You to scheme proponent Aileen Malone, Pete Leonard, countryside expert and ranger Ian Tallboys, mysterious consultant Chris Piper.
The city’s information office claim to have no information on his company or address – despite paying over £44,000 for this stunning result, and despite Piper writing a joint report sealing the Hill’s and the deer’s fate. 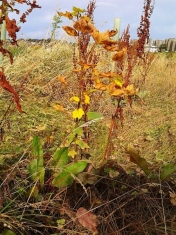 Thank you as well to all those councillors who voted in favour of the Tree for Every Citizen Scheme and who voted to stop myself and Andy Findlayson (now elected councillor) from speaking out on the scheme’s flaws when this could have been prevented.

None of this would have been possible without these peoples’ involvement and determination to turn a once beautiful, thriving hill into what you see in these photos.

Yes, parts of the hill were left intact – but much of the biodiversity and beauty is gone. 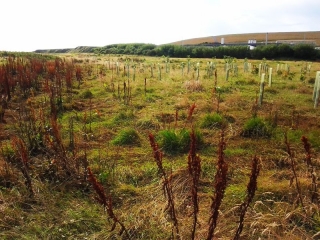 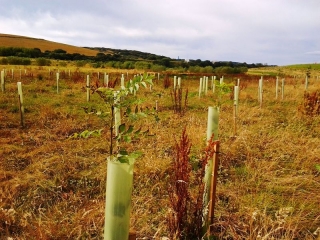 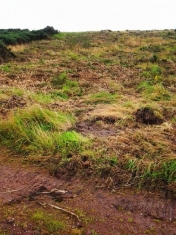 What if the £120,000+ spent on this unwanted scheme had gone on preventing arson in the gramps instead?

The Minutes of this meeting are not out, but word has it those who favoured the scheme have hailed it as ‘a green success.’

The incorrect, legally unsupportable position that the deer had to be destroyed anyway was maintained. 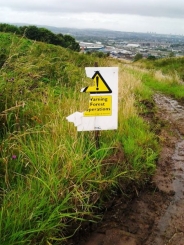 There were also assurances that the shooting took place with proper regard for safety.

Those responsible for decisions concerning the actual shooting and risk register are in for a surprise before long on that score.

The only good thing that came from the H&E meeting was the repeated reassurance from new Convener Neil Cooney who replaced Aileen Malone that there will be no repetition of any scheme that demands the life of deer to plant arbitrary trees. 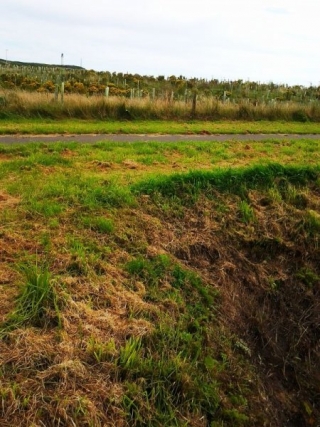 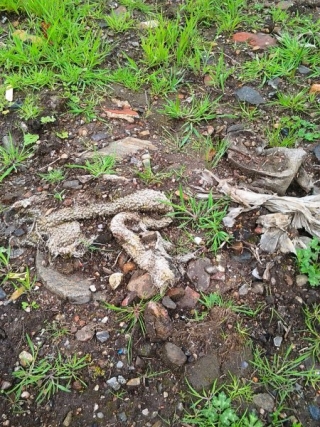 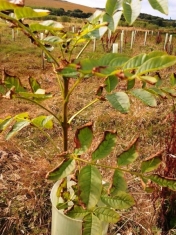 Will these trees thrive?  Doubtful.

The soil is poor, the trees will be subject to ‘wind toss’, there is salt spray from theNorth Sea, and weeds are being left totally unchecked.

Was anything like the scheduled 89,000 trees planted on Tullos and St Fitticks?

If you want to attend an upcoming meeting (date, time TBC) on next steps and lessons learned, please get in touch at tullosdeer@yahoo.co.uk . 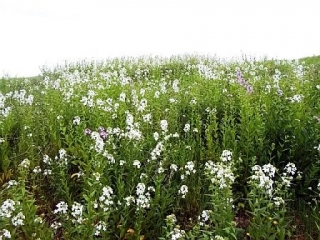 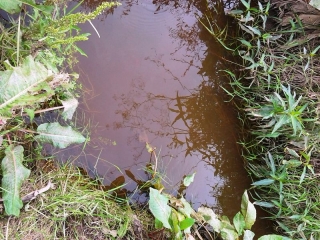 The scheme may be over, the PR and legal repercussions for its supporters is not.